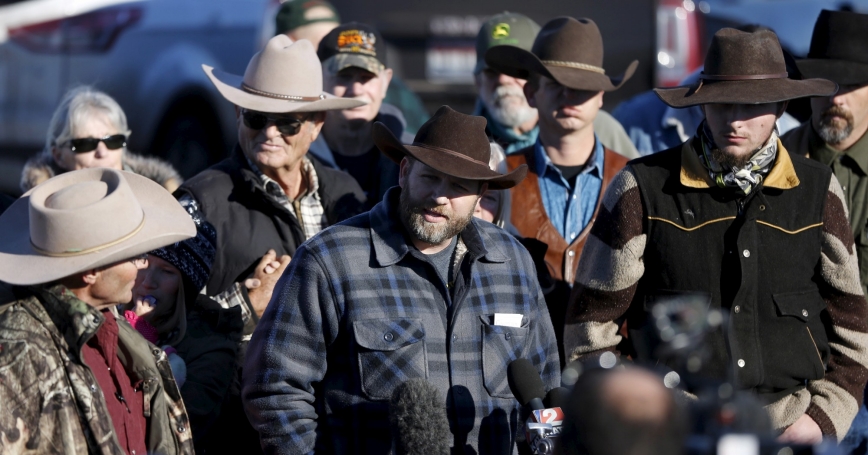 Leader of a group of armed protesters Ammon Bundy talks to the media at the Malheur National Wildlife Refuge near Burns, Oregon, January 8, 2016

The standoff in Oregon is a modern Western that could end in a Greek tragedy. There are no angels in this story. There are old fools and younger hotheads, single-minded prosecutors worried that judges might get the silly notion that they have the discretion to judge, and unbending federal bureaucrats seemingly intent on teaching others a lesson. Enter a posse of self-proclaimed militiamen, fueled by antigovernment sentiment, who say they occupied a national wildlife refuge to protect persecuted ranchers....

Brian Michael Jenkins is senior adviser to the president of the nonprofit RAND Corp. and the author of How the Current Conflicts Are Shaping the Future of Syria and Iraq.

This commentary originally appeared on Slate on January 13, 2016. Commentary gives RAND researchers a platform to convey insights based on their professional expertise and often on their peer-reviewed research and analysis.