Solving the Geometrical Problem of Terrorism 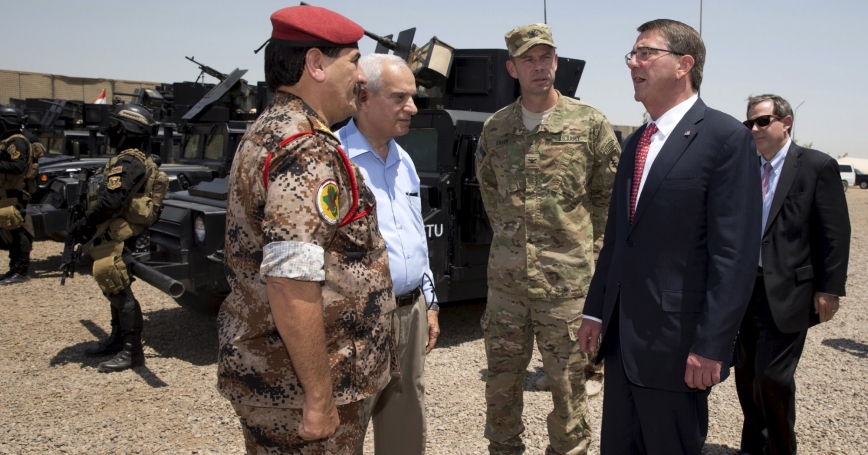 Recent attacks in Paris and San Bernardino have renewed concern about terrorists striking here in the homeland. While changes to security measures will undoubtedly be necessary, actions focusing narrowly on single groups or regions will not be sufficient.

In truth, no single solution or narrowly oriented set of actions will ensure the safety of Americans either here at home or overseas. Strategies to deal with terrorism should be created based on an understanding of the nature of the terrorist threat and the structure of terrorist organizations.

Think of terror organizations as being composed of four elements, organized in concentric circles with the leaders at the center bull's eye, operational elements in the second ring, supporters in the third and sympathizers in the fourth. Each has a very different role in the organization and a different degree of commitment to the cause. Ultimately, neutralizing each group will require different strategies.

The leaders of a terrorist organization provide direction and serve as a source of inspiration for the group and its followers. They may serve only as the titular heads of the organizations or may have an operational role as well. Regardless, these are hardened, committed individuals that are not likely to be dissuaded from their activities: They should be hunted down, captured or killed. The current attacks on Raqqa, Syria, for example, target key Islamic State group leaders.

The second of the circles is the operational component where the elements responsible for conducting terrorists' attacks reside. These individuals may act on the direction of the leaders of the terrorist organization, get operational support from the parent organization or may only draw inspiration from the organizational leaders. The Boston bombers, for example, drew inspirational and technical support in the form of instructions for a pressure cooker bomb from al-Qaida's “Inspire” magazine. The Paris terrorist attacks gained inspirational, financial and operational support from Islamic State group leadership in Syria. And it appears that the San Bernardino terrorists, Syed Rizwan Farook and Tashfeen Malik, may have been self-radicalized with inspiration from foreign terrorist leaders, although as the investigation continues a more direct link might be identified. These operational elements are dedicated individuals, and, like the leaders of terrorist organizations, are unlikely to be easily persuaded to give up their beliefs or their violent ideology. For such individuals, only pre-attack intervention by intelligence or law enforcement is likely to be effective.

Operational supporters are contained in the third concentric circle. These individuals may have a hand in providing a range of support activities to operational elements. Such support could include providing money, pre-attack information or accommodations, help with identification like passports or even weapons. The degree of commitment may vary greatly within this group, from highly committed to generally interested in supporting their cause but not willing to actively support or take part in the any planned violent activity. For example, in the case of San Bernardino, authorities have yet to explain the motivations of one of the shooters' close friends, Enrique Marquez, who bought two of the guns used in the attack. Marquez may, in fact, be an example of someone with an awakening level of commitment to terrorist goals.

The final concentric circle consists of those best described as sympathizers. They take no active part in supporting or executing operations. They have empathy for the cause and may even see an attack as justified in retribution for perceived past injustice. They are part of the terrorists' broader ideological community but are not active participants in any aspect of an attack. Since they are part of that community, though, the people in this group are potentially well-positioned to play an important role in countering terrorist activities — that is, if they can be persuaded.

The point of dividing terrorist organizations in this manner is to illustrate that the terrorist problem cannot be solved through a set of draconian measures that treat the four groups as a single entity. Rather, separate strategies must be developed to address each of the components. Some common elements exist, however, including the use of intelligence, communications resources and the use of force by law enforcement.

For the leaders and operational elements, intelligence and the use of force should be targeted to capture or kill, while the communications goals should be to deter or deny. For operational supporters or sympathizers, however, the goals should be more subtle. Working within communities, outreach and education campaigns can help shape the narrative, alter allegiances and impede radicalization. Interaction between authorities and community and religious leaders can also help establish norms, identify anomalous behavior and lead to the identification of those likely to be in the process of radicalization or even those planning attacks. At the same time, law enforcement can monitor travel, financial transactions and social media; block extremist material; and prosecute where appropriate. The goal should be to isolate the supporters and sympathizers from the leaders and operational elements, thus depriving would-be terrorists of important tangible and psychological support.

It is only through such a comprehensive and measured strategy that addresses the various components of a terrorist network that the United States can effectively deal with the terrorist threat today.

This commentary originally appeared on U.S. News & World Report on January 12, 2016. Commentary gives RAND researchers a platform to convey insights based on their professional expertise and often on their peer-reviewed research and analysis.