The Tide Is Going Out on Putin 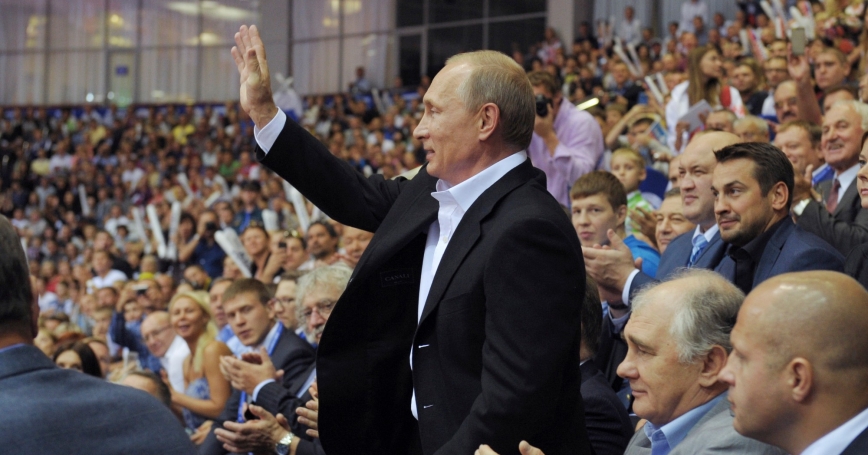 Russia is a great power whose reach now exceeds its grasp. Although capable of bold moves, it is beset by strains.

In 2016, Moscow will face pressures to align ambitions with means, but this will require reforms, a doubtful prospect. The West has a stake in Russia's course, but can influence it only at the margin.

In the first year after he came to power in 2000, Vladimir Putin oversaw a steady rise in Russia's standard of living, fueled by higher prices for raw materials exports and accumulated economic reforms.

Since he returned to the Russian presidency in 2011, the economy has moved into crisis. Politics are driving too much economic policy and wasteful state enterprises squeeze the private sector. The oil-price drop and Ukraine-related sanctions weaken the commodity-driven economy, already sapped by policy rigidity, corruption and criminality. GDP in 2015 declined by four percent.

The outlook for 2016 might improve slightly, but downward risks will remain. Oil prices may stay low. Western sanctions are likely to persist. Perceiving high risk, investors on whom Russia depends to spur growth are reluctant. Proposed gas projects with China and Turkey are foundering, and the planned Nordstream 2 gas pipeline to Germany is controversial.

Except for terrorism and insurgency in parts of the North Caucasus, Russia appears outwardly stable. The anti-Putin demonstrations by tens of thousands of peaceful protesters in 2011–12 are no more.

After Russia's intervention in Syria, an official poll claimed that Putin's popularity had risen to almost 90 percent, though propagandistic state media can affect public attitudes and the results may have been influenced by respondents' concerns with expressing a negative opinion.

Hints of discontent, however, are evident. A recent trucker strike over a new tax sparked the largest public protest in recent years; a poll showed a majority of respondents backing the drivers.

Though little publicized, social protests around the country have risen. The government is preparing the security forces in case of disturbances again around Duma elections, set for later this year. At an elite level, the war in Ukraine and the economic downturn have caused unease, but those dissatisfied are disorganized or intimidated.

Russia's influence abroad is ebbing. An imperial mindset and insensitivity explain why. In 2005, Putin claimed the collapse of the Soviet empire “was the greatest geopolitical catastrophe of the century.”

In 2008 he told then-President George W. Bush, "Ukraine is not even a country." Last year Putin said Kazakhstan had never been a state until President Nursultan Nazarbayev assumed power. Such attitudes stir resentment.

Moscow's biggest stumble is in Ukraine. After the surprise, bloodless takeover of Crimea two years ago, the Kremlin became over-confident. It attacked eastern Ukraine with proxies and then its own forces, but Ukrainian defenders fought them to a standstill.

Russia has now lost much of its influence in Ukraine. A Pew poll last spring found that even in Ukraine's east, 61 percent of respondents viewed Russia unfavorably.

Despite Russian occupation forces in Georgia, Moldova and Ukraine, all three have Association Agreements that bring them closer to the European Union. One reward is visa-free access. Other neighbors oppose some of Moscow's wishes.

Belarus is resisting a Russian air base; Kazakhstan is stymying Putin's aim to expand the Eurasian Economic Union (EEU) into a political and currency union; a new Lithuanian terminal for liquefied natural gas frees the Baltic states from Russia's gas monopoly; and a million ethnic Russians live in the Baltics, but show no interest in joining Russia.

Moscow's hopes have been frustrated elsewhere. In the wake of sanctions Russia “turned to the East,” but China is exploiting its isolation and offering little financing. Meanwhile, Beijing is investing billions of dollars in Central Asia, displacing Russia's influence.

When Bashar al-Assad's legions in Syria were reeling, Russian forces intervened. Together, however, they have not regained much lost territory. Iran may be drawing down its fighters, leaving Moscow more exposed. Russia is not powerful enough to succeed in Syria unless it works with the international community to find a political settlement that moves beyond the Assad era.

In all three contexts—domestic politics, economics and foreign policy—Russia is losing ground, but some of its leaders may not recognize this. Moscow has made some concessions to reality, such as floating the overvalued ruble, cutting the state budget and dialing down attacks in eastern Ukraine.

Russia can take other steps to strengthen its position, such as withdrawing from Ukraine, privatizing inefficient state enterprises, improving the investment climate and nurturing an EEU that lowers trade barriers and treats all members fairly.

This will not be easy for the Kremlin. It has replaced the earlier social contract, which promised people a rising standard of living in exchange for staying out of politics, with one based on rebuilding Russia as a great power. To back down could put at risk the current leadership, but policy stasis will hasten decline.

In an interview with the German magazine Bild on January 12, Putin indicated that he wanted to improve relations with the West, but that it first must acknowledge the injustice of its approach to Russia and remove sanctions.

This will not fly. The West will not sacrifice its values, but may be willing to accommodate legitimate interests. For example, the West is likely to maintain sanctions related to aggression in Ukraine, but seems ready to end them if and when Russia withdraws.

Russia will have a difficult year, but can take a number of steps to make it better.

If Moscow is willing to cooperate on Syria, the West should allow it a key role in the peace process. With effort and with bona fide, legitimate intent to solve the problem on both sides, it's possible in these next months to find those Minsk agreements implemented.

This commentary originally appeared on Newsweek on January 24, 2016. Commentary gives RAND researchers a platform to convey insights based on their professional expertise and often on their peer-reviewed research and analysis.