Will the Pharmaceutical Industry Learn from Past Mistakes? 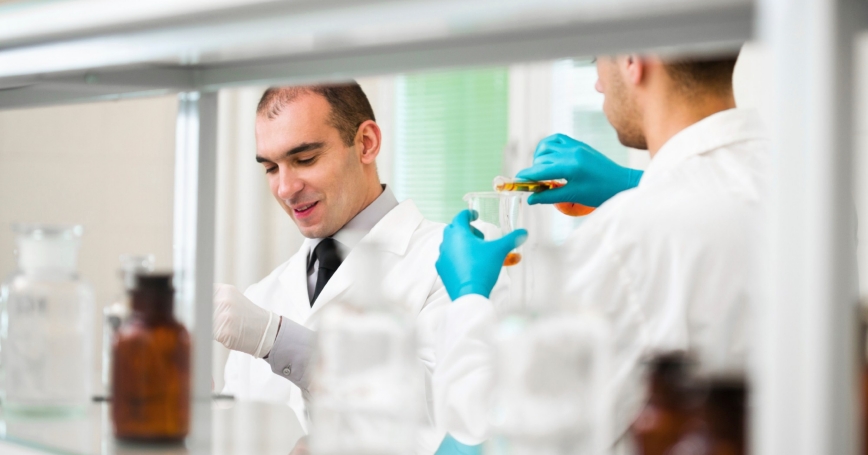 Awash in negative headlines, public condemnation and government scrutiny, the pharmaceutical industry faces a public relations problem that, left untreated, could bring new regulations or sanctions either from governments or the courts. At the same time, though, the recent scandals over price gouging could offer an opportunity for responsible, research-based companies to distance themselves from the profiteers.

The industry has come under fire at a time of unprecedented innovation. As a physician who trained in the 1990s, I am in awe of the recent breakthroughs. Immuno-oncology drugs like Keytruda (pembrolizumab) and Opdivo (nivolumab) offer hope for patients with previously untreatable cancers. Entresto (sacubitril/valsartan) — the first novel treatment in over a decade for congestive heart failure, a condition deadlier than most cancers — was approved this year. There is a cure for many forms of Hepatitis C with Sovaldi (sofosbuvir) and vaccines for dengue fever and maybe even malaria may become available soon. More patients in developing countries than expected have access to antiretroviral drugs for HIV/AIDS and companies are devoting resources to achieving the same for the new scourge of noncommunicable diseases.

At the same time, some in the industry have been seeking to tackle the image problems. Overeager sales representatives are being reined in. Financial ties to physicians and clinical trial data are being disclosed. The main industry bodies in the United States, PhRMA and BIO, disowned Turing Pharmaceuticals, the company behind the notorious 5,000 percent price increase for Daraprim, a critical drug for certain infections in immunocompromised patients.

But more needs to be done and, in my opinion, the challenge is that most large companies are still being ruled by executives who are laser-focused on quarterly numbers and short-term profit; and lawyers who instinctively prefer established business strategy because its risks are known and manageable. This combination creates a blind spot for the coming tectonic shift in the health care system from fee-for-service to pay-for-value. This shift will radically change how health care is organized and financed over the next decade, and the industry will only get to help shape its future operating environment if it is seen as a responsible partner. Otherwise it will be at the receiving end of fundamental reforms that may well include price regulation in the United States, price negotiations by Medicare or permissions to reimport drugs from other countries.

An important step would be for the “research-based” companies, who truly innovate, to distance themselves from companies that operate like hedge funds, seeking out investment opportunities rather than focusing on research. The hedge fund business model focuses on generic but essential drugs that are only made by one or two manufacturers, because the market is so small, as in the Daraprim example above, or because they are costly to manufacture relative to their price, such as some intravenous drugs.

Companies buy up those assets and then raise prices substantially. Customers have little choice but to accept the new prices, because those drugs are essential and because the weak manufacturing base makes finding alternative suppliers hard. An example is Isuprel, an intravenous drug to treat certain arrhythmias in ICU patients. Isuprel was already a generic product when I trained, but its price increased by over 500% last year after Valeant Pharmaceuticals, a well-known protagonist of the hedge fund model, acquired the rights to it.

In themselves, eye-popping prices for breakthrough drugs do not generate lasting public perception problems, if the prices reflect true innovation. Even notoriously skeptical institutions have come to accept the high price of newly developed drugs. The U.K.'s health technology assessment body, the National Institute for Health Care and Excellence, endorsed Sovaldi, albeit at a discount to the $1,000 per pill list price. The feared Institute for Clinical and Economic Review, an independent evaluation organization in the United States, ruled Entresto's price about right.

It would not be difficult for the research-based companies to distance themselves from the likes of Valeant, which spends about 5 percent of its revenue on R&D, compared to a typical 20 percent for the research-based companies. Their problem, however, is that they exploit similar, though less radical, pricing strategies for their own established products, just more quietly. So they are unhappy about the attention that companies like Turing draw to price increases, but they are not in a good position to squarely denounce the practice.

A solution could be for the research-based companies to adopt a voluntary code of conduct that would limit price increases on established products to inflation or to the cost of inputs. The short-term hit to profits would help protect the industry from getting thrown in with “hedge-fund pharma.” Moreover, the code of conduct would signal that its subscribers want to be rewarded for improving patients' lives with innovative products, not for using market power for short-term gains. This would be a small step for multi-billion dollar companies, but a giant leap towards becoming a respected partner when decisions about the future of health care are being made.

Soeren Mattke is a senior scientist at the nonprofit, nonpartisan RAND Corporation and the managing director, RAND Health Advisory Services.

This commentary originally appeared on The Health Care Blog on January 22, 2016. Commentary gives RAND researchers a platform to convey insights based on their professional expertise and often on their peer-reviewed research and analysis.