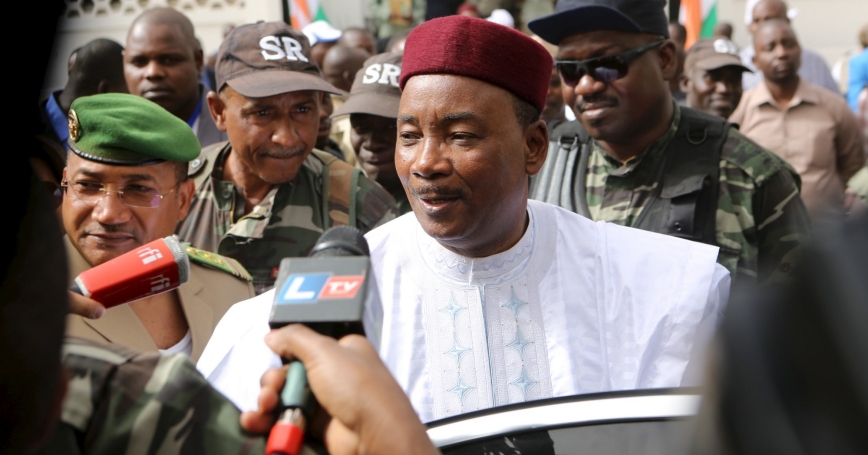 The presidential election held on Feb. 21 and 22 in Niger, though it has gone largely unnoticed in most Western news outlets, is of real importance for US interests in Africa and the global campaign against militant Islamists.

There are three things one needs to know about Niger. One is that Niger in recent years has become not only a highly valued counterterrorism partner in the region but also the de facto epicenter of the burgeoning Franco-American alliance leading the fight against Islamist radicals in the Sahel (the transitional territory between Saharan and Sub-Saharan Africa) and in Niger's neighbor to the north, Libya. Niger is host to French combat forces (which operate with US assistance) and a Franco-American drone base, both of which are fully engaged in a quiet but very hot shooting war against terrorist groups. In addition, Niger's security services are playing an important role keeping a lid on extremism at the geographic center of the Sahel and enabling French and US operations elsewhere.

The second is Niger's struggle with the inevitable tension that exists when security considerations conflict with democratization. In a nutshell, too much democracy in a place as poor and as politically unstable as Niger can further destabilize the country and deny the US the security partner it seeks; too little democracy (i.e., autocracy) can, especially in the long term, lead to instability and promote radicalization. The temptation to support a strong man can be great, but all too often Faustian bargains of that sort backfire.

The third is that Niger is as poor as poor gets and is astonishingly fragile. The landlocked, arid country is ranked last on the United Nation's Human Development Index for 2015 (188 out of 188 countries rated—below even the Central African Republic and Chad). It has endured four military coups since winning independence from France and multiple rebellions by restive ethnic minorities; is increasingly victimized by Islamic militants, including al-Qaeda in the Islamic Maghreb in the north and Boko Haram attacking from Nigeria in the south; and finally is profoundly vulnerable to radicalization, which is already well under way in certain communities.

In other words, the US (and France) has a stake in Niger's wellbeing, and because of its fragility, it is precisely the kind of place where too much or too little democracy can have significant consequences, and where anything that correlates with economic and political development such as a peaceful election and competent governance is as welcome as rain for the country's chronically drought-stricken people.

Niger's incumbent president—and despite reports of opposition, the likely winner of the election—Mahamadou Issoufou, arguably represents the best choice for Niger (his record is mixed, and perhaps the least one can say about him is that Niger has done and could yet do a lot worse). But what we do know for sure is that a relatively clean and peaceful election, regardless of the winner, would constitute a halting step forward, one that could help secure for the United States an effective counterterrorism partner in both the short and long term.

This commentary originally appeared on Quartz on February 24, 2016. Commentary gives RAND researchers a platform to convey insights based on their professional expertise and often on their peer-reviewed research and analysis.