Are the Effects of the Economic Crisis Still Impacting Children in Europe? 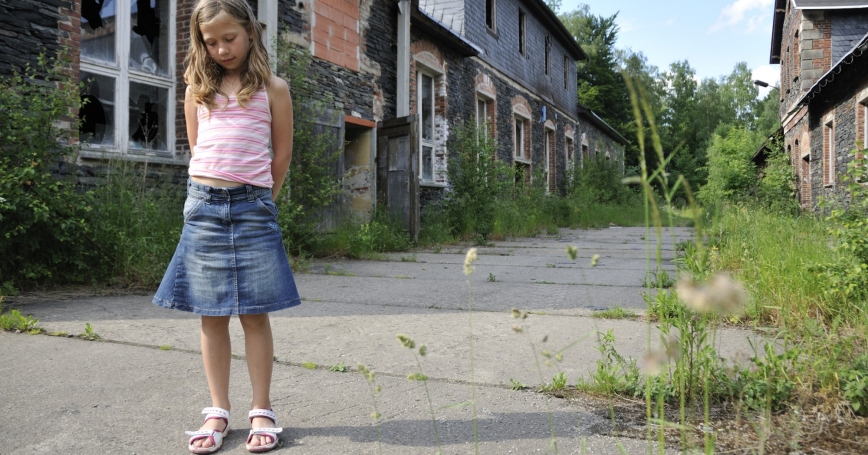 A new report from the European Foundation for the Improvement of Living and Working Conditions (Eurofound) has shown that families across Europe are still feeling the impact of the economic crisis of 2008. Eight in 10 lone-parent families are at risk of poverty or social exclusion, while 4.8 million more European Union (EU) citizens are living in poverty now compared to 2008. Despite a return to economic growth in most EU countries, why are we still seeing these high economic and social deprivation figures for families in Europe?

Following the economic crisis, austerity measures were put in place across a wide range of European countries, many of which involved cuts in public spending. It can be argued that the result of these measures has had a direct impact on children, in particular when examining the impact of cuts in social protection benefits coupled with possible decreases in family incomes due to the difficult economic circumstances.

Firstly, even though EU member states were eager to protect families when introducing cuts to their social protection benefits, households with children have been more affected by austerity measures than other types of households. This was because universal support to families was replaced with means-tested measures or payment ceilings in some countries. As a consequence, child-and-family-related benefits were highly affected, for instance in Estonia, Ireland, Spain and Portugal.

Secondly, poverty became a greater threat to families due to rising unemployment and significantly reduced incomes. If this trend continues, it may affect the social cohesion across Europe, resulting in the social exclusion and poverty of many low-to-middle income families.

Investment in children: the key to tackling long-term social inequalities

The 2013 European Commission (EC) recommendation Investing in children—breaking the cycle of disadvantage (PDF) provides new incentives to promote investment in child policy measures and services. The recommendation also reinforces positive development, and provides children and families with better opportunities and improved outcomes; thereby helping them to escape poverty and deprivation.

Investing in early childhood education and care (ECEC) is one of the highest return-to-investment tools that can break the vicious cycle of poverty and exclusion. For example, evidence presented by the Organisation for Economic Co-operation and Development (PDF) shows that countries with higher average per child spending have lower overall poverty rates.

If EU member states do not invest in ECEC now, negative long-term effects may follow in future years. Unfortunately, it might be the case that the fallout of the economic crisis is blocking some of the investments that need to be made.

The 2013 EC recommendation cited above encouraged EU member states to ramp up support for ECEC. These investments should ideally be made on the basis of effective evidence-based interventions that bring positive results for children and their families. Information on such interventions is available to decision-makers (for example, on the European Platform for Investing in Children).

The eight years since the last economic crisis have helped to underscore the importance of policies supporting all children and families. Breaking the cycle of disadvantage in children as early as possible is vital. Early intervention and prevention measures will also be the most cost-effective ways to help children escape poverty and social exclusion later in life. In essence, investing now will help to transform the lives of children and actually save on costs in the long-term.

Barbara Janta is a senior analyst and Daniel Schweppenstedde is an analyst in the Home Affairs and Social Policy research group at RAND Europe. Both are involved in the European Platform for Investing in Children project for the European Union, an evidence-based online platform, which provides information about policies that can help children and their families face the challenges that exist in the current economic climate in Europe. Fanny Gauttier was a stagiaire at RAND Europe Brussels office.