As Congress Drafts the NDAA, What Are Options for TRICARE Reform? 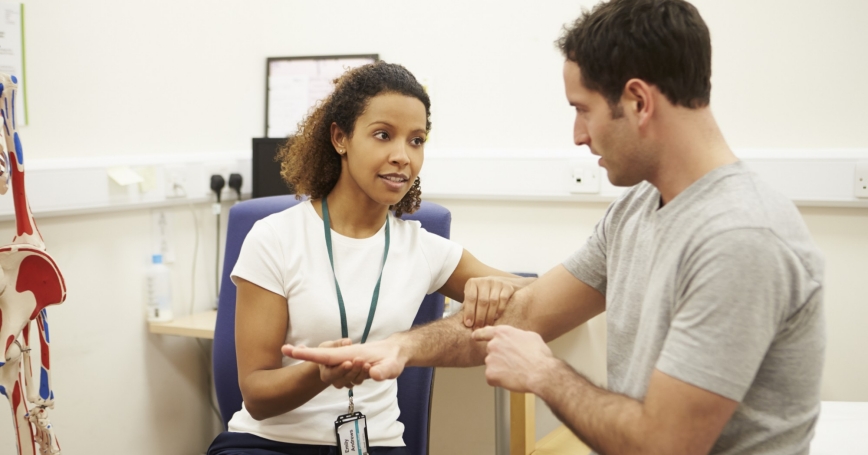 Soon, the Senate and House Armed Services committees will begin drafting their respective versions of the fiscal year 2017 National Defense Authorization Act (NDAA). The leaders of both committees have indicated that they intend to build on the reforms made in last year's policy bill. In the realm of military personnel policy, the chairmen and ranking members of the House and Senate defense committees have stated that they will look closely at improving TRICARE with the goal of enhancing patient care and making the program more cost-efficient.

TRICARE is the health plan for military beneficiaries in the United States, primarily covering active duty and retired personnel and their family members under age 65. Separate programs provide health benefits to reservists and beneficiaries age 65 and older. TRICARE combines a large direct-care system of military treatment facilities (MTFs), which exists to provide care for military personnel and maintain the clinical currency of military medical personnel, with extensive care purchased from the private sector. First developed in the 1980s and implemented in the 1990s, TRICARE adapted managed care approaches from civilian employer health plans to the traditional military health plan, which then consisted of the MTFs and civilian care through the Civilian Health and Medical Program of the Uniformed Services. Thirty years later, employer-sponsored health plans have evolved and new coverage opportunities have been afforded through health exchanges. It is within this broader context of private sector health care innovation that the Department of Defense (DoD) and Congress are considering how to update TRICARE based on experience in civilian health plans, while still meeting future military medical requirements.

A range of options for reforming TRICARE have been offered in recent years. The DoD's fiscal year 2015 and 2016 budget requests proposed changes to TRICARE. Under these plans, the current TRICARE plans would be consolidated into a single plan allowing non-active duty beneficiaries to access MTF, civilian network, or civilian non-network providers. Active duty personnel would get their care from MTFs, as they do now. Family members of active duty personnel would be guaranteed continued access to free care at an MTF or, for those unable to access an MTF, from a civilian provider. The DoD budget proposals would revise the schedule of deductibles and copays to provide incentives for beneficiaries to prefer MTF care, followed by civilian network care and then non-network care. At the same time, modest increases in the overall level of beneficiary cost sharing aimed to minimize inappropriate utilization of high-cost sources of care such as emergency rooms.

Another proposal was put forth by the Military Compensation and Retirement Modernization Commission (MCRMC) in 2015. This panel was created by Congress to make recommendations on ways to improve military benefits. The MCRMC proposed that active duty personnel continue to receive health care through their units or MTFs. It also recommended that the DoD create a new program to offer private insurance plans to cover all other eligible beneficiaries, although these beneficiaries would still be allowed to seek care at MTFs if they choose. The MTFs would be reimbursed by the private plans for care provided to their military enrollees. To help active duty members cover the private-plan premiums and out-of-pocket costs for their dependents, the MCRMC suggested establishing a new pre-tax cash benefit, the Basic Allowance for Health Care.

A third option would involve replacing the current three TRICARE plans with a new program that offers most beneficiaries a choice of either an MTF-based or private health plan. In areas with no MTF or an MTF that only has capacity to serve the local active duty population, only private plans would be offered. In areas with an MTF capable of providing primary care and providing or managing specialty care for an enrolled population of non-active duty beneficiaries, an MTF-based plan would be offered. Under this plan, each MTF would have overall responsibility for its enrolled population, including care provided in the MTF and by community providers. The MTF would be responsible for establishing the network of community providers for its enrollees and be accountable for enrollees' health outcomes. In most areas with an MTF, beneficiaries also would be offered one or more private health plans. Premiums or other benefits would be adjusted to ensure that the MTF plan would attract a sufficient number of enrollees to fully utilize MTF capacity.

Any of these three options could be complemented by the creation of MTF Centers of Excellence for specialized care that fosters and sustains the operational medical skills of military specialists. Given the volume thought necessary for quality care, these centers would be established only at the largest MTFs. The MTF centers could also manage the partnerships with civilian trauma centers developed over the past 20 years to enhance trauma skills of military providers (physicians and others) and potentially develop opportunities for assignment of military medical personnel to civilian positions.

As debate on the fiscal year 2017 NDAA begins, Congress has a range of options for reforming TRICARE. A stronger TRICARE program that provides greater value-based care in a more efficient manner could result from adopting innovations made in the private sector, while also recognizing the unique role of MTFs.

Susan D. Hosek is a senior economist at the nonprofit, nonpartisan RAND Corporation and a professor at the Pardee RAND Graduate School. Nathaniel Lutovsky is a national security outreach assistant at RAND.