At the 2016 Oscars, Transgender Health Issues Are in the Spotlight 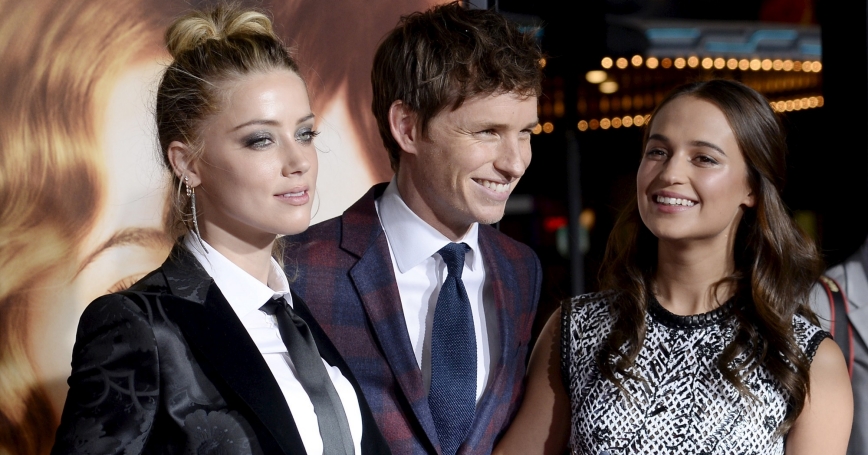 By inviting “The Danish Girl” to Hollywood's most prestigious awards party, the Academy of Motion Picture Arts and Sciences is helping to shine a spotlight on transgender issues — and reflecting a larger cultural moment at the same time.

The film's four Oscar nominations include one for Eddie Redmayne's portrayal of the title character Lili Elbe, one of the first people to undergo sex-reassignment surgery, in 1930. Even if the mainstream movie fails to win a single gold statuette on Feb. 28, it will have succeeded by making transgender issues more accessible to a broad audience.

In the time it took to make “The Danish Girl,” transgender issues leaped to the cultural forefront, the New York Times reported last fall. Jeffrey Tambor had won an Emmy for playing a retired professor transitioning to becoming a woman on the Amazon series “Transparent.” Laverne Cox, the transgender actress who portrays a transgender character on Netflix's “Orange Is the New Black,” landed on the cover of Time magazine. Nearly a year later, Caitlyn Jenner appeared on the cover of Vanity Fair, marking the first moment of what has become a very public transition.

Substantial steps forward are being made across the societal spectrum. Title IX — a federal law that bars discrimination based on gender in schools that receive federal funding — has been successfully used to fight for the rights of transgender students to use the restroom, play on sports teams or change in the locker room that matches the gender with which they identify.

In the field of health research, the gains have been particularly significant. In 2011, the U.S. Institute of Medicine's groundbreaking report on LGBT health (PDF) noted that little research has examined the health needs of transgender individuals. Subsequently, the National Institutes of Health increased funding available for transgender health, and several large-scale studies have since documented pervasive inequities in the health of transgender communities across the United States.

The disproportionate rate of HIV among transgender individuals has received substantial attention. A team of researchers from Johns Hopkins University Bloomberg School of Public Health synthesized global data and reported in late 2012 that transgender women in the United States were just over 34 times more likely to be infected with HIV than the general population of adults between 15 and 49 years old.

Several studies have highlighted poor mental health among transgender individuals. For example, the National Transgender Discrimination Survey reported in 2011 that 41 percent of respondents had attempted suicide, compared to 1.6 percent of the general population. The survey, which received more than 6,450 responses, bills itself as the "most extensive survey of gender discrimination undertaken."

A range of other negative health outcomes have been documented among transgender individuals, including higher rates of alcohol and tobacco use, drug abuse, obesity, cardiovascular disease and certain cancers, according to a study by Dr. Kenneth Mayer, a top expert in the field of LGBT health. Taken together, these studies show that transgender individuals in the United States continue to experience poorer health compared to the general population.

The role of resilience in the transgender community is also receiving increased attention in health research. This means that researchers are increasingly shifting away from a disease-based model (viewing transgender as a mental disorder) to an identity-based model (understanding transgender as a gender identity). For instance, researchers are giving more attention to how transgender people build alternative networks of support in the face of high rates of isolation and exclusion they experience from their biological families as they transition. In urban centers, so-called ball and house communities — networks of primarily African-American and Latino individuals of diverse sexual and gender identities — create critical networks of support, according to several studies. Communities like these are increasingly being studied for their potential to promote and improve transgender health.

Rather than looking at transgender individuals — and their health outcomes — to figure out what is “wrong,” researchers are starting to look at how, despite substantial adversity, transgender people are finding ways not just to survive, but thrive. On the big screen, and off, transgender health issues are having far more than a moment.

Sarah MacCarthy is an associate policy analyst at the nonprofit, nonpartisan RAND Corporation and a professor at the Pardee RAND Graduate School.

This commentary originally appeared on U.S. News & World Report on February 26, 2016. Commentary gives RAND researchers a platform to convey insights based on their professional expertise and often on their peer-reviewed research and analysis.