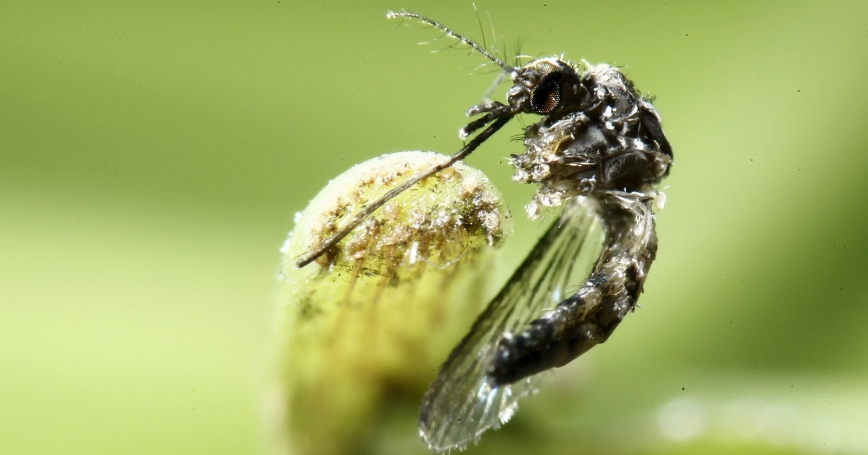 An aedes aegypti mosquito is pictured on a leaf in San Jose, Costa Rica, February 1, 2016

When I showed up at the obstetrical urgent care unit at Brigham and Women's Hospital, the care I received was swift and appropriate. I saw a nurse quickly and a doctor soon after. They asked relevant questions and immediately put a plan for further evaluation in place. Only then did the nurse turn to the computer to enter everything into the electronic record. As she worked her way through the required documentation, she asked several more questions. Any allergies that weren't already in the system? Surgeries she should note? And, of course, importantly, had I been to an Ebola-infected country recently?

In September 2014, Texas Health Presbyterian Hospital missed acting upon the fact that a patient had just returned from West Africa, even though it was documented in his record. He came down with Ebola, but wasn't treated with appropriate precautions, and many patients and staff were put at risk. The hospital was publicly criticized for its behavior. The hospital administration responded by blaming its electronic health records (EHR), since the system didn't bring the travel history to the forefront as part of the doctor's workflow. Since then, hospitals have scrambled to systematically screen for the often-fatal virus that took more than 10,000 lives in the past three years. Hospitals have incorporated a relevant screening question into their EHR, like the one I was dutifully asked during my recent urgent care visit. A win for technology and public health?

Not exactly. First of all, each hospital had to implement the question themselves. Different sites are asking different questions, sometimes only in the emergency department, other times elsewhere. Hospitals implemented them at different times, some more swiftly than others. Importantly, a year ago already, the World Health Organization (WHO) was tracking fewer than 100 new cases of Ebola per week. As of December 2015, Guinea, Liberia, and Sierra Leone had stopped the chain of transmission, and the Centers for Disease Control (CDC) removed enhanced precautions for people traveling to those countries. And all in all, though many did die in this terrible epidemic, there were only tens of cases of Ebola treated outside Africa, mostly aid workers transported home, and no new cases diagnosed in the United States since 2014. The WHO reported only 7 cases and 1 death outside Africa, none of which were recent. And yet many hospitals in the United States are still asking every emergency patient if they've traveled to Africa.

But what aren't they asking? Well, as a pregnant woman, they should have asked me whether, at any time during my pregnancy, I had traveled to any countries with Zika, a virus that is transmitted to people by mosquitoes, thought to be connected to birth defects in pregnant women, and currently spreading rapidly throughout South and Central America.

The existing system is too slow to respond and when it does, it finds itself chasing the past.

But hospital EHRs are not yet prompting for Zika-related screening. It will likely take a while, and maybe a public embarrassment like what happened in Texas, for the electronic systems to be modified to include a new screening question. Does this process need to be so slow? Why should each hospital's IT staff have to manually update every public health question? Requiring each individual system to change the same setting is by design inefficient and prone to delays, inaccuracies, and inconsistencies. And yet this is how it is done today: manual decisions, site by site, slowed by different administrative and technical hurdles.

Instead, using infrastructure already in place like WHO and CDC guidelines, the public health authorities could easily set up a system that automatically incorporated alerts in a timely way. Kenneth D. Mandl and Isaac S. Kohane argued for this years ago, asking why hospital systems must reinvent everything themselves, like spell check and word processing and mapping: “Only a small subset of loosely coupled information technologies need to be highly specific to health care. Many components can be generic.” That is, instead of demanding that hospitals or EHR vendors be public health experts, why can't the CDC do what it does best and automatically push its information out to everyone?

Of course, individual institutions have different needs. There could be a delay in implementation pending approval by the appropriate hospital committee, but if the hospital committee didn't take action to opt out or modify it for individual needs, the alert could by default be put into place, meaning no hospital would miss an important alert. Similarly, no longer could relevant questions be pulled without hospitals worrying about being the first to stop the screening, which is the current situation and leads to the risk of adding but never subtracting screening questions. Instead of waiting for everyone to catch up on the weekly Morbidity and Mortality Weekly Report, which in late January recommended that, “Health care providers should ask all pregnant women about recent travel,” providers across the country could be confident that their daily tools always reflect best public health practices. Indeed, just last week the CDC updated their guidelines again, recommending that providers caring for pregnant women who have traveled to areas with ongoing Zika virus transmission should be offered serologic testing, even if asymptomatic. It is unreasonable to expect individual providers or even hospitals to keep up on their own.

The Ebola virus is more fatal and in many ways was much scarier than any current virus, but the more scientists learn, the more they realize how much more difficult it may be to contain Zika. Thus it should be “out with Ebola, in with Zika,” in terms of questions for all pregnant women.

The existing system is too slow to respond and when it does, it finds itself chasing the past. Like security protocols at airports, where travelers are required to remove shoes because someone in 2001 hid explosives in his sneaker soles, instead of anticipating the next creative attack, the U.S. public health system finds itself asking about yesterday's Ebola and not today's Zika, because the gears of change move too slowly. But the limitation is not the technology. Technology systems should be the first to respond, even more quickly than official government responses. They should be deployed more nimbly to support faster, more informed decisionmaking. Just as my iPhone automatically receives Amber Alerts as soon as they are issued by authorities, EHR could easily reflect the most relevant public health issues. It is shocking that health care providers are still asking about Ebola when Zika is already all over the news. The tools and the technology exist, but smarter ways to use them must be implemented.

Shira Fischer is an associate physician researcher at the nonprofit, nonpartisan RAND Corporation.

This commentary originally appeared on The Health Care Blog on February 17, 2016. Commentary gives RAND researchers a platform to convey insights based on their professional expertise and often on their peer-reviewed research and analysis.