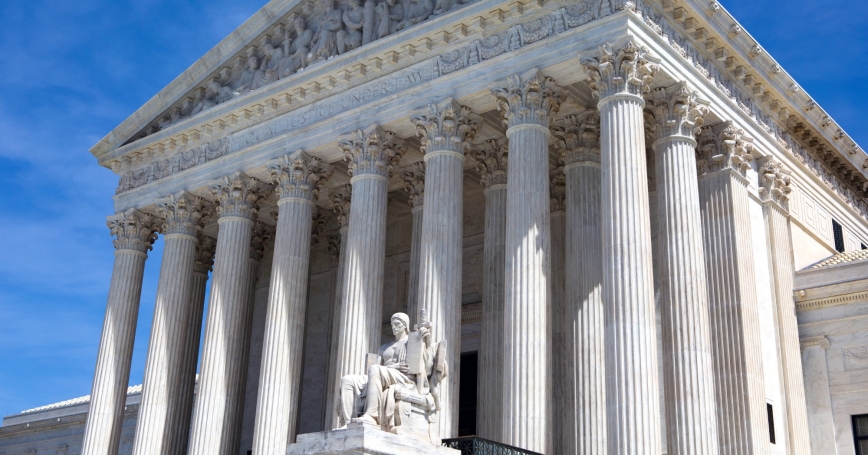 The facade of the United States Supreme Court building in Washington, D.C.

Recently, Supreme Court Justice Samuel Alito recused himself in Federal Energy Regulatory Commission v. Electric Power Supply Association, a case with important implications for the power industry, while Justice Stephen Breyer failed to do so, apparently in error. This misstep illustrates some of the problems with the judicial recusal system.

If judges or justices own stock in the company of a litigant, they must recuse themselves from hearing the case. While these recusals help ensure impartiality at the level of the individual judge, what effect do they have on the pool of judges that hear cases involving publicly held corporations? What judges are likely to hold stock that requires recusal and how does that affect the characteristics of the remaining group of judges that hear these cases?

Our research found that the pool of judges who hear cases involving large corporations differs substantially from the remainder of the federal bench. Recusals as a result of such stock ownership make the panels hearing cases involving corporate litigants more likely to have male judges, African-American judges, younger judges, judges with fewer personal assets, judges appointed by a Republican president, and judges who were former law professors.

This bias toward certain attributes and characteristics could be troubling. The process of selecting and confirming impartial judicial nominees is undermined if many judges are disqualified from even sitting on these important cases because of their stock holdings. It also raises the possibility of gamesmanship—the strategic joinder of particular parties to increase the likelihood that particular judges or justices are disqualified from hearing a case.

For example, if a litigant recognizes that a judge or justice who owns stock in a particular company is likely to be hostile to his or her claims, then he or she might be able to disqualify that judge from the case by including that company. If the recusals are occurring when the complaint is filed—before the opportunity of improperly joined defendants to move for dismissal—litigants might be able to shape the pool of District Court judges that hear their cases even more easily.

It is also somewhat surprising that so many recusals occur, given how apparently easy it would be for judges and justices to avoid most recusals by substituting mutual funds or other investments for ownership of individual stocks.

Policymakers could address this issue in a number of ways. These include requiring judges to divest as a condition of confirmation, requiring them to divest to avoid conflict on a case-by-case basis, providing a hedge for any given stock position, permitting the use of blind trusts, or changing the disqualification rules so as not to require automatic recusal upon the ownership of any interest.

Devising the best method to insulate public servants from the corrupting influence of financial interest is not a new concern. In “The Republic,” Plato called for the Guardians to eschew private property entirely because of the temptation to sacrifice the public good to their private individual interests. This would surely be too much to require of federal judges and justices today. But it is perhaps not too much to ask federal judges and justices to minimize recusals by divesting themselves of such interests either as a condition of confirmation or as conflicts arise.

At the very least, more transparency about the recusal process—disclosing occasions when stock ownership has caused judges to recuse themselves or led to an alternative judge being assigned to a particular case—is warranted so the effects of that process can be better measured.

Kathryn Kuznitsky is a project associate and James Anderson is the director of the Institute for Civil Justice at the nonprofit, nonpartisan RAND Corporation.

This commentary originally appeared on Inside Sources on February 9, 2016. Commentary gives RAND researchers a platform to convey insights based on their professional expertise and often on their peer-reviewed research and analysis.