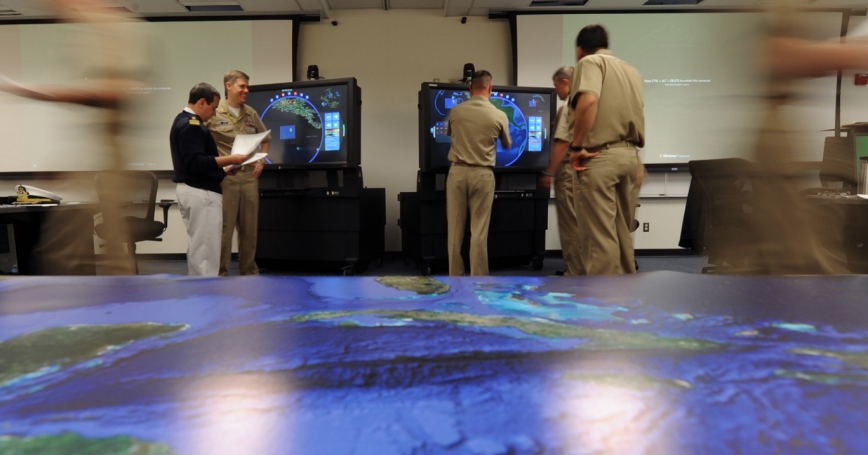 Naval officers from the Colombian, Brazilian, and U.S. Navy work together at U.S. Naval War College during the 2013 Inter-American War Game

by Stacie L. Pettyjohn and David A. Shlapak

How should the United States prepare for a future characterized by the rise of new adversaries, rapid change, and declining defense budgets? Deputy Secretary of Defense Robert Work and Vice Chairman of the Joint Chiefs of Staff Gen. Paul Selva have pointed to wargaming, which famously helped the United States to prepare for the Second World War. They argue that wargames offer the Department of Defense a relatively inexpensive but powerful way to explore possible future conflicts, test ideas, and ultimately identify ways to prevail. Accordingly, the Pentagon is seeking to employ wargames more broadly — and to use game results more directly to influence its strategy, policy and programs.

These are laudable goals. Nevertheless, creating, orchestrating, and observing recent games across the Department of Defense — and conferring with the broader gaming community — has made us aware of a number of potential challenges. These are important to keep in mind for a reinvigorated wargaming enterprise to succeed....

Stacie L. Pettyjohn is a political scientist and David A. Shlapak is a senior international policy analyst at the nonprofit, nonpartisan RAND Corporation. They are the co-directors of the RAND Center for Gaming.

This commentary originally appeared on War on the Rocks on February 18, 2016. Commentary gives RAND researchers a platform to convey insights based on their professional expertise and often on their peer-reviewed research and analysis.