How to Bog Down Putin in Syria 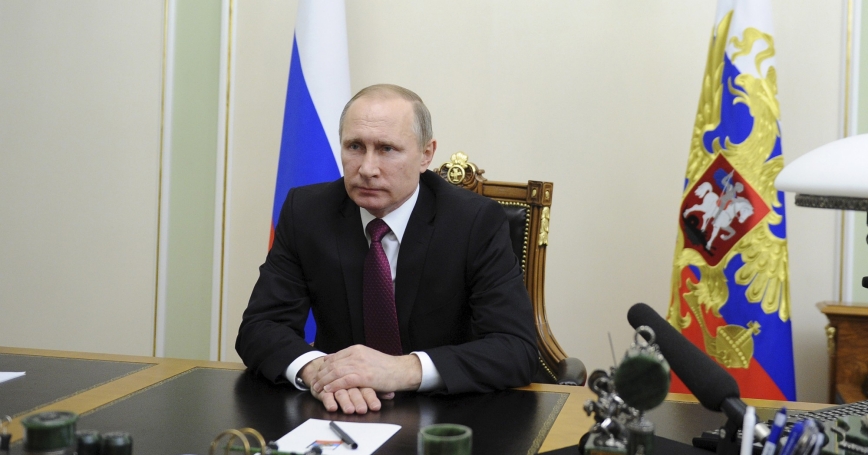 Russian news agencies reported that President Putin said the ceasefire in Syria is a real step towards halting the bloodshed and may become an example of action against terrorism, February 22, 2016

Reading the headlines, it might seem as if Russia's support for Syrian dictator Bashar Assad is finally tipping the country's indecisive civil war in his favor. Pro-regime forces, backed by Russian air power and ballistic missiles, have seized key terrain once held by U.S.-backed rebels and now threaten the strategically important city of Aleppo. Moscow shows no signs of slowing down, even with a recently announced cease-fire in Syria.

But the lessons from the nearly 200 insurgencies that have taken place since World War II suggest that Russian aid probably will fail to turn the tide. The Assad regime still faces serious challenges, not the least of which is a lack of legitimacy among the Syrian people. Moscow may find it difficult to sustain a major change in the balance of forces over the long run, particularly if the Obama administration—or, more likely, the next one—decides to push back.

Russia has been directly involved in the Syrian war since September. Its air force—including MiG-31 and Su-25 fighters and Tu-22 long-range bombers—has struck rebel targets, including groups trained by the U.S. military. Moscow has deployed truck-mounted Iskander surface-to-surface ballistic missiles, provided arms and training to Mr. Assad's government, and conducted surveillance with its Forpost and Orlan-10 drones. In addition, Russia has given support to a range of substate actors in Syria, including pro-regime militias.

Such assistance, complemented by Iranian aid, has allowed Mr. Assad to shore up his position, at least temporarily. Pro-regime forces are advancing throughout strategic areas of northern and southern Syria. Earlier this month, with help from Shiite fighters and Russian airstrikes, they seized key towns around Aleppo. They now control the highway north from there to Azaz, near the Turkish border, a route that had been an important supply line for rebel groups.

Mr. Assad's supporters are giddy about these advances. “Russia's presence in Syria has undoubtedly influenced the atmosphere of security and changed the balance of forces,” Iran's defense minister, Hosein Dehqan, told state media during a February visit to Moscow.

Although Mr. Assad and his allies may continue reclaiming territory in the coming months, the regime still faces substantial hurdles. Mr. Assad's regime remains deeply unpopular and is among the most poorly functioning governments in the world. The World Bank ranks the regime at or near the bottom of every major category of governance, such as control of corruption, effectiveness in delivering services, and ability to establish a sound rule of law. Syrian rebels also enjoy sanctuary in neighboring states, such as Jordan and Turkey. This affords them a haven outside the government's reach in which to plot, recruit and resupply.

History shows that it is virtually impossible to defeat insurgents with an illegitimate and ineffective government, particularly when the rebels enjoy outside aid and sanctuary. Washington experienced this cold reality in Vietnam and Afghanistan. So did Moscow in Afghanistan during the 1980s, though Russian leaders seem to have forgotten.

The U.S. goals should now be to prevent the collapse of key rebel groups, to encourage a more inclusive and legitimate government, and to defeat Islamic State and the al Qaeda-affiliated Nusra Front.

As the regime advances, the U.S. should increase its aid to rebels, excluding extremist groups, and continue pushing for a national unity government. Congress ought to vote to provide more funding, training and advanced weapons like antitank munitions to groups like Kurdish forces fighting Islamic State in northern Syria and the Jordanian-backed Southern Front, which fights both the regime and Islamic extremists. The U.S. should also provide training and funding to rebel training camps in neighboring countries like Jordan and Turkey.

Some American policy makers, such as Secretary of State John Kerry, have argued that there is no military solution to the war in Syria. But history shows a more-nuanced reality. Over two-thirds of insurgencies ended with a military victory. Nearly one-third ended through peaceful means, typically after the conflict settled into a military stalemate.

U.S. officials must accept this reality—and act accordingly to keep some of Mr. Assad's opponents on their feet. A stalemate may be the best way to secure a political agreement and end the war.

Seth Jones is director of the International Security and Defense Policy Center at the RAND Corporation, and the author of “Waging Insurgent Warfare” (forthcoming from Oxford University Press).

This commentary originally appeared on The Wall Street Journal on February 24, 2016. Commentary gives RAND researchers a platform to convey insights based on their professional expertise and often on their peer-reviewed research and analysis.