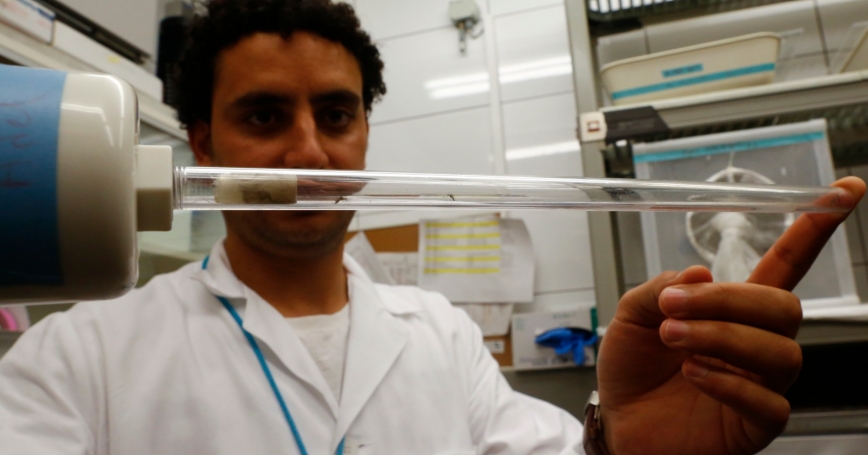 Discovered nearly 70 years ago, Zika virus was a mere blip on the world's radar screen until it seemingly awakened in 2007, hopscotched across the Pacific and spread explosively across the Americas beginning last May. Because it is a relatively new virus in humans, nearly everyone is susceptible. Zika infection is usually asymptomatic or causes only mild illness, but the world has taken note because of the strong possibility that Zika also causes a rare and severe birth defect — unusually small heads and often damaged brains — and an unrelated neurological condition that can cause temporary paralysis.

Zika is of direct concern to the global community, including the United States. Zika is now circulating actively in Puerto Rico, and the mosquito that transmits the virus is prevalent in Hawaii, across the U.S. Gulf Coast and up the Atlantic seaboard through South Carolina. Another mosquito type that might transmit the virus is even more prevalent, found across most of the eastern half of the country. So far, Zika cases detected in the United States have been imported from other countries, but the presence of the specific types of mosquito that transmit the virus poses a realistic risk for the spread of the virus (and potentially its complications) here at home.

What is known about Zika? Like other members of its virus family, Zika is transmitted by certain types of mosquitoes that are highly prevalent across the tropics and subtropics around the world. For now, practical ideas for control revolve mostly around reducing the mosquito population and protecting humans from mosquito bites. However, the recent documentation of sexual transmission and transmission via blood transfusion add a distinctly new wrinkle to the control of Zika.

The main concern about Zika is its suspected causal link to microcephaly — babies born with small heads and damaged brains — and to another neurological condition, Guillain-Barre syndrome, which can cause tingling, weakness and sometimes even paralysis of the legs, arms, face and respiratory muscles which lasts weeks to years.

What comes next? Major efforts are underway to develop a vaccine, but public health officials will need to draw on other approaches to control the virus in the short term. The World Health Organization declared in early February that the clusters of microcephaly and other "neurological disorders" reported in Brazil and French Polynesia constitute a public health emergency of international concern. On the same day, the WHO issued "temporary recommendations" that call for intensified public health surveillance, research, data-sharing, public risk communications, mosquito control and personal protective measures to prevent mosquito bites.

Intensified public health surveillance for microcephaly and Guillain-Barre syndrome is relatively straightforward because it entails developing and disseminating common criteria for identifying cases and promptly reporting them. Surveillance for Zika virus is less straightforward. Since about 80 percent of Zika infections are asymptomatic, clinical surveillance will miss many infections. The mild illness it causes in others is similar to other diseases found in the same locations, so reports of Zika illness may be false positives, due to other causes.

Trying to devise a quick, accurate and widely usable diagnostic test for Zika also poses problems: The test to detect traces of the virus in the blood works only for the first few days of illness when the virus is still in the blood. Tests for antibodies (in the blood) are not yet specific enough to clearly distinguish Zika from related viruses such as dengue. Finally, current tests are not widely available, and they require specialized laboratories.

Entomologists — insect specialists — are important members of the public health team. They must apply their decades of experience with yellow fever and dengue to step up surveillance for Zika virus in mosquitoes, helping to provide important information about where to target mosquito control measures.

Public health researchers are working urgently to validate (or debunk) the association between Zika infection and microcephaly, Guillain-Barré syndrome and any other neurological conditions. If the link is validated, then control of Zika virus infections is confirmed as an appropriate approach to preventing these conditions. In the unlikely case that the link is definitively ruled out, then controlling Zika becomes exponentially less important. Attention should then shift to identifying the underlying causes of the current spike in these conditions and taking steps to try to control them.

What can public health officials do now? Currently available interventions should remain focused on reducing mosquito populations and preventing mosquito bites. However, the recent reports of people who have become infected with Zika virus via sex or blood transfusion mean that public health officials will need to implement a broader range of interventions than initially anticipated. Additional interventions include protecting the blood supply and promoting measures that protect against sexual transmission.

Decisions about the best way to control Zika should take into account the feasibility, speed, effectiveness, cost and public acceptability of various measures. What is not known: The appropriate mix and level of the interventions to bring about a certain impact. This is where modeling can help. Mathematical modelers can develop simulations or scenarios that take into account the quantitative uncertainties related to the different modes of transmission and the effects of interventions. For example, they might try to determine the best intervention or mix of interventions to reduce mosquito populations — spraying, mobilizing the general public to dump out water containers around their homes, or both, and how much of each one. They would also try to determine the importance of infection via sex or blood transfusion and the impact of different interventions to address each. Efforts to develop and use such models should be accelerated and intensified.

With information and support from national and international health officials, medical providers are gearing up to diagnose, report and care for patients with Zika and especially its complications. Different medical specialists, especially those caring for pregnant women, must be made aware of and be prepared to deal with this new problem.

Controlling Zika will also depend on the actions and cooperation of the general public, which must be made aware of the problem, understand what it can do and then take action. The public can help reduce the number of mosquitoes and can take measures to avoid mosquito bites. This means taking individual responsibility for dumping out containers with standing water around their homes and — to the extent possible — protecting themselves against mosquito bites by wearing protective clothing or using insect repellent.

In affected areas, women of childbearing age are receiving information so they can make individual choices about whether they want to become pregnant, and pregnant women can be examined to see if they have been infected with Zika. Women and men alike need to be aware of the potential for the sexual transmission of Zika and take protective measures, much as they have done for years to protect against HIV and other sexually-transmitted infections.

What questions remain? Many questions remain about Zika, and they touch on biological, social and economic issues. What complications are unquestionably associated with Zika, and how common are these complications? What will be the impact of population movements in the Americas, the current Zika hot spot? Should women delay pregnancy for the next two years, as El Salvador recently recommended? Is this socially acceptable or even practical? How would such decisions, or conversely, continuing clusters of birth defects, affect fertility rates? Which demographic groups would be most affected, and what are the social and economic implications?

Scientists across universities, governments and industry are doubling down to gain a better understanding of Zika virus and develop the diagnostic, preventive (vaccine) and therapeutic (drug) tools needed to combat it. In the meantime, it is critical that public health and medical professionals implement the practical measures recommended by national and international health officials — including the very active engagement of the general public. Everyone has a role to play to combat this scourge.

Melinda Moore is a public health physician and senior natural scientist at the nonprofit, nonpartisan RAND Corporation and a professor at the Pardee RAND Graduate School.

This commentary originally appeared on U.S. News & World Report on February 12, 2016. Commentary gives RAND researchers a platform to convey insights based on their professional expertise and often on their peer-reviewed research and analysis.