Planning for the 'Army of the Future' 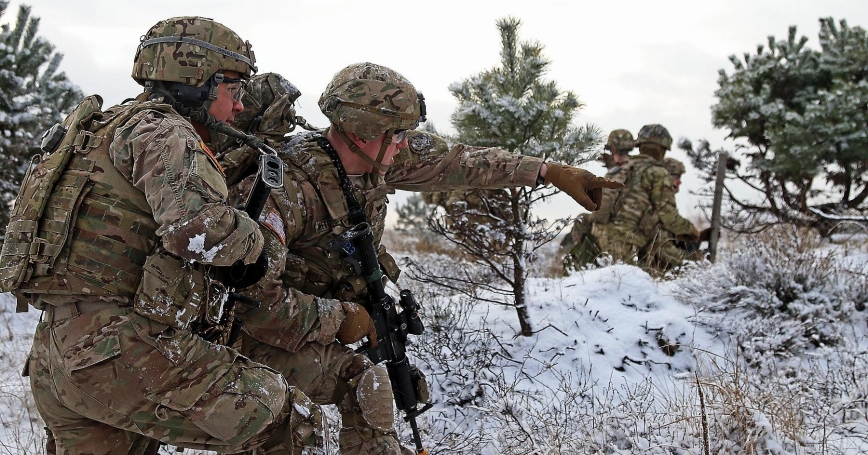 Last month, the National Commission on the Future of the Army (NCFA) released its report on the Army the United States needs to meet the strategy outlined in the 2014 Quadrennial Defense Review (QDR).

The QDR recommended the Army be composed of 970,000 to 980,000 total troops, with active-duty personnel numbering 440,000 to 450,000. This active-duty figure is down from 570,000, a decrease based on 2014 assumptions including a stable Iraq, the planned U.S. withdrawal from Afghanistan and an approach to Russia that increased transparency and reduced the risk of military miscalculation.

The QDR largely repeated the president's guidance from 2012: “U.S. forces will be capable of defeating a regional adversary in a large-scale multi-phased campaign, and denying the objectives of — or imposing unacceptable costs on — a second aggressor in another region.”

The NCFA agreed with these figures, though it recommended the larger 450,000 figure for active-duty soldiers. It notes: “The Army is appropriately sized, shaped, and ready to meet the strategic guidance it has been given, first promulgated in 2012 and reiterated in the Quadrennial Defense Review 2014 — but only just so.”

Unfortunately, it is not 2014, and the NCFA's recommendations about the Army the United States needs, barely adequate then, are woefully short of what is needed in 2016 and beyond.

The world has changed: the Islamic State in Iraq and Syria (ISIS) captured large parts of Iraq; the Syrian civil war has escalated and caused a refugee crisis in Europe; the war in Afghanistan continues with no end in sight and with a continued requirement for a large U.S. Army ground presence; Russia invaded Ukraine, annexed Crimea and is fighting to maintain President Bashar Assad's regime in Syria; North Korea is more bellicose and testing nuclear weapons; U.S. forces fled Yemen when a civil war erupted; and China is building islands in the South China Sea and turning them into military installations. The NCFA report recognized some of this — observing that the QDR did not address ISIS, Russian aggression against Ukraine and continuing US troop deployments to Afghanistan. However, this observation is made on page 43 of the report — leaving the impression that the Army structure that was thought by many to be inadequate in 2014 is fine for 2016 — and into the future.

Army end-strength is not the sole measure of effectiveness to consider, and the Commission did focus much of its report on modernization. But here, too, the report comes up short. The adversaries the United States could easily “fight tonight,” a term used in the report about current challenges, already have capabilities that in some cases outmatch those in the Army: antitank guided missiles that can defeat U.S. tanks; integrated air defenses and man-portable air defenses that put U.S. helicopters at risk; long-range rockets that U.S. forces cannot find or counter; unmanned aerial systems the United States cannot shoot down; and cyber capabilities that could cripple U.S. command and control. The Army, understandably focused on countering insurgencies in Afghanistan and Iraq, has largely failed to keep pace with the increased capabilities other potential adversaries have been fielding in the past decade. Unfortunately, the NCFA report treats these largely as “over-the-horizon challenges,” but, in fact, the Army could face many of these threats today.

What the nation needs is a clear-headed assessment of the strategic challenges it faces now and into the future that answers two questions: What must the Army be ready to do as part of a joint force, now and in the future (the problems)? What capacities and capabilities should the Army have in order to be ready (the solutions)? Unfortunately, the NCFA comes up short in its answers to both of these questions and, in so doing, missed an important opportunity to help Congress get America the Army it needs.

David Johnson is a senior historian at the nonprofit, nonpartisan RAND Corporation and an adjunct professor at Georgetown University. From June 2012 until July 2014, he established and directed the inaugural Chief of Staff of the Army Strategic Studies Group. He is a retired U.S. Army colonel with a Ph.D. in history from Duke University. He is the author of numerous books and articles on military strategy.

This commentary originally appeared on The Hill on February 16, 2016. Commentary gives RAND researchers a platform to convey insights based on their professional expertise and often on their peer-reviewed research and analysis.