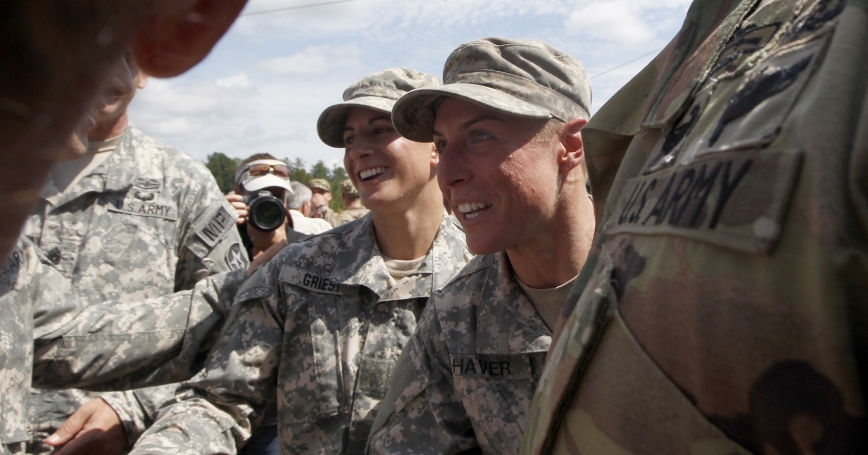 The U.S. Secretary of Defense's decision in December 2015 to open all military occupations to women — including serving in direct combat roles — was informed by research undertaken by the RAND Corporation. Much of this work also provides background and policy guidance for the Department of Defense's future efforts to implement the Secretary's decision.

Researchers at RAND, a nonprofit research organization, addressed topics such as whether members of U.S. special forces are ready to integrate women into their ranks and what lessons may be learned from other militaries that already have integrated women into combat positions.

One RAND report, “Implications of Integrating Women into the Marine Corps Infantry,” takes an in-depth look at the issues that may arise if women are integrated into the Marine Corps infantry. It describes efforts that have been successful in addressing similar issues in the past, and estimates the potential costs associated with integration.

Researchers looked at the literature on the integration of women in ground combat and other physically demanding occupations and analyzed the experiences of foreign militaries and civilian fire and police departments. Overall, they found that gender integration has not been primarily detrimental to unit cohesion. The study also found that the number of women entering the infantry will likely be modest, the increase in representation will likely be slow, and there will most likely be both one-time and recurring costs to integration.

Despite these concerns, some participants in that study highlighted the potential benefits of gender integration. For example, four in 10 survey respondents agreed that women might be helpful in conducting sensitive operations and communicating with local populations.

Beyond these final research reports, the Department of Defense has released a number of draft RAND research products on gender integration in combat roles. These preliminary works present the initial results from further work RAND is conducting for the department on gender integration in combat roles. RAND expects to release final versions of these reports in the near future.

In another ongoing study on physical fitness standards (PDF), RAND researchers are examining the validity of the Strength Aptitude Test, a physical strength aptitude test used at Military Entrance Processing Stations to classify recruits into Air Force specialties. This study — conducted by RAND, Human Resources Research Organization, and the Air Force — has found strong evidence for the validity of the test and also identified several other tests that could be used in combination to further improve physical strength aptitude testing.