Russia on the Horns of a Nuclear Dilemma 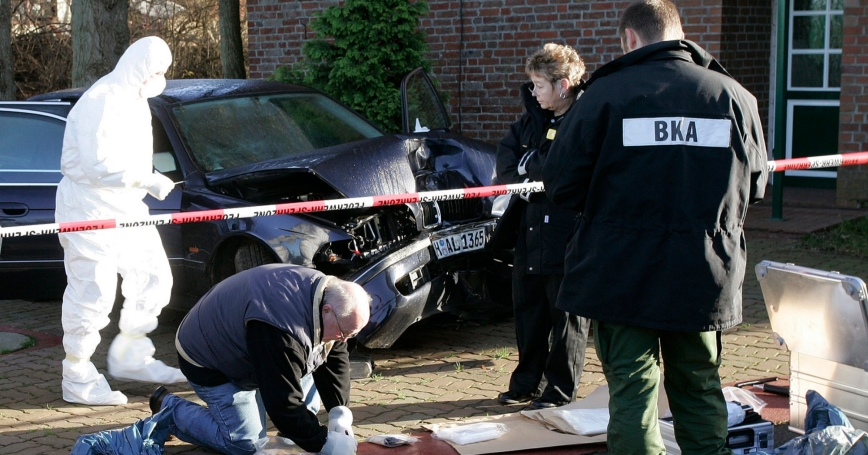 A Russian secret agent living in London, Alexander Litvinenko, met with two former countrymen for tea at a local establishment on Nov. 1, 2006. Later that afternoon, he became ill. Three weeks later, he was dead, the result of radioactive Polonium-210 poisoning blamed on the Russians.

The sordid details of the affair are contained within the Owen Report, released in the UK on Jan. 21. The 8-month, government sponsored investigation delved into the killing and the reckless exposure of as many as 1,000 people to a dangerous radiological substance.

Despite the great detail in the account, a significant implication might well be lost both within the report and in the ensuing media coverage and political discourse: the important violations of international law that are represented by the use of radiological material in the assassination.

The use of radioactive matter to kill Litvinenko represents a serious breach of international agreements that carry the force of law including the United Nations Security Council Resolution (UNSCR) 1540 and Nuclear Terrorism Convention. These international instruments are directed towards preventing the proliferation of weapons of mass destruction and preventing nuclear terrorism, respectively.

The 2004 UNSCR 1540 provides a framework which, according to the U.S. Department of State, “establishes legally binding obligations on all United Nations Member States to have and enforce appropriate and effective measures against the proliferation of nuclear, chemical, and biological weapons (WMD), their delivery systems, including by establishing controls. UNSCR 1540 closes gaps in nonproliferation treaties and conventions to help prevent terrorists and criminal organizations from obtaining the world's most dangerous weapons.”

The Nuclear Terrorism Convention, which became effective in 2007, criminalizes acts of nuclear terrorism and promotes legal frameworks for preventing, investigating and prosecuting these acts. Each of these protocols also has the secondary affect of forming the basis for national laws, regulations and policies regarding WMD technology and material.

So this brings us to the crux of the issue. Russia is a party to both of these international instruments. Furthermore, the “chain of custody” established in the Owen Report identifies Russia as the only possible source of Polonium-210 used in the Litvinenko assassination.

Therefore, it can be concluded that Russia has not fully adhered to either the requirements of the UNSCR 1540 or the Nuclear Terrorism Convention. This places Russia in an interesting conundrum. Either Russia admits to allowing radioactive material from one of its reactors to be removed and used as a tool in a state sponsored assassination or alternatively claims that the material was stolen by terrorists who perpetrated the attack against Litvinenko. In either case, the outcome is bad for Russia.

In the first case, Russia — a member of the United Nations Security Council — is in violation of the UNSCR 1540 and the Nuclear Terrorism Convention. In the second case, Russia admits its process for securing radiological materials is not so safe. It follows that to remain in good standing with the UNSCR 1540 and the Nuclear Terrorism Convention (and the norms against the use of WMD), Russia must produce, or as a minimum investigate, identify and charge, the “terrorists” that perpetrated the deadly attack so they can be held accountable.

Finally, should the deafening global silence continue, what message does this send to the rest of the world? Has the threshold for dangerous use of radiological material been lowered by events in a London cafe and the seemingly indifferent global reaction?

Daniel M. Gerstein is a senior policy researcher at the RAND Corporation. He was Under Secretary (Acting) and Deputy Under Secretary in the Science and Technology Directorate of the Department of Homeland Security from 2011 to 2014.

This commentary originally appeared on Foreign Policy Concepts on February 19, 2016. Commentary gives RAND researchers a platform to convey insights based on their professional expertise and often on their peer-reviewed research and analysis.