The Importance of Sunnylands for U.S.-ASEAN Relations 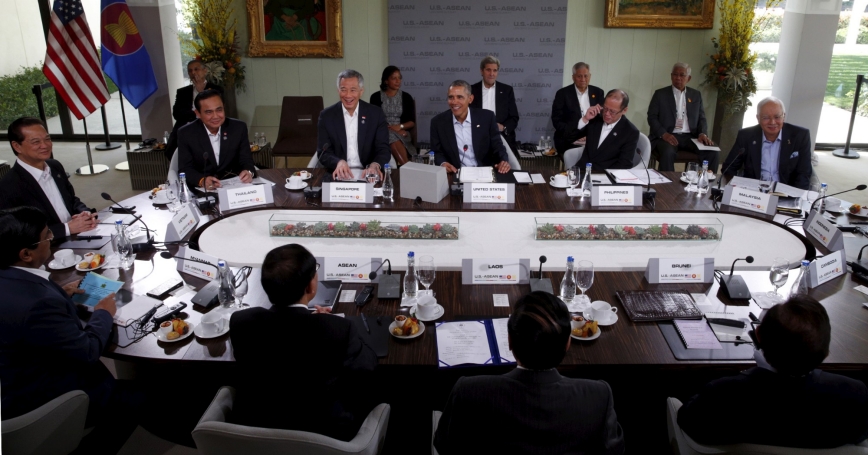 In mid-February, the first ever Association for Southeast Asian Nations (ASEAN) Summit to be held on U.S. soil took place at Sunnylands resort in California. Some critics dismissed the summit and the joint statement issued at its conclusion as failures because neither explicitly addressed the tensions stemming from China's massive land reclamation and militarization in the South China Sea.

This line of attack misses the forest for the trees, however. U.S. goals in holding the summit were always symbolic more than material in nature. Success should be measured by the fact that the United States prioritized relations with the region enough to host its first ever summit. By that metric, the summit should be regarded as the beginning of a new era in U.S.-ASEAN relations.

The summit comes on the heels of the third ASEAN-U.S. summit held last November in Kuala Lumpur, Malaysia, in which the relationship was elevated to a “strategic partnership.” The Sunnylands summit brought together foreign ministers and heads of state from all 10 ASEAN countries for two days of discussions on economics, security and human rights, among other issues. The participation of President Obama and Secretary of State John Kerry for both days of the summit was an important signal of U.S. commitment to the region.

ASEAN joint statements are frequent targets of criticism for their failure to address the central security issue facing the bloc of nations — ongoing territorial disputes in the South China Sea. This year's joint statement, along with remarks issued by President Obama during a press conference following the summit, however, contained subtle but important language condemning aggression and coercion in the South China Sea that reflects growing concern over China's recent actions in the region.

The seventh and eighth clauses of the Joint Statement of the U.S.-ASEAN Special Leaders' Summit: Sunnylands Declaration warrant attention. They call for:

These two items, taken together, signal that consensus was reached by United States and ASEAN leaders on the need for states to abide by the principles of UNCLOS and international law and to refrain from the threat or use of force. The eighth clause is especially relevant in light of the United States decision to initiate freedom of navigation operations in the South China Sea. The clear target of the language in both clauses was China, which undoubtedly was observing the declaration and proceedings with great interest.

President Obama, early on in his post summit press conference, made explicit reference to the South China Sea issue:

“We discussed the need for tangible steps in the South China Sea to lower tensions including a halt to further reclamation, new construction and militarization of disputed areas. When ASEAN speaks with a clear and unified voice, it can help advance security, opportunity and human dignity.”

Finally, the promotion of trade and entrepreneurship was an important feature on the U.S. agenda. For example, President Obama unveiled a new initiative, called U.S.-ASEAN Connect, which seeks to open new channels of economic engagement among the energy, information technology (IT) and infrastructure industries. As the fourth-largest trading partner of the United States, ASEAN represents an important and increasingly vital component of the United States' rebalance policy in Asia.

Closer relations with ASEAN is quietly becoming one of President Obama's foreign policy success stories. He has already made seven visits to the ASEAN region — more than any previous U.S. president — and is planning another trip to Vietnam in May. Time will tell whether such high level engagement will bear fruit. At the very least, it is an important signal that the United States values ties with a region where symbolism is a form of political currency.

Lyle J. Morris is a project associate at the nonprofit, nonpartisan RAND Corporation.