Why Engineers Need to Be Thinking About Climate Change 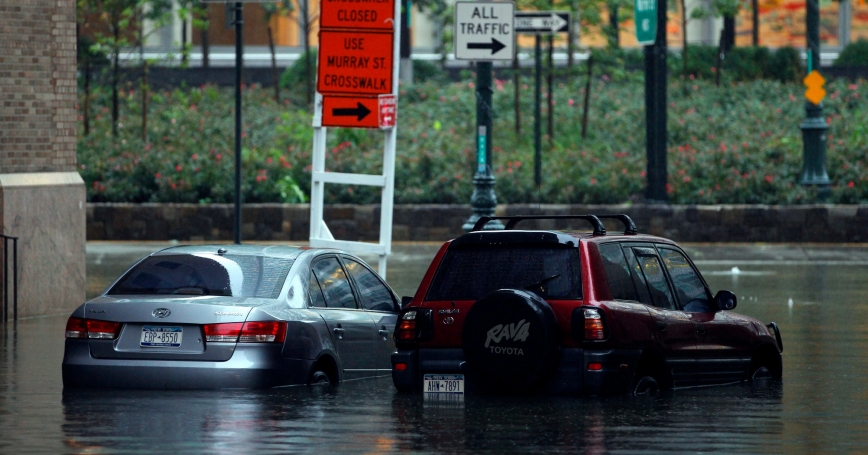 As sea levels rise and extreme weather events become more common, evacuation routes in coastal areas with increased flood risk become more important. So does the need for their maintenance.

Transportation engineers must remember to factor climate change into the equation because it can help them anticipate and cope with what could be an overwhelming challenge, the unpredictability of nature. Engineers will need to become more proactive as they assess the potential impacts of climate change and try to anticipate damage to transportation infrastructure assets such as pavement, bridges and culverts.

Extreme weather will make infrastructure assets deteriorate more quickly, and this new reality makes planning and operational alternatives imperative. For example, New York City relocated trains and other equipment to areas that were not prone to flooding when Hurricane Irene was imminent in 2011. Such concerns may be reflected in infrastructure management plans, through which a planning agency documents how they expect to manage assets in the light of uncertainty.

Since 2012, a federal law — the Moving Ahead for Progress in the 21st Century Act — directs state departments of transportation to develop risk-based asset-management plans for interstate highways and commit more broadly to transportation performance management. The final rules detailing when and how state transportation agencies will have to comply are expected in 2016. The preliminary requirements have given the agencies an opportunity to begin addressing the potential impact of climate change in infrastructure management documents.

Transportation Asset Management Plans are specified in “living documents” that are already commonplace in Australia and New Zealand, both at local and regional levels of government. New Zealand has required local governments to prepare and update such documents since 1974. The country's recently released “Thirty Year” (PDF) infrastructure plan devotes a small section of one chapter titled “Strategic Context” to climate change and has been criticized for largely ignoring the issue while mainly focusing on road construction. However, the authors of the document should be commended for at least raising the issue of climate change.

Infrastructure management systems are software suites supported by databases that help planners and engineers decide when and how to maintain, rehabilitate or replace an asset. Arizona's Pavement Management System is an early example of this — it came online in 1980 and saved the state an estimated $14 million the first year by identifying a cost-effective maintenance plan. States and local agencies have adopted pavement, bridge, pipeline and municipal infrastructure management systems.

Infrastructure management systems operate by relying on models that show how facilities will be used and will deteriorate over time. These should be periodically updated to reflect changing environmental conditions. Historical data on facility deterioration and use are stored within infrastructure management systems, giving engineers the information they need to study the impacts of climate change.

Developing management systems and infrastructure management plan documents gives public agencies the opportunity to take a step back and think about the facilities they manage, to consider how these facilities will age and how they will be used. By doing so, the agencies can prepare for the fallout from climate change before the harsh weather wreaks its havoc.

Kenneth Kuhn is an operations researcher at the nonprofit, nonpartisan RAND Corporation and on the faculty of the Pardee RAND Graduate School. He is also an associate editor of the ASCE Journal of Infrastructure Systems.

This commentary originally appeared on Inside Science on February 22, 2016. Commentary gives RAND researchers a platform to convey insights based on their professional expertise and often on their peer-reviewed research and analysis.