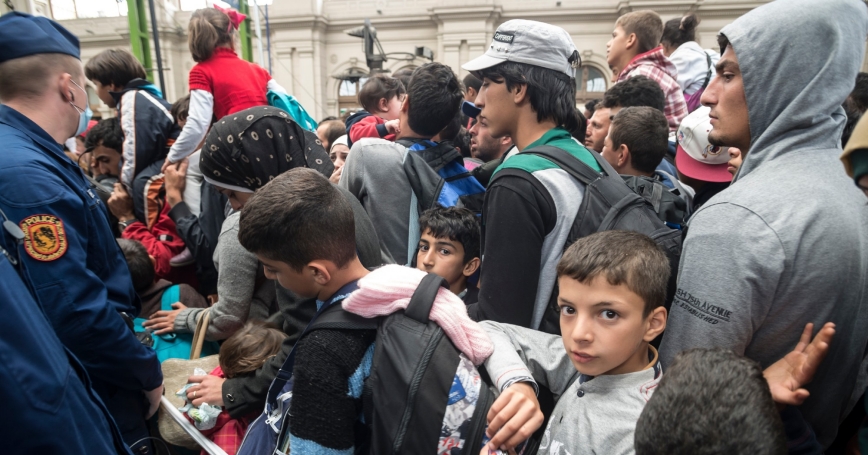 With the Syrian crisis and other conflicts in the region, the Mediterranean is attracting increased levels of global strategic interest. Through the new Mediterranean Foresight Forum (MFF), RAND has been examining key issues that are currently affecting the region, from economic, political and social instability right through to the migrant crisis that is currently impacting mainland Europe.

Leading the development of the MFF for RAND Europe is Giacomo Persi Paoli, an Italian Navy veteran who gained first-hand experience on the frontline of the migrant crisis by rescuing migrants at sea. He takes a look at the impact of temporary internal border controls in EU member states and what this means for the migrant crisis, Europe and the Mediterranean region.

The migrant crisis across Europe has led to some EU member states re-instating temporary internal border controls in an attempt to control the flow of migrants. According to Article 26 of the Schengen Borders Code — a pan-EU agreement on borders — the temporary re-establishment of border controls is allowed under exceptional circumstances threatening public order or internal security, and can be extended by up to two years.

There are conflicting arguments for and against this temporary measure. The argument against re-establishing border controls is that it is not a long-term solution to the migrant crisis. In fact, it simply moves pressure points from one border to another. At the same time, it creates divisions within the EU, with national interests being prioritised ahead of a common plan for all the member states.

However, it can be argued that re-establishing border controls is rational behaviour from EU member states that are looking for a temporary reprieve from the flow of migrants to their countries. Political pressure and public opinion against migration and the notion of “Europe” in these countries also means that they are willing to sacrifice a united Europe approach and prioritise their own national interests.

There are a number of challenges that the EU needs to overcome if it is to develop a coordinated plan to successfully manage the migrant crisis across the member states. The goals should be to achieve a more balanced redistribution of migrants; establish a more efficient processing of asylum applications; and establish more effective engagement in the Mediterranean region, especially with “countries of transit”.

While these points have been in the EU agenda since the Special Meeting of the European Council in April 2015, there has been little progress in addressing them. The redistribution of migrants has not happened in a coherent manner. The processing of asylum applications is still too slow to cope with the scale of the problem. No meaningful impact has resulted from political engagement between EU member states and other countries in the Mediterranean region.

The lack of long-term thinking is further reflected in the response from the broader international community. The primary focus has been on emergency humanitarian relief for migrants rather than addressing the problems in their countries of origin or encouraging neighbouring countries to receive and empower migrant refugees over the longer-term.

With the EU and international community having no effective measures in place to address the root causes of the migrant crisis, it appears that the phenomenon will persist. In this context, the absence of a unified, clear and actionable plan to deal with the migrant crisis gives legitimacy to unilateral initiatives at a national-level, such as the temporary re-instatement of border controls.

However, with a few months still left before the weather conditions improve enough to re-open the migration sea routes across the Mediterranean, now is the time to commit to a strong and united response. The EU should take advantage of this opportunity to resolve disputes between member states and to establish itself as a strong, united, and credible player in carving out a solution to the migrant crisis.

This commentary originally appeared on E!Sharp on February 17, 2016. Commentary gives RAND researchers a platform to convey insights based on their professional expertise and often on their peer-reviewed research and analysis.