Do 'Guardian Forces' Belong in the Military? 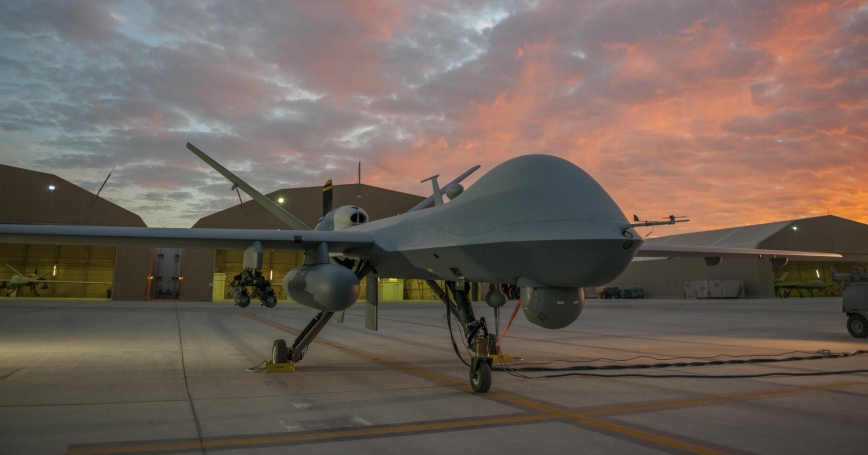 An MQ-9 Reaper on the flightline at Kandahar Airfield, Afghanistan

Guardian forces are the increasing numbers of military and non-military personnel who perform national security tasks far from direct violence, like in combating cyber threats, operating satellite constellations, or remotely controlling drones. Increasingly critical to the nation's security, they often fit uneasily into the longstanding conception of U.S. military service. Maybe it's time Congress and the administration consider pulling some of these functions out of the Defense Department.

Since America's founding, the military has been the nation's sanctioned organization to master and employ violence for the common defense. An individual's military training — beyond a technical skill used in or out of combat — has been focused on building physical fitness, learning to endure physical hardship, emphasizing the need for unit hierarchy, placing the unit's needs before any individual ones, and accepting the primacy of a mission, even at the possible loss of one's life.

Guardian forces, through a slow, steady rise, are now challenging this understanding of organized violence and its associated culture. They were created by a confluence of factors, including new technologies and security concerns, and the all-volunteer force. New technologies keep more operators in the United States and away from a theater of conflict. New security concerns, in many cases tied to these same technologies, have expanded our understanding of “common defense” to include remote and cyber threats. And the expense of the all-volunteer force gradually, but inexorably, turned many military functions into jobs now performed civilian contractors....

Paula G. Thornhill is a senior political scientist at the nonprofit, nonpartisan RAND Corporation and retired USAF brigadier general. This piece is based on her forthcoming publication, “The Crisis Within: America's Military and the Struggle between the Overseas and Guardian Paradigms.”

This commentary originally appeared on Defense One on March 9, 2016. Commentary gives RAND researchers a platform to convey insights based on their professional expertise and often on their peer-reviewed research and analysis.