Fighting Terrorism and Radicalisation in Europe 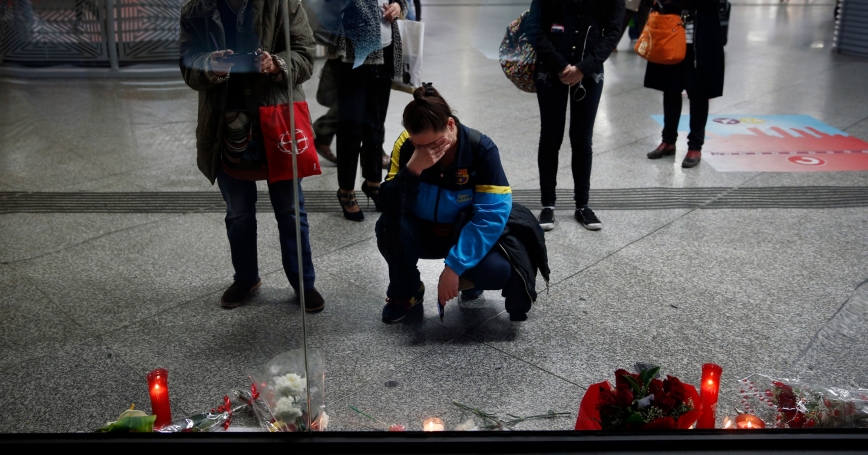 Women gather by a memorial for the victims of the March 11, 2004 train bombings at Atocha station, in Madrid

Today, Europe remembers those who lost their lives in terrorist attacks, as well as the families and friends of the victims. The date is significant since it was exactly 12 years ago that a terrorist bomb attack in Madrid killed 191 people and left 1,800 wounded. Since the Madrid attack, other tragedies have taken place across Europe, such as the bombings in London on 7th July 2005 and the recent terrorist attacks in Paris in January and November 2015.

In the past decade, initiatives aimed at reducing the risk of attacks and improving responses when attacks occur have been advanced by European government agencies, law enforcement authorities, nongovernmental organizations (NGOs) and research organisations like RAND Europe. These efforts have been aimed at combatting terrorism at key stages: the initial stage, where radicalisation is nurtured and encouraged; the planning stage, where terrorist plots are hatched; and the final stage, during which actual attacks are undertaken.

European policy has attempted to address these different aspects of the terrorist threat, focusing recent efforts on preventive measures and on making the EU-wide response more efficient and streamlined. In January, Europol launched an ad hoc European Counter Terrorism Centre, which will act as an information hub, provide analysis for ongoing investigations and contribute to the coordination of responses to major terrorist attacks.

In addition, research and studies that support the EU's efforts to prevent and respond to radicalisation and terrorism are ongoing. For example, Radicalisation Awareness Network brings together practitioners, researchers and NGOs in a bid to better understand and tackle the issue of radicalisation. The network works with RAND Europe to develop best-practice approaches to counter-terrorism and counter-radicalisation.

RAND Europe's involvement in TACTICS, a project funded by the European Commission, focused on approaches to enhance security and mitigate the consequences of terrorism in European cities. The project has led to a technology-ready concept, which will allow European cities to have a clearer understanding of terrorist threats and the capabilities available to respond to and counteract it. The end goal is a faster, more effective and more efficient response from security forces across Europe to deal with acts of terror.

RAND Europe also led a study on Radicalisation in the Digital Era, which investigated the role of the Internet in encouraging radicalisation, and demonstrated how smart online interventions can arrest the process of radicalisation and ensure that this does not lead to violent extremism.

Over 10 years on from the horrific terrorist attacks in Madrid and London, it can be argued that the threat of terrorism and radicalisation has not diminished. During that time, however, counter-terrorism efforts have become more sophisticated across Europe, taking aim at the root causes of terrorism before actual attacks take place. The potential of this work must not be overlooked as Europe looks to address the threat of terrorism during the next decade.

Ines von Behr is a senior analyst and Jacopo Bellasio is an associate analyst at RAND Europe.