How Real Is the ISIS Threat? 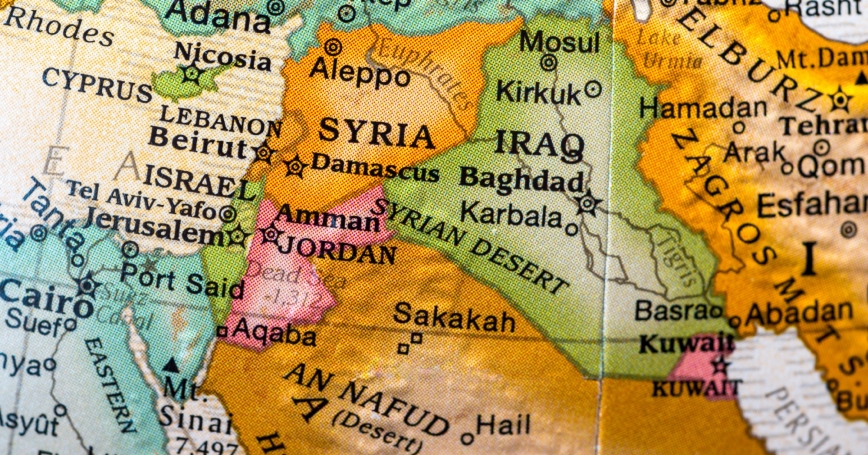 The rise of the Islamic State and its spread across Africa and the Middle East may seem like a novel phenomenon, but it is hardly a first. In 1881, when an Islamic cleric in what was then called “the Sudan,” declared himself to be the Mahdi—the successor to the Prophet Muhammad and leader of a universal jihad that commanded the loyalty of all humankind—the alternative to obedience was death. The Mahdist State ended at the start of the twentieth century, its global ambitions never realized.

Today's Islamic State is less than two years old. Its black flag has been raised in a dozen countries outside of Syria and Iraq. As the self-proclaimed caliph, Abu Bakr al-Baghdadi demands the obedience of all Muslims worldwide. The Islamic State claims affiliates in Libya, Egypt, Saudi Arabia, Yemen, Algeria, Afghanistan, Pakistan, Nigeria, Tunisia, the North Caucasus, and elsewhere. And terrorist attacks have been carried out in the Islamic State's name in the West, including in the United States. But how real are these claims and how serious is the threat that the Islamic State's brand of jihad will spread on a global scale?

The Islamic State calls its claimed territories wilayah or provinces, which it “annexes,” thereby nullifying any existing national boundaries. The wilayah in Syria and Iraq have actual governing authorities. Those beyond are aspirational. In some graphics, the emergence of one affiliate puts the entire country under the Islamic State, but this is misleading. These are outposts of like-minded fanatics—advance parties in a few places, not armies of occupation.

Public pledges of loyalty to the Islamic State by far-flung groups bring benefits to both parties. They affirm the authority of al-Baghdadi, increase his apparent strength, create a bandwagon effect that attracts more support, and provide groundwork for future expansion. By attaching themselves to the Islamic State, local groups heighten their profile over local competitors, become part of a global network, attract recruits, and look for technical and material assistance. Joining the Islamic State also brings risks. It may associate local groups with distant atrocities that repel some local support and could put the group into the crosshairs of more powerful adversaries. The potential loss of autonomy is a distant danger.

But it's not easy to translate these expressions of solidarity into operational cooperation, which requires coordination and central decisionmaking. Military alliances work well so long as members don't actually have to follow orders.

It's not easy to translate expressions of solidarity into operational cooperation.

Maintaining unity will require the Islamic State to tolerate local autonomy. It is hard to imagine Boko Haram's fighters in Nigeria, whose leader has pledged loyalty to the Islamic State, taking orders from Islamic State brass in Syria. If Islamic State emissaries push too hard, they could easily arouse local resentment, especially if it cannot provide significant material assistance to its affiliates.

Fanatics are not easily disciplined. The Islamic State is not immune to the schisms that plague all revolutionary groups. There have been periodic reports of attempted coups and executions of dissidents and deserters. Some of the stories leaking out of Syria may be black propaganda, but probably not all.

It is conceivable, though unlikely, that, in time, the Islamic State could create a truly integrated international force, colonize its affiliates with loyal veterans, assert more control over affiliate leadership, and exploit their resources to support global operations.

In its heyday, al Qaeda envisioned re-creating the Muslim caliphate stretching from India to Spain. Since then, al Qaeda has been driven out of Sudan, Afghanistan and Saudi Arabia. Its central command is now holed up probably somewhere in Pakistan while its affiliates survive in Yemen, Somalia and North Africa.

Continued bombing and gradual advances by Iraqi, Kurdish, and Syrian forces are reducing the Islamic State. Its military defeat seems possible (although perhaps distant)—its ideological defeat will be a more difficult task. Diehard believers will shave their beards and continue the armed struggle underground. Others will seek new fronts. Right now, Libya offers the best opportunity although some Islamic State combatants have established a front in Afghanistan. Thousands of Chechens serving in the Islamic State's ranks want to renew the fighting in Russia's Caucasus.

Thus far, the Islamic State's terrorist campaign outside of Syria and Iraq has been decentralized, probably more symbolic than operational. It depends on local initiative. A global network would theoretically give the Islamic State's operational planners access to significant resources if its leaders decided to launch an international campaign. There is the danger that they may yet do so.

The doctrinal differences among the jihadists are trivial. But their loyalties can shift faster than sand dunes. Circumstances will determine jihad's future force structure. It is not inconceivable that the Islamic State could absorb what remains of al Qaeda. Conversely, the survivors of a defeated Islamic State could rejoin al Qaeda. Or the jihadist universe could morph into an altogether different configuration.

The armed jihad inspired by al Qaeda's ideology began 20 years ago, and some of its veterans date their enlistment back to the wars in the Balkans or even earlier to the Afghan resistance against the Soviet invasion. That the struggle against it will go on for many years is a given.

This commentary originally appeared on The Cipher Brief on March 18, 2016. Commentary gives RAND researchers a platform to convey insights based on their professional expertise and often on their peer-reviewed research and analysis.