How to Fix Guantánamo's Broken Justice 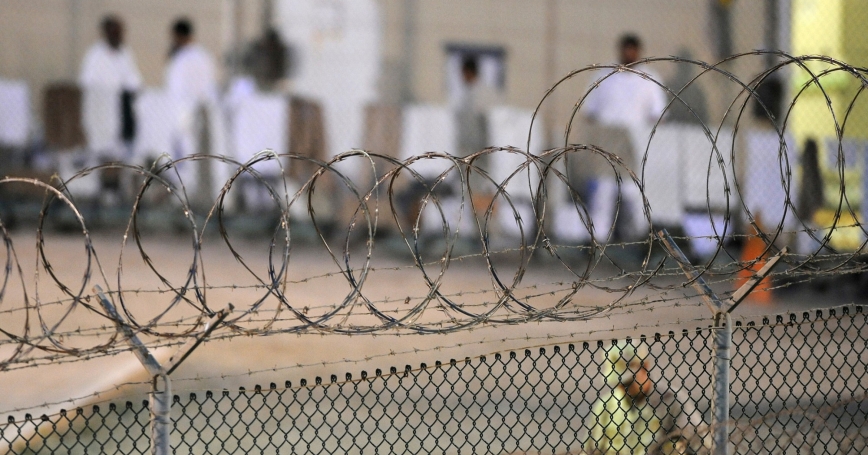 No matter what Congress decides to do with President Obama's latest attempt to close Guantánamo Bay prison, there should be agreement that the existing legal process is fundamentally flawed and the best way to fix it is to replace the military judges now assigned to the Guantánamo trials with federal judges—whether the trials proceed at Guantánamo or in the United States.

This shift to federal judges would expedite the process of resolving the Guantánamo cases in ways that would reflect better on the credibility and legitimacy of the U.S. justice system, while serving the interests of Congress, the president, survivors and victims' families.

That is the conclusion reached recently by the Pacific Council on International Policy's GTMO Task Force, of which we are members. The task force consists of 17 attorneys and policy specialists, the majority of whom have traveled to Guantánamo as official civilian observers.

We observed the proceedings at different times, but we shared persistent concerns that the legal conundrum the United States has constructed at Guantánamo will haunt it into the future.

We left Guantánamo with the impression that many decent, dedicated and professional military personnel have been deployed to serve in a court system that is itself nearly beyond rehabilitation. Shifting to federal judges offers the best and most politically feasible hope for rectifying the damage that's been done at Guantánamo since the military tribunals, known as the Guantánamo commissions, opened 14 years ago in the anxious aftermath of the 9/11 attacks.

Why would it make a difference to replace the military judges with federal judges? Two reasons.

First, almost everyone agrees that the Guantánamo commissions are broken. Their inefficiency, expense and ambiguity over something as basic as a trial date have undermined their legitimacy and America's credibility on the world stage.

Regardless of one's political views, it is hard to deny that the on-again, off-again pursuit of justice, for at best a week or two every other month, serves nobody's interests, neither in deciding guilt, nor in doling out punishment, nor in affirming the integrity of the U.S. legal system.

Second, U.S. district judges—assigned full-time to Guantánamo—would apply standard case-management techniques that could go a long way toward clearing the logistical and procedural hurdles that have stymied the military judges since 2002.

Many federal judges are versed in the protocols for reviewing classified evidence and have already presided over high-profile terrorism trials in their own courts. Experienced federal judges would be better positioned than military judges to evaluate the millions of pieces of classified information that have mired the Guantánamo cases in years-long discovery disputes.

Because they are civilians, the federal judges would also deflect perceptions of improper “command influence,” and their lifetime appointments would shield them from political interference.

There is historical precedent for appointing federal judges to preside over courts for special purposes abroad. President Eisenhower created one such court in Germany after World War II—the United States Court for Berlin.

Such an amendment would require congressional approval but would not require the closure of Guantánamo. If anything, the amendment would put in place the jurists who could best advance the will of Congress to prosecute suspects in a timely fashion.

It would also require approval from the U.S. Supreme Court chief justice or his designee, but any U.S. Supreme Court justice would presumably have faith in the resolve of U.S. federal judges to bring the Guantánamo cases to just conclusions.

As recent atrocities involving the Islamic State militant group (ISIS) suggest, the 9/11 attacks are unlikely to be the last time the U.S. government will feel compelled to take extraordinary legal action under emergency conditions.

It is one thing to be a nation of laws in peacetime. It is quite another to uphold laws in times of peril. It is at those latter times when America defines its true brand of justice. Putting federal judges in charge of the Guantánamo commissions would help Americans regain pride in the U.S. justice system.

K. Jack Riley is vice president and director of the National Security Research Division at the nonprofit, nonpartisan RAND Corporation. Jerrold D. Green is president and CEO of the Pacific Council on International Policy. And Richard B. Goetz, a partner at O'Melveny & Myers LLP, and Michelle Kezirian, a director of litigation and policy advocacy at a public-interest law firm, are co-chairs of the Pacific Council on International Policy's GTMO Task Force.

This commentary originally appeared on Newsweek on March 7, 2016. Commentary gives RAND researchers a platform to convey insights based on their professional expertise and often on their peer-reviewed research and analysis.