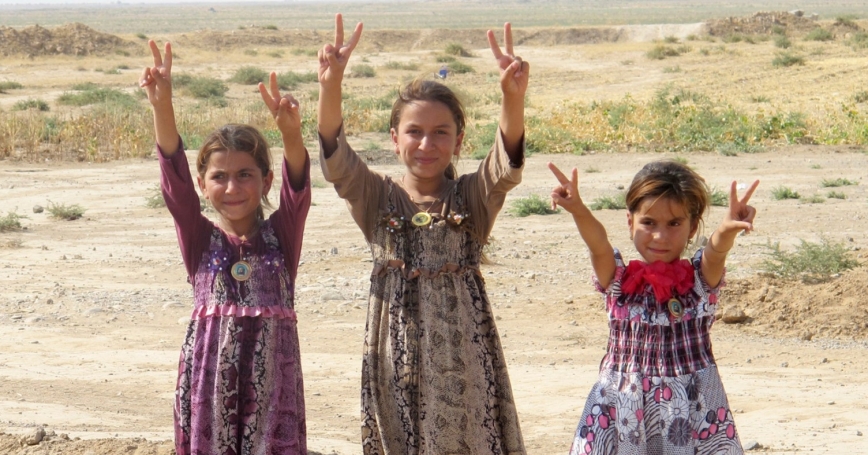 by Michael A. Brown and Christopher Paul

Earlier this month, Lisa Monaco, assistant to the president for homeland security and counterterrorism, told the Council on Foreign Relations that “the only lasting answer to hateful ideologies are better ideas… (A)s we target ISIL's men and its money… we must also confront and defeat their twisted message.” In an information environment saturated with terror recruiting ads, depictions of violence and general rancorous discourse, it remains a daunting challenge for “better ideas” to take hold abroad and at home.

The United States is learning that such work takes time and goes beyond attacking an undesirable idea. Research shows that malicious ideas, ideologies and narratives cannot just be eliminated, they need to be replaced (PDF). So, to complement efforts to undermine hateful ideas, diminish extremism and scale down the prospect of violence, we recommend much more aggressive efforts to incite peace. Peace is not just the state of having “not violence” or “not strife” — it should not be defined by what it isn't, but rather should be positively defined by its virtues: mutual respect, safety, sharing, finding common ground, making incremental progress.

To incite peace, voices for change need to both diminish the negative messages and elevate positive, viable alternatives. We identify four critical drivers — opportunity, messaging, audience and coordination — which policymakers could use to optimize conditions for change toward peace.

Voices for change need to both diminish the negative messages and elevate positive, viable alternatives.

Ongoing efforts to disrupt ISIL create opportunities to promote alternative ideas. These short periods of enforced or intimidated silence by extremists can be seized to incite peace. Considerable attention has been centered on defeating ISIL's message through technical means, with substantial progress. Air strikes have razed radio stations in Afghanistan and Iraqis are working to cut off the group's satellite Internet. Last month, Twitter reported dismantling tens of thousands of “terrorism-related” accounts. Such information operations campaigns should continue. But while ISIL's communications resources are disrupted, there may be opportunities to reframe world views by presenting new narratives or amplifying existing narratives of peace. Right now, the temporary void is just being refilled by ISIL. Monaco affirmed that this is happening: “There's something like 90,000 Twitter accounts associated with or sympathetic to ISIL — sometimes each with 50,000 followers,” she said.

Opportunities, though, are of little value without the right message. So the question becomes, what should the peace-inciting narrative look like? By challenging misinformation and dissuading violence, many current efforts understandably point to counter-narratives. Several awareness campaigns — by the government, nonprofits and even vigilantes — aspire to discredit hostile discourse, using a confrontational lexicon, such as “countering violent extremism (CVE),” “anti-bias,” and “anti-defamation.” These efforts may serve to cancel negative ideas, but are limited in an agenda to promote the alternative message of longer-term peace. It is as important for awareness campaigns — such as “Average Mohamed” in the United States and “Burka Avenger” in Pakistan, as well as the credible voices of former extremists and terror victims, to promote alternative ideas at the same time.

As lessons are learned and relationships evolve, words matter — including where they come from. The Department of Homeland Security indicated its recognition of this last fall, as Secretary Jeh Johnson introduced the Office of Community Partnerships. While maintaining a CVE mission, the new office could be instrumental in pursuing peace and collaboration. This could help cultivate environments fit for stimulating discussions and stories that value unique perspectives, encourage diversity and highlight commonalities that can be used to feature “better ideas.”

Sometimes it can be difficult to identify who the audience should be for these “better ideas.” Like Madison Avenue marketers, communicators must decide if efforts focus on a narrow, “at-risk” segment, or the broader population? Are target audiences located home or abroad?

Geography and the speed of communication suggest a global approach. As ISIL and its sympathizers spread across multiple continents, including here in the United States, debate about the government's role has continued. But why place limitations on the spread of ideas at a time when technology has enabled the government, businesses, NGOs and individuals to reach vast audiences in an instant? A concerted effort to connect messages with multiple audiences — adversaries, allies, as well as the American public — offers a solid opportunity for longer-term success.

Inciting peace — just as extremists incite violence — also requires coordination across a diverse group of stakeholders. Uniform messaging is not essential, as the message of the movement may manifest itself in a multitude of ways. Connecting with these audiences is not solely a government public diplomacy function, nor is it an exclusively top-down or bottom-up strategy. What is critical is that those contributing to a narrative of peace fuse together a constituency to address individual, institutional and systemic change. Such efforts are under way. The recent workshop “Stop Dangerous Speech,” hosted by the World Organization for Resource Development and Education, is one example.

Peace is not a message that generally dominates headlines — especially as the spate of attacks continues in Pakistan, Belgium, Turkey, France and elsewhere — but it should receive greater attention. Stopping ideas that promote violence requires viable alternatives and it may be possible to crowd out hateful and hurtful messages with peaceful alternatives. To “defeat a twisted message,” it is valuable to heed the advice of Dr. Martin Luther King, who said, “Hate cannot drive out hate: only love can do that.”

Michael A. Brown is the Department of Homeland Security Fellow at the nonprofit, nonpartisan RAND Corporation. He has master's degrees in security studies from the Center for Homeland Defense and Security at the Naval Postgraduate School and in public administration from Rutgers University-Newark. Christopher Paul is a senior social scientist at RAND, a professor at the Pardee RAND Graduate School, and an author of several reports, books, and articles about strategic communication, public diplomacy, and information operations.

This commentary originally appeared on Foreign Policy Concepts on March 30, 2016. Commentary gives RAND researchers a platform to convey insights based on their professional expertise and often on their peer-reviewed research and analysis.