Lack of Uniformity in Menu Labeling Could Confuse Consumers 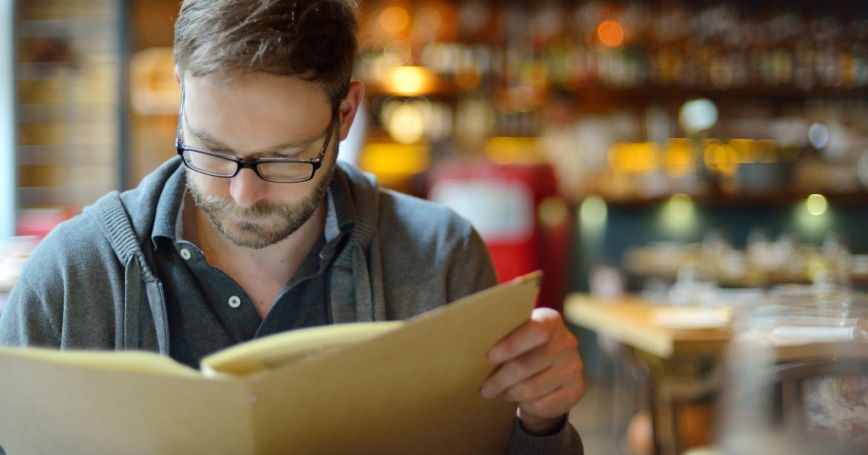 The menu calorie-labeling stipulation required by the Affordable Care Act was intended to provide a uniform method to help consumers make informed decisions about their food choices when dining out. But a bill recently passed by the House would undermine that goal by easing nutritional labeling requirements.

Called the Common Sense Disclosure Nutrition Act, the bill would let food establishments, instead of experts, decide what a serving size should be. Takeout restaurants and convenience stores could choose to disclose the calorie content of menu items only on their websites. Restaurants would be able to choose among three different ways to provide calorie information, which could be misleading—and make the consumer's choice more confusing and difficult.

The current rules, issued by the Food and Drug Administration, require calories to be listed on certain menus in chain restaurants and places that sell “restaurant-type food,” such as a convenience store or a movie theater. The calorie information on menus and menu boards is supposed to be clearly displayed. This allows the consumer to quickly see the total number of calories that will be in the items they choose. Proponents of the Common Sense Nutrition Disclosure Act say that requiring a uniform approach to menu labeling is unfair because the rules are being applied to a wide variety of establishments—such as chain restaurants, convenience stores and movie theaters—that operate under different business models. One key proposed change would allow businesses that receive the majority of their orders off-site, such as takeout pizza places, to list nutritional content online rather that on a physical menu board. And instead of following a specific national standard, the bill would give businesses leeway in how calorie counts are presented.

Moving away from the current uniform method—and allowing businesses to post calories in a variety of ways—could make it harder for many Americans to make practical use of the information. For instance, assuming an ounce of French fries has 90 calories, under previous guidelines a restaurant would have to label a 6-ounce side of French fries as containing 540 calories. Under the proposed approach, it's not so simple. The calorie count in the same 6-ounce serving can be broken down into the number of servings per item and calories per serving. Suddenly, that 540-calorie item could be labeled, for instance, as two 270-calorie servings, three 180-calorie servings, four 135-calorie servings—or 2.5 servings of 216 calories.

A takeout restaurant could also list the calories in one chicken wing, instead of an entire order, because a wing is a common unit of the item. That means a basket of 10 chicken wings could be labeled as having 81 calories per serving, without mentioning that the pieces of chicken in the basket add up to 810 calories.

Figuring out what calorie counts on a menu actually mean can be challenging. Many American adults have limited numeracy skills (PDF)—30 percent do not have the ability to solve math word problems requiring more than one step. Even those with more advanced math skills may not be able to properly access them when dining out, since this is frequently a time when people are rushed and distracted and may not be able to slow down to notice some of the finer details of the food labeling, like the number of servings or what the common unit may be.

Both the current FDA rules and the House bill could benefit from adopting a potentially more effective approach that has the potential to make menu labeling far easier for consumers to understand. Instead of calories, the focus could be on establishing standard portion sizes for single servings that would not exceed what the average person could burn during routine physical activity. Those with limited math skills could order food in terms of portions, eliminating the need to calculate the calories in each portion. One portion would be sized to be the right amount for the average person to consume, which might help people avoid eating too much. With standardized portions, a single serving of French fries could be designated as 2 ounces, for instance. If consumers wanted a larger serving, they could order a second or third portion, and so on.

Every week more than 80 percent of Americans eat at least one meal prepared away from home, and 47 percent eat at least three or more. One underlying reason for America's epidemic of obesity and diet-related chronic diseases is that it is virtually impossible for people to track how much they eat, especially when dining out, because there are no standards for uniformity in portion size. Most people lack the ability to estimate caloric content just by eyeballing a food.

Common sense dictates that information should be made easier, rather than harder, to understand. Uniformity is an important principle that makes it easier for people to learn and act on information. In an era when we are overeating as a nation, efforts should focus on making it less complicated for people to track and moderate their food intake.

Deborah A. Cohen is a senior natural scientist at the nonprofit, nonpartisan RAND Corporation and author of “A Big Fat Crisis—The Hidden Forces Behind the Obesity Epidemic—And How We Can End It.”

This commentary originally appeared on The Hill on March 15, 2016. Commentary gives RAND researchers a platform to convey insights based on their professional expertise and often on their peer-reviewed research and analysis.