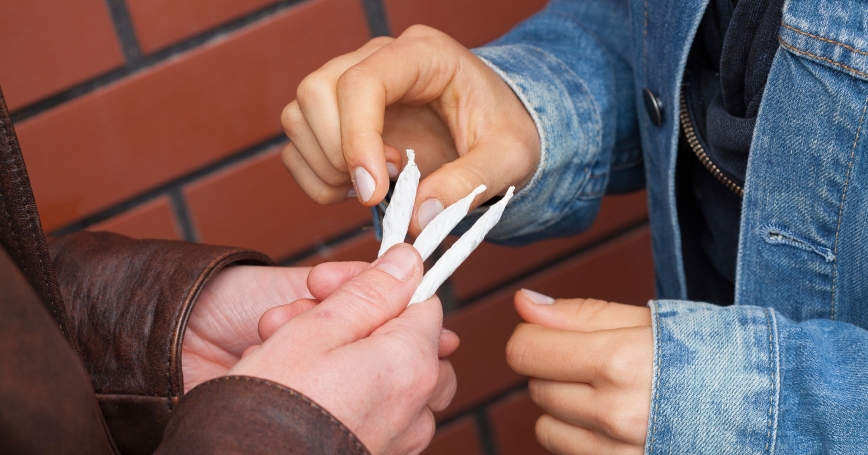 Recent research has shown that more than a quarter of Vermont's youth used marijuana in a previous 30-day period, a figure that is higher than the national average. In addition, the rate of binge drinking and cocaine and heroin use is high among the state's youths and young adults, according to the Centers for Disease Control and Prevention. As a result, Vermont devotes nearly $490 million — 18 percent of the state budget — a year to addressing the negative consequences of overall drug and alcohol abuse. This figure could grow as a bill legalizing marijuana for recreational purposes is making its way through the Vermont Legislature and has a strong possibility of passing. In light of that, lawmakers and communities should focus on putting in place drug prevention programs aimed at young people.

Ideally, any new policy would support widespread use of evidence-based prevention programs, those that have been shown through good research to get positive results. Compared to brief programs that provide basic bullet-point education, evidence-based programs tend to last longer (10 to 15 class meetings) and spend time imparting essential skills — like the art of saying “no.” Many studies over the past two decades have shown that evidence-based programs can be effective in preventing drug and alcohol use among youth. The most common examples are Project ALERT and Life Skills Training, two similar programs designed to be delivered to seventh and eighth graders by middle school personnel.

One component critical to the success of these programs is funding. Vermont already awards grants to a select group of communities and schools to carry out evidence-based prevention. However, the experience of many researchers working with such groups has shown that a tremendous amount of resources go toward just securing this type of funding. These grants usually require expensive and time-consuming needs assessments documenting the nature of the problem, even though communities often wind up choosing programs in the “universal prevention” category — programs applicable to all youth regardless of specific needs. In addition, the grants tend to be short term, lasting one to two years, causing these groups to be in a perpetual cycle of grant writing.

A more effective approach would be to support all of Vermont's approximately 60 middle schools in adopting a single evidence-based program aimed at every seventh grader. Instead of granting larger sums of funding to a smaller set of communities, RAND Corp. research (PDF) has shown that for a relatively small amount of money, about $600 a year per school (not including the cost of the curricula, some of which are free, like Project ALERT), each school could carry out a program with a proven approach to prevent drug use.

More will also need to be done to ensure that any new program has a real impact on young people. Research shows that schools rarely adopt evidence-based programs, or implement them as intended when they do. This is because school personnel often have not been trained how to tell good programs from bad or how to make a program properly fit into their school. That is why schools need support to make these programs work. Universities and government agencies, as well as RAND, have developed resources to help schools and other community-based organizations succeed at instituting evidence-based programs. The support includes written manuals, training and ongoing coaching.

In Vermont, the state agency responsible for prevention — the Alcohol and Drug Abuse Program — already has 10 prevention consultants who support evidence-based prevention in different regions of the state. To take advantage of this resource, the state should consider assigning these staff to help each school in their region adopt and implement a prevention program. Of course, the approach would be made even easier if Vermont required all schools to adopt the same universal prevention program.

To help an organization run a more effective prevention program requires only about 32 hours of outside support a year, according to RAND research. That seems like a bargain if it results in an effective drug and alcohol prevention program aimed at every seventh grader in Vermont. This type of prevention pays for itself by preventing medical bills, jail time and lost wages that accompany drug use, research has shown (PDF). It also could impart intangible benefits — by teaching young people to make good choices.

Matthew Chinman is a senior behavioral scientist at the nonprofit, nonpartisan RAND Corporation.

This commentary originally appeared on VT Digger on March 4, 2016. Commentary gives RAND researchers a platform to convey insights based on their professional expertise and often on their peer-reviewed research and analysis.