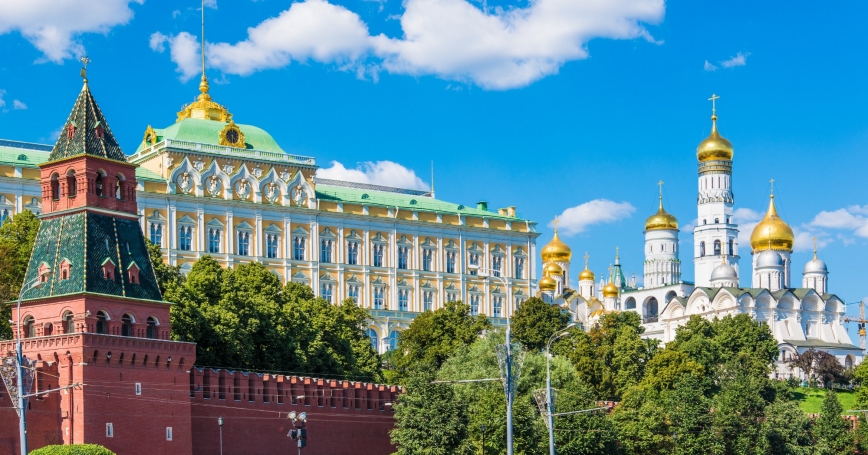 After Russia annexed Crimea two years ago, President Barack Obama dismissed it as a regional power that acts “out of weakness.”

Russia is more than this, but a penchant for zero-sum statecraft and coercing neighbors lessens its stature. By cooperating more in the international arena, Russia could become a greater power.

President Vladimir Putin's announcement of a military drawdown in Syria hints that Russia might recognize this.

Russia is not to be underestimated. Its land area is nearly twice as large as America's. The two countries possess over 90 percent of the world's nuclear arms. Russia has armed forces as large as France, Germany, Italy and Japan combined.

In 2014 the size of Russia's economy was not far below Italy's, and its per capita gross domestic product was two-thirds higher than China's. In that year Russia's oil production almost equaled Saudi Arabia's, and its gas output was two-thirds as large as America's.

In some ways, Russia is a cooperative great power. It helped pressure Iran to reach a nuclear deal with the P5+1. Russia has strategic arms accords with America, and it has aided logistics for NATO forces in Afghanistan. Moscow is working with other producers to address falling oil prices, and it has reproached North Korea for threatening nuclear strikes.

Statist economic policies and corruption undermine the rule of law and make Moscow a lesser player in the G-20. The war against Ukraine has alienated a country with which it has longstanding cultural and ethnic ties, and the West has imposed sanctions never before imaginable.

By attacking moderate rebels in Syria, Russia reinforced its isolation from the West. Moscow is running undue risks by overreacting to Turkey's shoot-down of a Russian aircraft, peddling false charges of "migrant rape" in Germany, aiding the ultranationalist National Front in France and backing a British exit from the European Union.

Rarely does a great power at one time jeopardize so many important relationships.

A penchant for zero-sum statecraft and coercing neighbors lessens Russia's stature. By cooperating more in the international arena, Russia could become a greater power.

Russian elites wrongly tend to see the international system as driven mainly by foreign leaders' cynicism and aggrandizement, which the Kremlin can manipulate or buy. They misunderstand how values such as liberty thrive in the West, and the role of voluntary structures such as the European Union and NATO. The Kremlin tries to buttress popular support by inventing external enemies, adding to its foreign policy challenges.

Overcoming these problems will not be easy, but examples of how other great powers cooperate may offer useful insights.

While the European Union is democratic and prosperous and the emerging Trans-Pacific Partnership will expand trade in a vast region, Russia is becoming less democratic and pressuring neighbors to join a protectionist Eurasian Economic Union.

Western powers have good ties with neighbors, but Russia has fought unproductive wars in Georgia in 2008 and now Ukraine.

Open debate helps democratic powers develop consensus policies, an advantage Russia lacks. Misreading the Maidan uprising as a U.S. ploy, many Russians were surprised by Ukraine's fierce resistance to aggression and by Europe's unity on sanctions. Russian leaders underestimate the power of grassroots pressures for change, abroad as well as at home.

Collaborating with other nations does not mean sacrificing independence. France, for example, cherishes its freedom of action but collaborates intensively with others. It led the successful United Nations Climate Change Conference last December, and has joined with others in the military campaign against the Islamic State.

In contrast, Russia is a loner, and held in low regard around the world, according to a poll last August by the Pew Research Center.

Over several decades China, despite authoritarian rule, has leveraged economic reform to build a competitive, diversified economy. But reform in Russia has lagged, leaving it overly dependent on commodities and their volatile prices. Some Russian leaders tend to focus on short-term goals—staying in power and distributing resources to cronies—rather than state building.

Russia also could enhance its global stature by embracing a fair international order and greater openness. A status quo power, Russia claims to defend state sovereignty yet invades weaker neighbors. It is failing to find support for a more pliable international system that would give it special privileges and veto rights.

Moscow puts others on guard by undermining governments it regards as adversaries. Mendacity in foreign policy makes Russia a difficult partner, despite a skilled diplomatic corps.

Recently Foreign Minister Sergey Lavrov observed that “competition in shaping the 21st century world order has toughened.” He is right. This puts a premium on respecting others' interests and overcoming embedded habits in Moscow's mistrustful approach to the outside world.

Russia has multiple opportunities to enhance its great power status. It could lead in fostering peaceful development of the warming Arctic region. Together, Russia and China could unlock Eurasia's potential as a competitive trade corridor and source of energy. In Syria, Russia could press harder on the Assad regime to respect the cease-fire and negotiate a political solution that aims for more stable and inclusive governance.

If Russia actively pursues such goals, none will dare call it only a regional power.

This commentary originally appeared on Newsweek on March 20, 2016. Commentary gives RAND researchers a platform to convey insights based on their professional expertise and often on their peer-reviewed research and analysis.