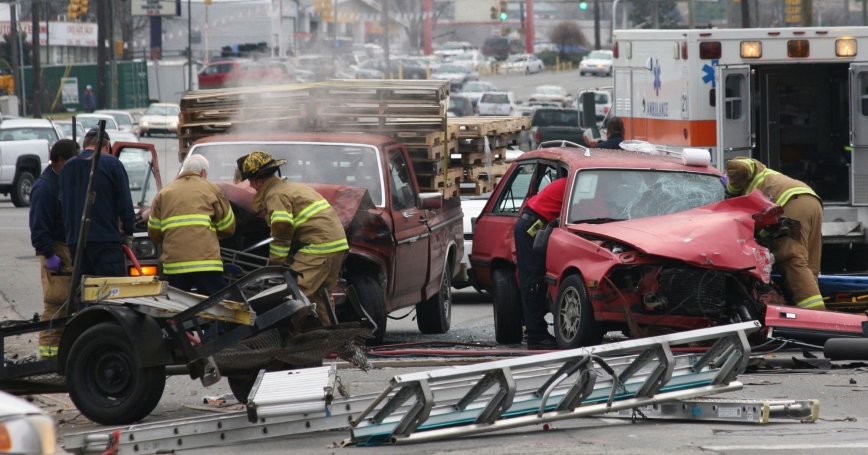 Motor vehicle crashes are a leading cause of accidental death in the United States. In 2014, more than 32,600 Americans were killed and more than 2.3 million were injured in crashes.[1] The direct and indirect costs of crashes are substantial. One study found that crash-related costs—which include a variety of costs, such as medical care, productivity, and travel delay—reached at least $242 billion in 2010.[2] And this estimate does not fully capture the price of all consequences, including long-term harm to family and community quality of life.

A wide range of evidence-based policy and program interventions can help prevent vehicle crash injuries and deaths. However, with limited resources, state policymakers must choose the interventions that will provide the greatest reductions for the money spent. To do this, they need to understand how much interventions will cost and how effective they will be in their state.

To address this problem, the RAND Corporation, with funding from the National Center for Injury Prevention and Control at the Centers for Disease Control and the Robert Wood Johnson Foundation, developed an online tool called Motor Vehicle Prioritizing Interventions and Cost Calculator for States (MV PICCS) that generates state-specific cost-effectiveness estimates. The tool is available for free at www.cdc.gov/motorvehiclesafety/calculator.

Table 1 describes the 14 interventions, along with their estimated effectiveness in reducing deaths within specific types of crashes. For example, red-light cameras are expected to reduce deaths that occur at signalized intersections by 17 percent.

MV PICCS determines the cost-effectiveness of each intervention in each state. Costs are defined as the cost paid by the state to implement the intervention. For some costs, we were able to scale them to each state based on state characteristics (e.g., wage rates, population, roadway miles). For example, the average cost of police time varies by state. For others, we developed a “most common cost” and used it across all states (for example, an average per-camera cost based on actual per-camera costs for speed cameras in different cities). The costs of upfront items, such as passive alcohol sensors, were spread over five years. We also estimated the fines and fees that would be paid to the state by offenders, since these could offset some of the costs.

Effectiveness is defined in two ways. First, we used estimates from the literature of the percent of injuries and deaths that could be avoided with each intervention. These are specific to crash types, as shown in Table 1. We chose the estimates from the best available study or meta-analysis of each intervention and translated that into state-specific effects based on the number of crash deaths in that state for that particular crash type. Even in two states with similar populations, one may have a greater number of lives saved due to motorcycle helmet laws, based on the number of past motorcycle deaths.

Second, we translated effectiveness into dollars based on the estimated value of saving a life or preventing an injury. We used existing literature to estimate these values for individual states, based on nine categories, such as medical costs, property damage, lost productivity, and insurance.[4]

These assumptions are all programmed into MV PICCS. Users can then customize their analysis by specifying the five inputs identified in Table 2.

With this combination of inputs, users can find the most cost-effective way to spend limited dollars on traffic safety, and develop state-specific annual estimates for costs and effectiveness of policies and programs. The tool can analyze one policy or all 14. MV PICCS can also run in “portfolio analysis” mode, meaning that it adjusts for related policies. For example, if we simply add the lives saved from the three seat-belt related interventions, the estimate will be too high, because we expect some overlap between the policies.

The tool analyzes one state at a time. However, based on the underlying data that we compiled for MV PICCS, we can look across states and identify the most cost-effective ways to spend money on traffic safety at a national level. We considered three policy questions from a national perspective:

To do this, we developed a cost-effectiveness estimate for each intervention in each state—714 in all (14 interventions in 50 states, plus the District of Columbia; for convenience we will refer to 51 states). We then took some of these out of consideration, for two reasons. First, we eliminated three interventions—two (saturation patrols and high-visibility enforcement) because we did not find reliable information on where they are already implemented, and one (increased seat belt fines) because the implementation cost is zero. So this analysis covers 11 interventions, not the original 14. Second, we removed those interventions that are already implemented in individual states. This leaves 298 potential interventions across the 51 states. If we implement all 298, we would save 3,939 lives for a cost of $2.1 billion (this and other figures for lives saved are on an annual basis. Comparisons of this baseline to the three policy questions are shown in Table 3.

Should Interventions Be Selected Nationally or State-by-State?

What Is the Most Cost-effective Way to Allocate an Increase in Funding for Interventions?

For this question, we considered the effects of a 10-percent increase in federal funding to states (approximately $57.9 million divided among the 51 states) to implement additional interventions and compared two ways to allocate this increase. The first is to increase each state's individual allocation by 10 percent and implement those interventions that are most cost-effective within that state. This approach spends only $28.4 million, because many states cannot use the full allotment as the cost of many interventions exceeds the 10-percent increase. Allocating funds in this way would save 660 lives in 47 states.

What Is the Most Cost-effective Way to Reduce Drunk Driving?

Using five interventions that target driving while intoxicated (DWI) specifically, we look at the cost-effectiveness ratios across all states. There are 255 possible intervention–state combinations (51 states times five interventions), and excluding those that are already in use leaves 119. If we implemented all 119 interventions in the states where they are not in place, 1,182 lives are saved at a cost of $764 million. Ten of these have cost-effectiveness ratios exceeding 100; if just these ten were implemented, they would save 170 lives in ten states at a cost of $2.1 million. This is a striking difference in cost-effectiveness; we can save 14 percent of the fatalities with less than 0.5 percent of the cost.

This analysis has three important limitations:

First, it is limited to 14 interventions. The tool does not include every possible intervention because of the criteria we used to select them. For example, the tool omits bans on cell phone use while driving for which the evidence is still conflicting. It also excludes engineering interventions such as improved vehicle safety or road quality.

Second, many assumptions were needed to generate these estimates. Four of the most important are summarized here. First, the cost-effectiveness estimates reflect assumptions about the level and characteristics of implementation (for example, the number of cameras needed for red-light and automated speed-camera enforcement). Second, the effectiveness estimates from the literature are based on conditions in a specific jurisdiction, which might not reflect the conditions in others. Third, effectiveness estimates for injuries were not available for most interventions, so, without more-specific information, we assumed that the reduction was the same as for fatality reductions. Finally, for some components of the state-specific estimates we used data from national databases, which may or may not be accurate for any particular state. Full details about the assumptions are provided in a documentation report.[6]

Third, the tool is not continually updated. We used best available data at the time of the research. However, we have not updated two key sets of data: the number of fatalities by type per state and the implementation status of each intervention in each state. If, for example, deaths in vehicle crashes have declined considerably in some states since 2010, the tool's estimates of lives saved will be too large.

Despite these limitations, we believe that the analyses can be of great use to state policymakers. They provide policymakers a sense of the relative costs and effects of the different interventions under consideration, and a variety of ways to conduct state-specific analysis.

Liisa Ecola is a senior project associate and transportation researcher at the RAND Corporation. Jeanne S. Ringel is a senior economist at RAND and director of the Population Health Program.

This commentary originally appeared in ITE Journal on April 1, 2016. Commentary gives RAND researchers a platform to convey insights based on their professional expertise and often on their peer-reviewed research and analysis.