Police and Crime Commissioners: Why Should We Care? 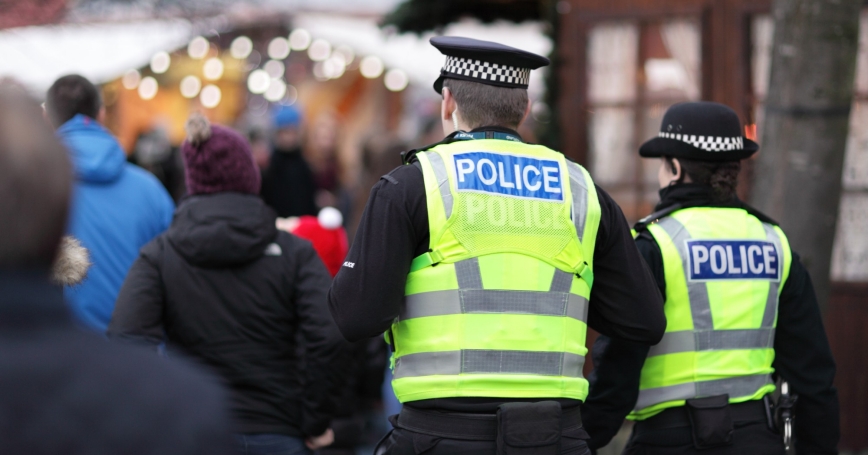 There is an important vote in the UK soon — and it's not the EU Referendum. Elections for Police and Crime Commissioners (PCCs) will be taking place on May 5th. PCCs are comprised of directly elected officials who oversee local policing and crime and were first introduced across England and Wales in 2012. The first elections drew the lowest ever turnout in British electoral history: 15 per cent on average. At the time, the UK media presented this as one of the most serious failures of the policy.

A report (PDF) for the Police Foundation discussed some of the main reasons for this poor turnout. Reasons included poor timing, voter dissatisfaction (i.e., concern about mixing politics and policing), a lack of information (i.e., limited advertising from central government) and under-resourced campaigns (i.e., limited funds available to candidates).

Although these issues are likely to remain, voter turnout is expected to improve in the second set of elections, as this will be aligned with voting in the local elections in the UK. But the evidence suggests that public awareness remains low. Almost two years after the first elections, one survey commissioned by the Committee on Standards in Public Life found that 68 per cent of people had heard of PCCs, but less than half knew that they were elected into their role by the public.

There has been very little research examining what has happened in the four years since PCCs were elected. However, my Ph.D thesis, completed in 2015, focused on the introduction and implementation of PCC policy in England and Wales. It attempted to find out more about the work that PCCs were doing and the relationships they were building with local stakeholders.

The research found that there were a number of challenges for PCCs. Some of these included balancing the need to engage local communities against maintaining a broad strategic role across the police force, as well as managing sometimes difficult relationships with chief constables and police and crime panels (bodies of local councillors who scrutinise PCCs). While PCCs approached the role in different ways, they all shared the same aims of cutting crime and delivering an effective and efficient local police service, with some being involved in a number of innovative crime prevention measures in English and Welsh regions.

Despite all the work happening behind the scenes, the poor voter turnouts in the election and apparent remoteness between PCCs and the public mean that both the government and prospective PCCs still have a lot of work to do to enthuse their electorate. So why should the public care about the PCC elections this time round?

PCCs Have Significant Powers That Affect Everyone

PCCs have a number of powers within their local police areas, including powers to set local police priorities, appoint and dismiss chief constables and direct police and crime reduction budgets. They are also responsible for large sums of public money and have the power to affect how much council tax goes to the police.

The Powers of PCCs Are Expanding

The PCC role is still in development. Following consultation, the government has announced that it is taking forward legislation to enable PCCs to hold their local fire and rescue services to account — part of a broader move to establish closer collaboration between the police, fire and rescue and NHS ambulance services. Some PCCs have sought to extend their role even further. For example, Adam Simmonds, PCC for Northamptonshire, has commissioned a free school with a 'crime focus' for troubled youths, an initiative that has attracted support from the UK's Home Secretary Theresa May. These are indications that PCCs will play an increasingly prominent role across local government, beyond simply policing and crime.

PCCs Are Here to Stay

Although both Labour and the Liberal Democrats parties in the UK proposed scrapping PCCs in their 2015 general election manifestos, the election of the Conservative government meant that PCCs will remain in place for at least the next eight years. However, as PCCs become more ingrained in the local political landscape — particularly if they are given further powers — they are likely to prove difficult to remove. Their position is also supported by the increasingly powerful Association of Police and Crime Commissioners (APCC), which affords PCCs the chance to coalesce around key issues in policing and crime, and also gives them a strong political voice.

PCCs are clearly a work in progress and their role is in development, both by government and PCCs themselves. Together with their local stakeholders, such as Chief Constables and Police and Crime Panels, they are learning how to best work together to forge effective and accountable relationships. However, perhaps the most important relationship of all is with their local electorates. The upcoming elections will be a barometer of this, but of more importance will be the work they do thereafter.

Both the government and PCCs will need to engage in a widespread public awareness campaign before and after the elections. This should inform the public about PCCs and their role in society, and make use of objective, evidence-based research to clearly show the contributions that they have made to the region through the initiatives and programmes that they have introduced. Only then will the UK public start to care about PCCs and understand why their votes matter.

Matthew Davies is an associate analyst at RAND Europe. He holds a Ph.D. in criminology from the University of Oxford, where he completed a thesis on Police and Crime Commissioner (PCC) policy in England and Wales, which involved interviewing 32 out of 41 PCCs across England and Wales.