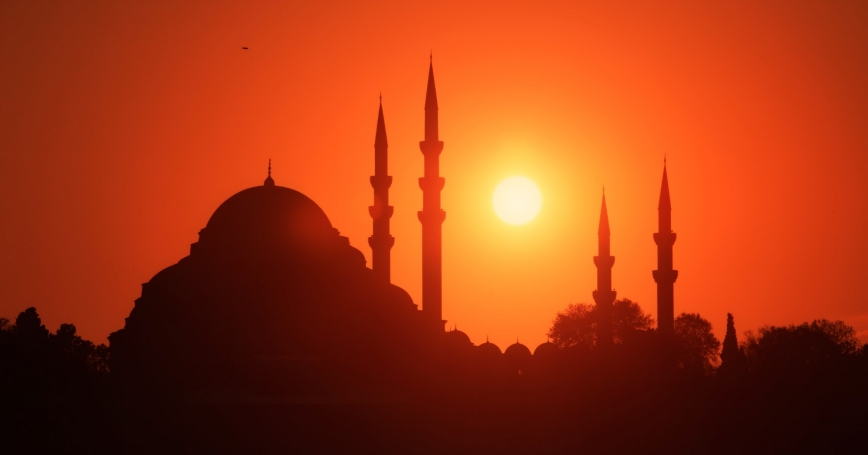 The sun sets over Suleymaniye Mosque in Istanbul, Turkey

Shelly Culbertson, a policy analyst at the RAND Corporation, had a difficult time believing that the wave of demonstrations and protests known as the Arab Spring had led to relatively little constructive change in the Middle East. So she decided to investigate firsthand. The result is her new book, The Fires of Spring: A Post-Arab Spring Journey Through the Turbulent New Middle East (St. Martin's Press), which mixes travel memoir, reporting, and analysis as it explores six countries that represent different regions of the Middle East and presents diverse experiences of the Arab Spring.

When the uprisings first broke out more than five years ago, the Arab Spring captured the world's attention while placing a spotlight on the region's problems: high unemployment, poor education and, in some cases, autocratic governments. In the immediate aftermath of the protests, the hopes of citizens were largely dashed when massive change failed to occur and chaos ensued in some countries after governments were overthrown and civil wars broke out.

To research the book, Culbertson traveled through Tunisia, Turkey, Iraq, Jordan, Qatar, and Egypt, countries she chose because they each offered a unique window into the Arab Spring. Governments had been overthrown in some of the countries and protests had led to incremental changes in government structures in others. Those that did not experience significant protests were important to the story either in terms of the political and security context they provided, for their diplomacy, or for how they were portrayed in the media.

After talking with people across the Middle East, I concluded that the Arab Spring is just beginning.

“After talking with people across the Middle East who had been central in some way to the Arab Spring events, I concluded that the Arab Spring is just beginning,” Culbertson says. “Arab Spring 'Phase I' was about objecting to the status quo. Arab Spring 'Phase II' will unfold over the coming decades, in gradual processes of the day-to-day work of building institutions and creating new societal values.”

The Middle East is often viewed by the rest of the world through the media's reporting on the ongoing violence there, Culbertson observes. With her first book, Culbertson says she is trying to present a realistic portrayal of the region, examining the various Arab Spring events through the broader lens of history. She analyzes the deep changes underway in the Middle East while highlighting the many human stories and exploring the potential challenges that lie ahead: improving opportunities for youth, negotiating the role of religion in society, and increasing democratic participation.

“The countries in the Middle East that are not mired in civil war are in a process of working out the future vision they have for themselves,” Culbertson says. “This will be a generational process that requires investments in education, public debates about societal values, new social contracts or constitutions, and development of institutions.”