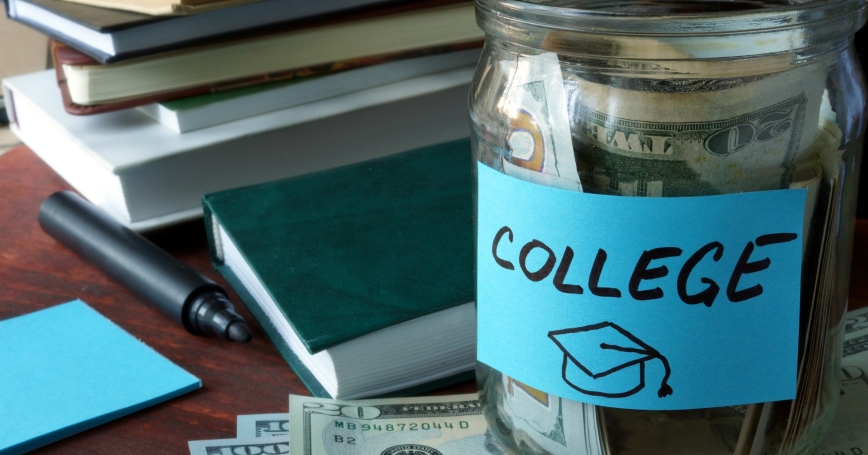 Free college may make for a terrific sound bite on the campaign trail, but it rings hollow. Framing the future of college as a debate about whether it should be free is a lost opportunity to discuss what's really wrong with higher education in America—and a missed chance to help young Americans regain lost competitiveness in the workforce.

At the heart of the “free college” movement is the idea that everyone needs a four-year college degree. Yet this fails to address two critical problems with the higher education system in America: (1) the lack of innovation in knowledge development, and (2) the lack of incentives for schools to adequately provide the changing skills demanded by the labor market.

Such rhetoric actually exacerbates issues facing the U.S. higher education system by artificially reinforcing the status quo model. That's because with “free” or “debt-free” college, little actually changes except for the signature on the check. Instead of state governments paying for ever-rising college costs, the federal government—and taxpayers—foot the bill. “Free college” is not actually free.

Higher education in America is in need of reform. The current system promotes four-year degrees as the solution to what plagues young Americans, but this is a fallacy. If real wages were steadily increasing for young college graduates, tuition increases would not be such a pressing issue. Instead, over the last decade, young college graduates ages 25 to 34 have seen real average earnings fall, while average student debt continues to rise.

The reality is that not every job requires a four-year degree. According to the U.S. Census Bureau, the fastest-growing occupations from 2005 to 2015 for young college graduates aged 25 to 34 were in health care, food preparation, personal care and transportation (the largest level increases were in management, business and finance, health care, office and administrative, and computer and mathematical occupations). Health care practitioners aside, most of the fastest growing jobs are low-skill and low-wage. That suggests many young graduates are not being adequately prepared for high-skill jobs, or are choosing jobs that do not require a bachelor's level education.

Moving the debate on higher education policy from “free college” to the “future of college” could go a long way toward addressing ongoing concerns surrounding American competitiveness and prosperity. Young people need a postsecondary system that adequately and cost-effectively prepares them for all types of occupations, a system where a one-size degree does not fit all.

A conversation about the “future of college” could explore creating a different model of higher education, one that is as dynamic as the labor markets it is supposed to prepare Americans for. By embracing the broadband revolution, workforce education and training could be completely customized, a hybrid of in-person and online learning. Public-private partnerships with employers could make apprenticeships fashionable again, as an integrated part of the learning experience. Career information and counseling could be a core part of the education system, not a sidebar. And just as standardized tests are becoming obsolete for admission, standardized term degrees need not define a postsecondary education credential.

In this future of college, degree creep—where jobs that don't need advanced degrees increasingly require them—would become a relic of an outdated system, as would the delineation between a floundering community-college system and four-year universities. Students would get only the credentialing they need, and schools would actively seek out the most cost-effective ways to provide it. The troublesome rise in student debt levels, a consequence of the current system, would self-correct. Issues such as data privacy, digital literacy, “sponsored” wireless data plans (where select online content doesn't count against monthly data limits), and freeing up more spectrum would be just as important to the higher-education conversation as tuition and income-based repayment for student loans.

As a start, federal aid could be used to promote investment in human capital and innovation in learning, instead of filling the gap of falling state funds. Schools that receive federal funds need greater accountability, for example, by making institutional data more transparent through efforts such as the Postsecondary Data Collaborative, an initiative designed to aggregate and disseminate metrics on college completion and graduate workforce outcomes. Moreover, students who receive federal aid could also be given personalized training on debt and expected income to make wiser borrowing decisions.

The current mindset regarding the traditional four-year college degree needs to change. College should be more about educating and preparing citizens for the workplace of the future instead of about granting four-year degrees. That shift could begin by reframing the “free college” debate of today into a discussion about the college of tomorrow.

Diana Carew is an assistant policy analyst at the nonprofit nonpartisan RAND Corporation and a doctoral candidate at the Pardee RAND Graduate School. She writes regularly on higher education policy.

This commentary originally appeared on The Hill on April 14, 2016. Commentary gives RAND researchers a platform to convey insights based on their professional expertise and often on their peer-reviewed research and analysis.