Study Finds Most Military Families Are Resilient in Face of Deployment 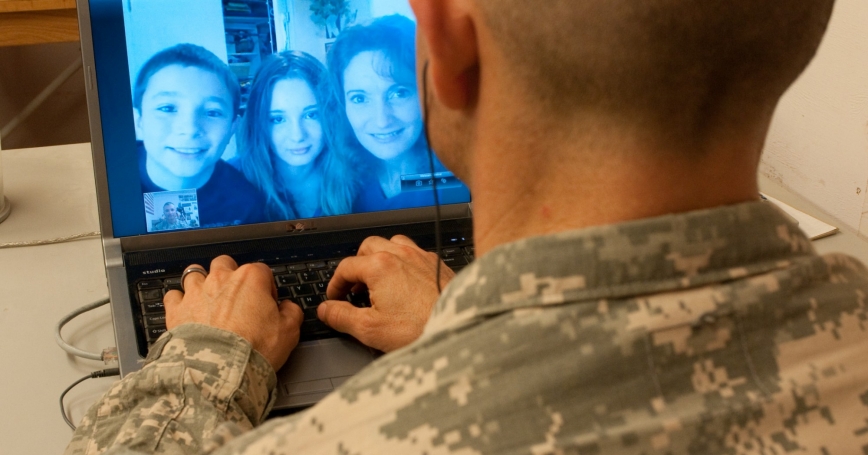 How would your family fare if one of its members was sent to a faraway, foreign environment where personal safety was jeopardized for six months or more at a time? What if this happened repeatedly?

While this scenario may be a thought exercise for many American families, it is often a reality for military families. Yet despite the fact that service members, spouses, and their children experience frequent deployments to combat zones throughout the world, a recent RAND study of more than 2,700 military families across the Army, Navy, Air Force, and Marine Corps found that military families generally fare well and adapt effectively to the stresses of deployment.

The study followed military families for three years, reaching out every four months to service members, their spouses, and in some cases a teen child, to ask about how they were doing before, during, and after the service member was deployed to a combat zone. Perhaps not surprisingly, families that experienced a deployment reported disruptions, generally negative, in their routine during the period when the service member was away from home. For example, spouses who remained at home reported lower levels of satisfaction with parenting during the deployment, compared to before or after.

But the study also found that different members of a family responded differently to the same deployment. For example, in contrast to their spouses, service members rated their satisfaction with parenting higher during the deployment compared to before and after. This makes sense—the parent who remains at home has a different perspective on their family's functioning than a service member who may only call or email home a few times a week.

Despite some negative responses during the deployment, after the service member returned home, military families on average reported a return to pre-deployment functioning. In other words, most families exhibited resilience, or were able to “bounce back,” from the stresses they faced while separated. There were few differences in post-deployment outcomes between military families that experienced a deployment and those that did not. Of course, not all military families are the same: some did experience significant difficulties in adapting to deployment.

Sarah O. Meadows is a senior sociologist and Benjamin R. Karney is an adjunct behavioral scientist at the nonprofit, nonpartisan RAND Corporation.