The Police Could Be Controlling Your Self-Driving Car 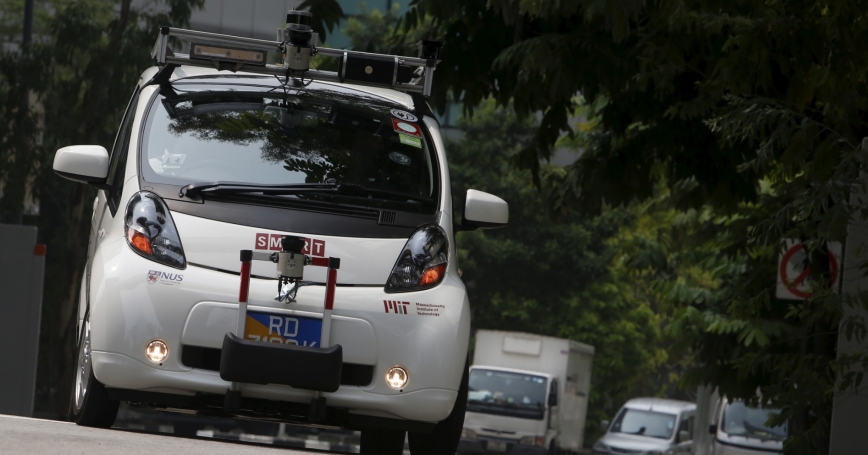 A self-driving vehicle travels on the road during a demonstration in Singapore, October 12, 2015

Although today's roads aren't filled with self-driving cars (aka autonomous vehicles: AVs), billions of dollars are being bet — by car companies from Ford to Tesla, tech companies from Alphabet's Google to Apple, and the U.S. government — on the proposition that they soon will be.

If and when the bets pay off, the basic features — good and bad — of AV systems will already have been established, hence hard to change.

It is time to start thinking about the rules of the new road. Otherwise, we may end up with some analog to today's chaos in cyberspace, which arose from decisions in the 1980s about how personal computers and the Internet would work.

One of the biggest issues will be the rules under which public infrastructures and public safety officers may be empowered to override how autonomous vehicles are controlled.

It is not hard to imagine why they might want such override power. One is for traffic control. As AVs proliferate, there are many advantages to having them talk with intelligent roadways, the better to use scarce freeway space. Controls may also be imposed to leave lanes clear for emergency vehicles or crowded busses. Road conditions that are hard to detect by AV sensors, like weather-related lane closures, may also be more efficiently and fairly handled by having roadways or emergency crews redirect AVs away from problematic lanes, as well as around police, fire, and EMS activity. Overrides could be used to restrict certain vehicles from sensitive locations, like military sites.

More intrusive controls may be called for to deal with crime. For instance, high-speed chases could become a thing of the past. The vehicles of drunk/drugged individuals who insist on doing their own driving could be pulled over if their cars' actions could be controlled from the outside. To prevent great mayhem, police may dearly want to override the use of automated vehicles by terrorists or other criminals.

These capabilities cannot be conjured overnight, but must be engineered well in advance. AVs would have to be built with a capacity to accept real-time commands — which in turn, requires some communications channel plus the requisite software to override the AV's internal logic — and in very standardized ways so that a single command is interpreted the same way by all AVs.

Rules and protocols would have to be developed to ensure there are no (or very few) non-autonomous vehicles and to ensure that terrorists, criminals, or hackers cannot “jail-break” their cars in order to evade external command override.

And all this must keep in mind the possibility that other governments around the world — notably China's — may be as or more eager to see AVs built with such capabilities, but not necessarily to U.S. standards.

Last, but by no means least, is whether such override systems could possibly be made hack-proof. A system to allow authorized people to control someone else's car is also a system with a built-in mechanism by which unauthorized people — aka hackers — can do the same.

Even if hackers are kept out, if every police officer is equipped to override AV systems, the number of authorized users is already in the hundreds of thousands — or more if override authority is extended to members of the National Guard, military police, fire/EMS units, and bus drivers.

The likelihood that car makers, repair personnel, and entertainment companies will want to communicate with other parts of the car adds further complications. It is unlikely that every last one of them will play by the rules.

Clearly, whether and how government gets that kind of power is a question both serious and deep. Better start thinking about it now.

Martin Libicki is a senior management scientist at the nonprofit, nonpartisan RAND Corporation.

This commentary originally appeared on MarketWatch on April 4, 2016. Commentary gives RAND researchers a platform to convey insights based on their professional expertise and often on their peer-reviewed research and analysis.