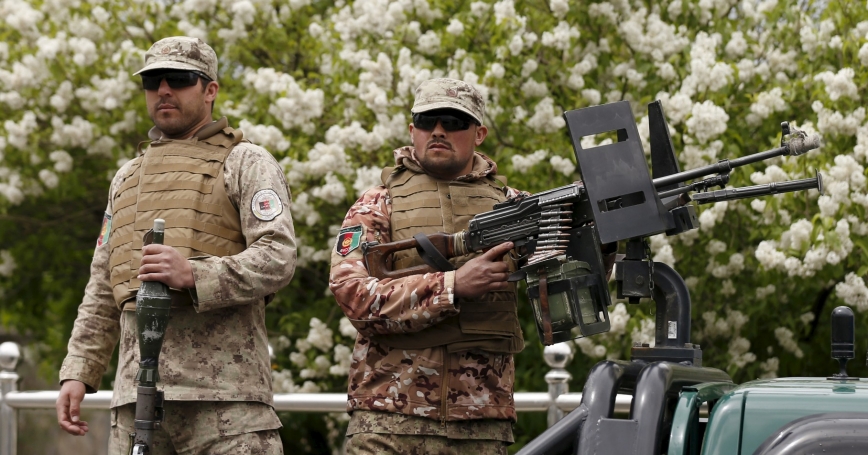 Last week, the Taliban announced the opening of its annual spring offensive. The year ahead is going to be a difficult one for the Afghan government and the small cadre of American and NATO troops that remain in country.

For the past several years, the United States and its NATO allies have been scaling back their military commitment in Afghanistan. The Taliban, in response, have been scaling up their operations, inflicting unprecedented heavy casualties on Afghan government forces and gaining increased control over much of the countryside. Last year, the Taliban briefly overran and occupied Kunduz, a provincial capital in the north of the country. More recently, they have been threatening the capital of Helmand province in the South.

The coalition government in Kabul headed by President Ashraf Ghani and Chief Executive Officer Abdullah Abdullah is riven by factional infighting, complicating its relations with the Parliament and slowing the appointment of key officials. Despite a slowdown in the economy, however, the government has been able to sharply increase revenue by cutting corruption and increasing efficiency within the financial and customs bureaucracy. Nevertheless, the governing coalition remains vulnerable to the sort of shocks the Taliban might be able to deliver.

The Taliban has its own problems. The revelation that its former leader, Mullah Omar had been dead for more than two years led to recriminations over the cover-up by his chief lieutenant and a jockeying among possible successors. Omar's principal deputy, Mullah Akhtar Muhammad Mansour was able, with Pakistani support, to assume the reins of leadership, but he does not enjoy the same degree of unquestioned loyalty as did his predecessor. In addition to internal dissent, Mansour must also deal with a direct challenge from the Islamic State, which has opened a branch in Afghanistan, recruited dissident Taliban elements, and begun to battle both the government and the mainline Taliban.

The United States, China, and Pakistan have been working with President Ghani and his government in an effort to promote peace talks with the Taliban. Pakistan, which hosts the Taliban leadership and some of its deadliest operatives, is key to this effort. Pakistani military and intelligence officials are encouraging the Taliban to open such talks but so far have not been willing to employ all the leverage at their disposal. Pakistan regards the Taliban both as an asset for influencing events in Afghanistan and as a potential enemy. The Pakistani military has consequently not been ready to arrest or expel those Taliban elements that do not join peace talks and negotiate seriously. Until it does so, there seems little reason to look for early progress or even the opening of talks.

President Barack Obama had hoped to end the wars in Iraq and Afghanistan during his term of office. The rise of the Islamic State in Iraq, Syria, Afghanistan, and elsewhere has put paid to that aspiration. Recognizing the fragility of the Afghan government and the mounting military pressure it is under, Obama has agreed to extend the American military presence there into 2017, leaving his successor to determine what comes thereafter. It seems likely that Obama will also step back from his currently stated intention to cut remaining American troops strength, now around 10,000 in country, by almost half by year's end. The next president will be advised by top military, intelligence, and diplomatic officials that the withdrawal of remaining American support would plunge Afghanistan into a much wider civil war, opening up opportunities for both al Qaeda and the Islamic State to consolidate their presence and organize attacks on the United States and its allies.

This commentary originally appeared on The Cipher Brief on April 21, 2016. Commentary gives RAND researchers a platform to convey insights based on their professional expertise and often on their peer-reviewed research and analysis.