What Is Being Done in Europe to Get Mothers Back to Work? 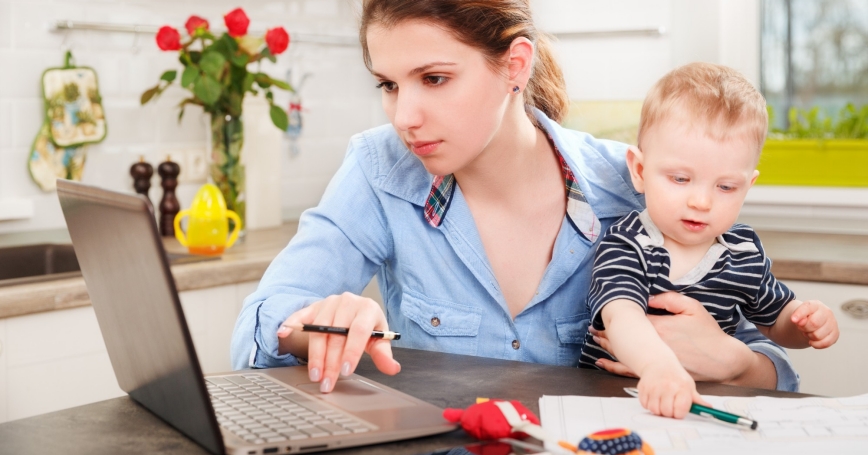 by Emma Harte and Joanna Hofman

In Europe, women are still less likely to be employed than men. According to Eurostat, in 2014, a total of 59.6 per cent of women and 70.1 per cent of men were in employment, irrespective of their education.

The report following the World Economic Forum Global Gender Gap Index 2015 acknowledges that EU countries do well in terms of relative gender parity overall. However, it states that more still needs to be done to help women, especially mothers, enter the work force.

Helping mothers get back to work has a number of economic and social benefits: it supports women's economic independence; helps reduce the gender pay gap; and further boosts economic growth. But, perhaps most importantly, the employment of mothers could keep more children away from poverty.

Although a number of reasons exist for the employment gap between men and women, motherhood has been singled out as having a negative impact on labour market integration. Compared to both women without children as well as fathers, mothers are less represented in the workforce, work fewer hours, and their work life is impacted by childcare. Costs and quality of childcare can act as one of the main barriers for a mother's re-entry into the workforce, with up to 53 per cent of non-working women (aged between 16 and 65) surveyed in the EU stating they do not work due to childcare related expenses.

To address this imbalance, EU level strategies and policies have been established—from the Europe 2020 strategy, which aims to generate smart, sustainable and inclusive growth in the EU, to the most recent strategic engagement for gender equality 2016-2019, which outlines key priorities and activities set out to further reduce disparities between women and men in the EU.

The European Social Fund (ESF) plays an important role in meeting the goals set out by the Europe 2020 strategy. It finances programmes and projects across the EU member states, which are designed to promote quality in access to employment, career progression, equal pay at work and improvements in access to childcare.

A RAND Europe policy brief as part of the European Platform for Investing in Children project explored how the ESF has supported childcare across the EU. It highlighted some good examples of how ESF funding has facilitated improved access for mothers to further education and employment.

A great example is the Young Mums Will Achieve (YMWA) project in Cornwall, which was created by Cornwall Council in conjunction with Fit'n'Fun Kids and Cornwall College following funding from ESF. The aim of YMWA is to help build skills in young mothers aged 14-18, while providing free childcare for their children in order to lower one of the barriers to their continuing education. Prior to the project, just 20 per cent of teenage parents were in employment, education or training, with the majority being at serious risk of social exclusion. However, as a direct result of the project, by the end of 2011, this number had gone up to 35 per cent.

Other examples of this positive impact can be found across other EU member states. In the Seine-et-Marne Department in France, the Balle au Bond project provides women, primarily, with a bespoke service including counselling and financial advice. In Kaunas, Lithuania, the Success project was established to aid women in achieving a work-life balance. Services included the provision of childcare, conducting training sessions and workshops and education to a range of stakeholders (employers, municipal representatives, etc.) on flexible working and gender equality.

The EU can be criticised for wasting money on programmes and initiatives that make little difference, but the examples above show that the ESF can significantly help to improve the prospects of single mothers, a group often deemed to be most at risk of social exclusion.

The vast majority of the projects are also great examples of “thinking outside the box” and looking beyond traditional solutions when attempting to improve gender equality, with the ESF continuing to evolve and fund more diverse programmes across the EU. The success of the ESF could act as vital guidance and encouragement for individual EU member states looking to address the issue of gender inequality within their own borders.

Emma Harte is associate analyst at RAND Europe with research focus on studies in higher education, migration and innovation. She works on a meta-evaluation of evidence-based practices in reducing child poverty and improving children well-being. Joanna Hofman is senior analyst at RAND Europe leading research studies and evaluations in the areas of employment, social inclusion and more. Before joining RAND Europe she was responsible for the implementation and evaluation of gender mainstreaming in the ESF programmes in Poland.

This commentary originally appeared on BlogActive.eu on April 26, 2016. Commentary gives RAND researchers a platform to convey insights based on their professional expertise and often on their peer-reviewed research and analysis.