Will the Arctic Remain a Warm Spot in Chilly U.S.-Russia Relations? 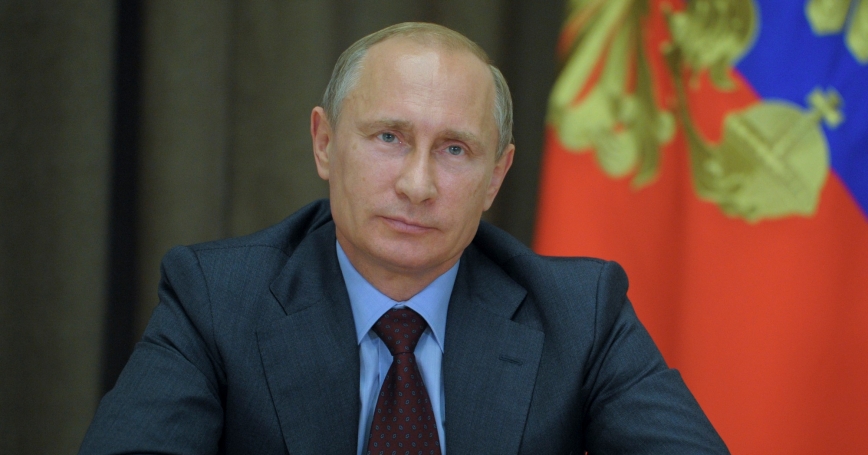 As the United States celebrated the first anniversary of its Arctic Council chairmanship on April 24, it had an opportunity to look back on several achievements, including the creation of the Arctic Coast Guard Forum last October. Through this organization, Arctic nations — including the United States and Russia — will collaborate and exercise together in areas such as search and rescue and emergency preparedness.

This development in Arctic safety and security is especially remarkable considering the recent resurgence of tensions between Russia and its neighbors. Russia's grab of Crimea and its use of military force to destabilize Eastern Ukraine have shed an ominous light on its recent efforts to expand its military infrastructure and presence in the Arctic region. The illegal annexation of Crimea also illuminated Russia's willingness to contest international law and reshape the interpretation of legal boundaries to fit its interests, raising questions about whether Russia might do the same with respect to its continental shelf claim around the North Pole. Recent tensions driven by a stronger Russian and NATO presence in the Baltic region also appear to have spilled over into the Arctic.

How much longer can the Arctic maintain its peaceful status?

The U.S. Arctic Council chairmanship, succeeding Canada's, has had to function in the context of this tension and uncertainty to construct policy that promotes the best interests of those in the Arctic region. Now in its 20th year, the Arctic Council has evolved to become the most prominent forum for Arctic cooperation on safety, environment and other areas of mutual concern (excluding defense) for the eight Arctic countries and six indigenous peoples organizations. Twelve entities also participate as observers on the council. Prior to the creation of the Arctic Coast Guard Forum, other notable achievements included two binding agreements on search and rescue (2011) and oil pollution preparedness and response (2013). Beyond any particular agreement or decision, the Arctic Council has also served more generally to promote cooperation, rather than competition, in the region.

The U.S. chairmanship has taken the wise — and so far effective — step of maintaining the council's ability to promote cooperation in the Arctic, regardless of geopolitical tensions elsewhere. Far from giving a blank check to Russia for its actions in eastern Europe, this stance recognizes that Arctic issues go well beyond political, military and economic matters to also encompass environmental and safety issues; the well-being of indigenous communities; and scientific research on the extent and future impact of climate change — all areas where cooperation not only creates shared benefits but is also the only possible approach given the challenges of operating in a polar environment.

Enduring cooperation in the Arctic is best understood when considering the conditions in which humans — whether indigenous communities, merchant navy crews or members of the military or homeland forces — operate there. The Arctic is a remote region that is difficult to access, dangerous to navigate and arduous to exploit. Cooperation is much cheaper than competition. The challenges to the relatively few present in the region make working together, practically speaking, a necessity.

All Arctic nations stand to gain more from cooperation than competition.

While the United States and its Arctic neighbors have several important stakes in the region — first nations' cultures to celebrate, energy resources and fisheries to exploit, maritime routes to transit, northern approaches to defend — there is also recognition that the Arctic, through the council and other such opportunities for collaboration, represents an open line of dialogue with Russia. Having a safe space to engage with Russia in the context of a relationship that is otherwise fraught with tension is a rare and valuable commodity. It is difficult to estimate a country's intent when it is closed off from the rest of the world. The sort of diplomatic and political interactions that have been maintained in the Arctic area provide precisely such an opportunity.

The United States also recognizes that the Arctic is not Ukraine. It is highly important strategically for Russia, but unless a threat materializes close to the Russian northern coast, Arctic nations are not in Russia's near abroad. Russia does not have to fear losing its influence in the Arctic region — instead, it is exercising influence through its inclusion in Arctic governance institutions. Russia so far has benefited from the existing legal order in the Arctic and the United Nations Convention on the Law of the Sea and stands little to gain, at this point, from upsetting that order. While a dramatic Arctic thaw may fundamentally change this situation in the medium to long-term, few believe anymore that a “race for resources” in the Arctic will happen soon. As waterways remain treacherous to navigate and hydrocarbons reserves still prove difficult and hazardous to exploit, the Arctic environment, at least in one regard, has not changed: All Arctic nations, including Russia, still stand to gain more from cooperation than competition.

While the United States cannot ignore Russia's growing capabilities in the Arctic — despite economic challenges, Russia's military infrastructure in its Arctic region has been growing over the past few years — this situation should not fundamentally question the United States' approach of engaging Russia in the Arctic Council and maintaining cooperation where it can be maintained, and where the two countries — as well as other Arctic nations — have shared interest.

As it embarks on a second year of chairmanship and prepares to pass the baton to a Finnish chairmanship in 2017, the United States should continue with its policy of engagement with Russia within Arctic institutions, which is not only the best but also the only way to keep building on a track record of successful agreements that make the Arctic safer for all. In doing so, the United States and Russia will continue to invest in an open line of dialogue that will only become more important if tensions persist elsewhere and as international interest in the Arctic grows.

This commentary originally appeared on U.S. News & World Report on April 27, 2016. Commentary gives RAND researchers a platform to convey insights based on their professional expertise and often on their peer-reviewed research and analysis.