Will the PLA Reforms Succeed? 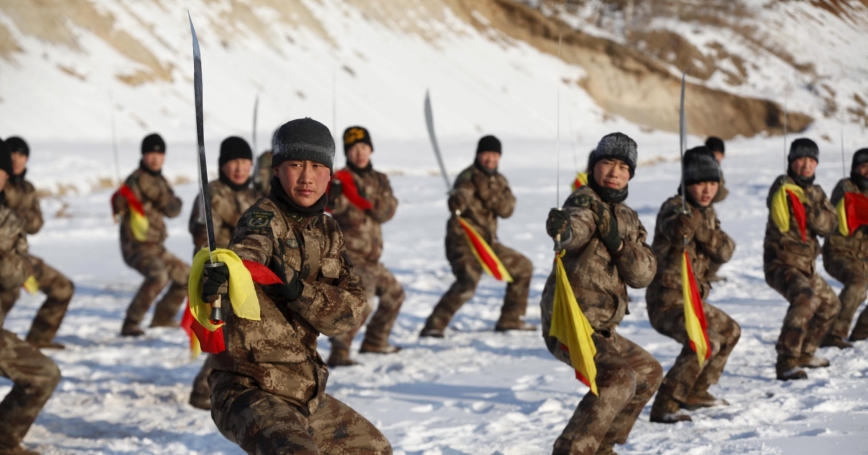 At the Third Plenum of the 18th Central Committee of the Chinese Communist Party (CCP) in November 2013, major reforms to the Chinese People's Liberation Army (PLA) were announced. Beginning in September 2015, elements of the reform programme have been made public and the process is expected to last until 2020. The changes challenge a number of established interests, including by restructuring the Military Region system as well as the four General Departments, which have been blamed for facilitating patron-client ties in the PLA.

Official sources say that these and other reforms are necessary to transform the PLA into a military force capable of conducting integrated joint operations to protect the Party's interests within and beyond China's borders. PLA analysts point out the importance of implementing the reforms, but also highlight the challenges that will come in attempting to carry them out, especially given entrenched interests within the PLA.

Since they began in September, the reforms have already brought about large-scale changes to the force structure, organisation, and operational command of the PLA. On 1 January 2016, the Central Military Commission (CMC) released an “Opinion on Deepening the Reform of National Defence and the Armed Forces” (hereafter, the “Opinion”), which provides the rationale, objectives, and priority areas for the reform programme.[1] The “Opinion” states that the reforms represent the only way to achieve the rejuvenation of the military as well as China's national-level goals, including the goals of becoming a “moderately prosperous society” (小 康社会, xiaokang shehui) by 2021, and becoming a “modern socialist country” by 2049.[2] The reforms are also necessary to overcome the structural and policy barriers that exist in the current national defence system.

According to the “Opinion”, the main principles of the reforms are to reorient the PLA to the “correct political direction” of Party control and to improve combat capability by creating an integrated joint operations system that can fight and win wars. Other areas targeted for reform include strengthening innovation and promoting a “rule by law” mindset, so that the reforms are seen within the context of a system of laws and regulations. Policy changes are to be complemented with reforms to organisational systems, and these reforms are to be introduced incrementally, so as to ensure the stability of the armed forces and effective integration with them.

Three of the reforms are particularly significant for the near-term future. First, the roles of national-level, theatre- level, and service-level organisations have been redefined. The description of the new delineation of powers is that “the CMC manages, the theatre commands focus on warfighting, and the services focus on building [the forces]” (军委管总、 战区主战、军种主建, junwei guanzong, zhanqu zhuzhan, junzhong zhujian). The CMC has greater authority over the four old General Departments, whose functions have now been reorganised into 15 bodies that are under the direct control of the CMC.[3] The Theatre Commands (战区, zhanqu) replace the seven military regions.[4] They will conduct combat operations under the “joint operations command system” (联合作战指挥 体制, lianhe zuozhan zhihui tizhi), as part of an effort to improve joint warfighting operations in contrast to the old, peacetime-focused Military Regions. The services have also been profoundly transformed. An Army headquarters has been established for the first time, aligning it with other services. The Second Artillery Force, which controlled China's nuclear and conventional missiles, has been elevated to the level of a separate service called the Rocket Force. Along with the Navy and the Air Force, this brings the total number of services to four. The services will focus on force “building”, or manning, training, and equipping the armed forces. Finally, the newly-created Strategic Support Force will focus on cyber, information and electromagnetic warfare, and possibly some areas of space operations as well.

Second, the PLA as a whole is continuing to decrease in size, though (it is hoped) to increase in quality; a new 300,000 personnel reduction follows two similar cuts in the late 1990s and early 2000s. The reform programme has also introduced policies aimed at improving talent recruitment and development within the armed services. It is likely that a significant portion of these cuts will apply to the PLA Army, although no specifics have been announced yet with regard to any major reductions.

Third, the “Opinion” discusses improvements to PLA regulatory systems that would reduce the power of bribes, position-buying, and other corrupt practices that have led to public disciplinary action being taken against PLA officers in recent years.

PLA analysts and stakeholders have pointed out both the opportunities presented by the reforms and the challenges of implementing them. Largely in line with official commentaries, Xu Debin argues that the PLA needs to be open-minded and to consider the reforms in the light of the new challenges that China faces and the new requirements for the PLA in dealing with them.[5] Xu draws a historical analogy: he contrasts nineteenth-century Japan's ability to grapple with outside concepts and reforms (including military reform) with the late Qing Dynasty's rejection of foreign ideas. Xu implies that the PLA has failed to incorporate foreign ideas about some aspects of modern warfare. He notes that since the “reform and opening” era began in the 1970s, China has not managed to develop a truly modern army or navy. Xu says that one of the main areas of resistance to the current reform programme involves concerns about how the relationship between the theatre commands and the services will work in practice. The theatre commands are tasked with warfighting, while the services are supposed to build modern forces – but some fear that in view of this split, the services may pursue force modernisation efforts that are not relevant to war- fighting requirements. Meanwhile, the theatre commands may not recognise the limits under which the services are operating due to personnel or costs. And it may be “difficult to focus [the new] command authorities” (难以集中指挥统 领, nanyi jizhong zhihui tongling) in order to prosecute a conflict. These concerns may indicate that mechanisms for coordination between the theatre commands and the services have not yet been fully worked out.

Senior Colonel Tang Junfeng also points out potential roadblocks to the military reforms.[6] These include resistance within organisational systems because of inertia, the difficulty of breaking through conflicts of interest, and the difficulty of measuring military effectiveness. The lack of recent wartime experience may also pose a problem, because the usefulness of reforms is difficult to test during peacetime, as well as because a severe defeat can often provide the strongest impetus for reform. Tang cautions that reforms developed by a peacetime military may lack operational relevance, particularly since any idea can be rebranded as a reform, even if it represents outdated thinking. He also notes that it is difficult to undertake reforms within one's own organisation, but considerably easier to ask them of others. When confronted with challenges to their interests, some military organisations will respond by exaggerating the threats they currently face so as to block implementation. They may also apply political pressure to the reformers, or shape the reforms in such a way as to benefit their organisation but alter the impact entirely—even, potentially, by adding inefficiencies rather than reducing them. Tang's article is a warning that in its efforts to reform, the PLA must not end up actually becoming less efficient or less capable.

How effective will the reforms be?

The “Opinion” acknowledges the “unprecedented range of impact” of the reforms, saying that they “touch on deep interests” within the PLA. Despite the disruption to these entrenched interests, the reform process will likely succeed in the end, at least in the terms of success defined by the Party: creating a politically reliable modern force capable of joint operations. Such speculation seems credible because the reform programme provides the right balance of carrots and sticks to three core groups that can be identified within the PLA. The first group consists of officers who either see value in building a more capable fighting force or hope to advance their careers by implementing the new policy (or both). The second group includes senior officers who have risen to the top of the current system. Many senior officers have been placated by being allowed to hold onto their current privileged status until they retire; though for a few, such as Liu Yuan and Cai Yingting, the case is different.[7] A third group of influential senior officers, who might otherwise resist reforms, will likely fall in line because of the threat of investigations, trials, or the worse fates that have befallen their disgraced colleagues.

However, even if the reforms are fully implemented, questions remain about the effects they will have on the PLA's operational capability. The PLA Army, Navy, and Air Force headquarters will be focused on manning, training, and equipping their respective services, while the five new theatre commands are tasked with leading military operations. But the new commanders and political commissars of the five theatre commands all come from the ground forces. This implies a continuation of Army dominance over a system that is supposed to be improving the PLA's ability to jointly prosecute conflicts by harnessing capabilities not only on land but also in the sea, the air, and other domains. As more details emerge about the leadership within each theatre command, one area to watch will be how Navy and Air Force officers are integrated into the leadership of the new commands.

In conclusion, the reforms underway within the PLA are in the process of delivering sweeping changes to its day-to-day operations, despite concerns held by some members of the military. Whether or not the overall implementation is successful as envisioned in the “Opinion”, assessing the operational implications of the reforms will require more time as details emerge from exercises and other activities in which the PLA puts “theory” into “practice”.

Cristina Garafola is a project associate and China specialist at the nonprofit, nonpartisan RAND Corporation.

This commentary originally appeared on China Analysis, ECFR on March 30, 2016. Commentary gives RAND researchers a platform to convey insights based on their professional expertise and often on their peer-reviewed research and analysis.