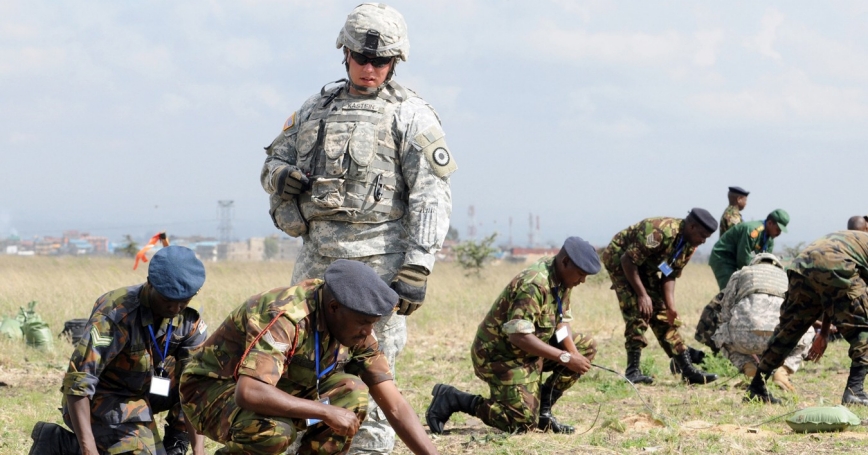 A team of U.S. Army soldiers from Combined Joint Task Force-Horn of Africa lead counter-IED training with the Kenyan Army

Security assistance (or, according to current U.S. government parlance, “security sector assistance”) to weak and fragile states is one of the most contentious issues in U.S. national security policy today. Fighting the Islamic State and Al Qaeda without a large-scale U.S. troop deployment requires the help of partner governments. Unfortunately, nearly all of these regimes are weak, have poor human rights records, or both. How, then, should the U.S. government balance the risks of cooperating with such troubling governments against the risk that the Islamic State or similar groups could gain strength in these places?

Much is right about this perspective, but it overestimates the chances of U.S. assistance making a situation worse (rather than simply being ineffective) and the likelihood of the United States finding suitable partners in many critical regions of the world. It also underestimates the potential costs of U.S. inaction and — most importantly — frames as a dichotomous choice what is better understood as a spectrum of competing risks. Instead of following inviolable principles (e.g., “governance first” versus “security first”), U.S. decisionmakers should acknowledge the various trade-offs at stake and undertake a more explicit risk assessment before committing to providing security sector assistance…

Stephen Watts is a senior political scientist and associate director for Defense and Political Science at the nonprofit, nonpartisan RAND Corporation. His research has focused on insurgency and counterinsurgency, stability and peace operations, security sector assistance, and political development in the wake of civil wars. He formerly held fellowships at Harvard University's Belfer Center and the Brookings Institution and served in the U.S. State Department. This essay is drawn from a lengthier report, Identifying and Mitigating Risks in Security Sector Assistance for Africa's Fragile States.

This commentary originally appeared on Lawfare on May 1, 2016. Commentary gives RAND researchers a platform to convey insights based on their professional expertise and often on their peer-reviewed research and analysis.