Conversations at RAND: A Sobering Look at the Opioid Epidemic 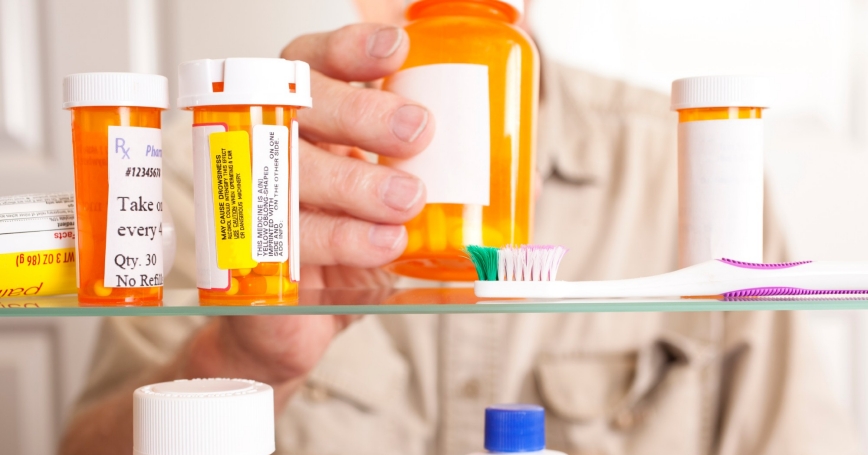 More than 47,000 opioid overdose deaths occurred nationally in 2014, making such overdoses the single greatest cause of accidental death in America. It is a burgeoning phenomenon whose roots go back decades but whose effects have only recently begun causing national alarm.

Panelist Michael Flaherty, a clinical psychologist with a long and distinguished career in the field of addiction, provided some historical context. “In 1995, the American Academy on Pain proclaimed pain as the 'fifth vital sign,' and no individual should have pain,” he said. Americans began complaining to their doctors, who began writing prescriptions, and the pharmaceutical industry responded by developing and marketing stronger (and highly profitable) pain-killing drugs—with addictive properties, Flaherty said.

As a result, there are enough prescriptions “afloat, across our nation, for nearly every single adult to have a 30-day supply of opiates in their medicine chest,” he said. Physicians are unprepared to deal with this level of opiate use, and “societal denial” has led to inadequate capacity to treat addiction. As for the millions who go untreated, Flaherty said, “they're in our jails, and they're in our emergency rooms, and they're in our graves.”

The hourlong discussion delved into the complex, interlocking trends and forces shaping the epidemic, including societal attitudes toward pain and addiction, poor understanding of the mechanics of addiction itself, economic drivers, legal responses, and treatment approaches. 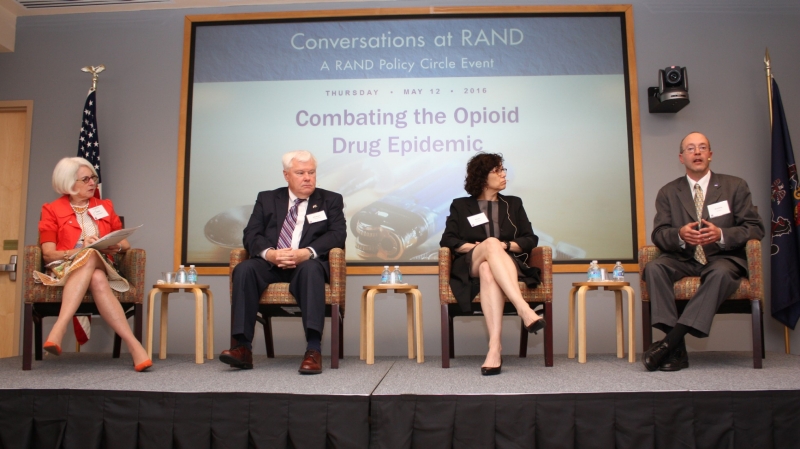 Also on the panel were moderator Karen Wolk Feinstein, president and CEO of the Jewish Healthcare Foundation and a member of Pennsylvania Gov. Tom Wolf's Health Research Advisory Committee; RAND's Bradley Stein, senior natural scientist and an adjunct associate professor of psychiatry at the University of Pittsburgh; and Karen Hacker, director of the Allegheny County Health Department, secretary to the county Board of Health, adjunct professor in the departments of Health Policy and Management and Behavioral and Community Health Sciences at the University of Pittsburgh's Graduate School of Public Health, and a clinical professor at the university's medical school.

Stein allowed that “there is no silver bullet here,” but pointed to emerging state and federal policies beginning to show “the path forward.” A health services and policy researcher with clinical experience working with children and adults with mental health and substance use disorders, Stein has teamed with other RAND researchers to gather data on treatment approaches to improve understanding of the problem and care for those afflicted. Much of their recent work is summarized in a RAND research brief, Policies to Support a Better Treatment for Heroin and Prescription Opioid Abuse.

“This is a problem that's going to take a whole different variety of policy approaches” to address, Stein said, but progress is being made: “Over time, we have seen changes in how we think about treatment.”

The panelists all stressed the importance of studying the nature of addiction and collecting data on treatment methods—both their effectiveness and their unintended consequences—and improving treatment access for, especially, rural populations.

Hacker expressed frustration with the historic lack of attention to addiction and ways to prevent it. She called for more study of pain management, why medication has to lead to addiction so often, and whether there might be evidence-based prescriptions for prevention. “There are people with chronic pain who have been on pain meds forever” yet aren't addicted, she said.

Flaherty described lawsuits states are preparing that will try to hold pharmaceutical companies responsible for the social costs of addiction—and the resulting pushback from drugmakers.

“This is an industry,” Feinstein agreed. She asked about alternatives to pharmaceutical pain management, and what data show about the effectiveness of complementary and alternative therapies.

Stein responded that alternatives can be effective and suggested that education and a shift in thinking would be beneficial. “How can we create a health care system,” he wondered, “so it's not just an individual [physician], but it's a system so that people are receiving the appropriate treatments that minimize the possibility of unintended consequences” like addiction.

As a wish list for continued research, Flaherty called for hard data on the cost to society of not treating addiction, confident it would be far higher than the cost of treating it. He also wondered how to maximize opportunities for interventions by health professionals or law enforcement before an overdose ends a life.

Stein echoed the others' calls for approaches aimed at prevention, actionable interventions, and predictive analytics.

“Addiction isn't an acute disorder—it's not like a fever. This is a chronic disorder that's episodic and relapsing,” Stein said. “It's critical to keep in mind that these are real people, and real lives.”