If California Legalizes Marijuana, Consumption Will Likely Increase. But Is That a Bad Thing? 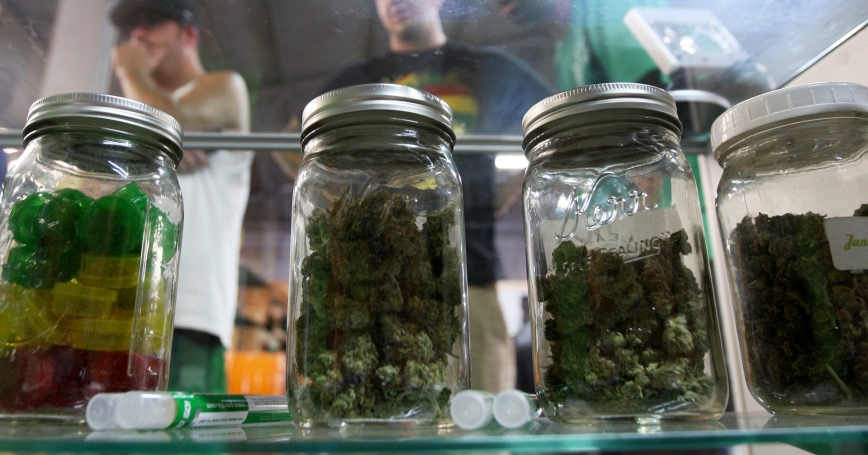 People look at products at the medical marijuana farmers market at the California Heritage Market in Los Angeles, California July 11, 2014

In six months, California will join Maine, Nevada and probably a few other states in deciding whether or not to legalize the large-scale commercial production of marijuana. Residents will be inundated with wild claims about the promises and pitfalls of these initiatives.

You will hear debates about government revenue, criminal justice benefits, the environment, and the effect of legalization on Mexican drug-trafficking organizations. Public health conversations may prove especially contentious. Some will claim that legalization will constitute a net gain for health. Others will say the exact opposite.

Although you shouldn't believe either extreme, one fairly safe bet is that if we legalize and allow profit-maximizing firms to produce, sell, and advertise recreational marijuana, use will increase.

The data from Colorado and Washington, where voters legalized recreational marijuana in 2012, are still preliminary. We do know, however, that the number of Coloradans who reported using marijuana in the past month increased from about 10.5 percent in 2011-12 to nearly 15 percent in 2013-14. In Washington, reported use increased from just above 10 percent to almost 13 percent.

Given that both states' preexisting medical systems already provided quasi-legal availability, it is hard to imagine that commercial legalization did not account for at least some of these increases. (That said, other factors could influence marijuana use and it will be some time before researchers have enough data to conduct rigorous analyses. Some of the increase could also come from respondents being more honest now that marijuana is legal in their states).

But is an increase in marijuana consumption a bad thing from a public health standpoint? Not necessarily.

Much will depend on the types of users who account for the increase — adults or children? Heavy users or light users? No one wants kids to get stoned at school or to become regular users while their brains are still developing. And no one wants adults to be impaired at work or behind the wheel. Some heavy marijuana users, moreover, struggle to control their consumption and this can create challenges for them and their families. But there are real benefits associated with marijuana use, such as medical relief or simply pleasure.

Exactly how people consume marijuana will also help determine public health consequences. In addition to vaporizing marijuana plant material (which reduces inhalation of carcinogens and other substances), people can and do eat, drink, vape hash-oil, and “dab” waxes that are high in the intoxicating chemical THC. The negative effects of overconsuming edibles are well-documented, but much less is known about the pros and cons of these other forms.

Perhaps the most important consideration is how increased marijuana consumption may influence the use of other substances.

We do not know if marijuana legalization will lead to more or less drinking.

It would be a real blow to public health if an increase in marijuana use led to increased tobacco use. Even though the bulk of the research suggests this is a possibility, one cannot assume that the relationship would remain the same under a different legal regime. Besides, most of the relevant studies were conducted before e-cigarettes and marijuana vape pens became popular, so researchers and voters alike have to be careful about making projections.

There is also a new and much smaller body of research suggesting that increasing the availability of marijuana reduces problems with opioid painkillers. Some of these studies, however, are working papers that have not yet been subject to rigorous peer review.

When you vote on whether to legalize marijuana, public health consequences may not be at the top of your list. If they are, I'm here to tell you the experts have more questions than answers. That won't change before November.

Beau Kilmer is codirector of the RAND Drug Policy Research Center and coauthor of the recently revised book Marijuana Legalization: What Everyone Needs to Know.

This commentary originally appeared in Los Angeles Times on May 16, 2016. Commentary gives RAND researchers a platform to convey insights based on their professional expertise and often on their peer-reviewed research and analysis.