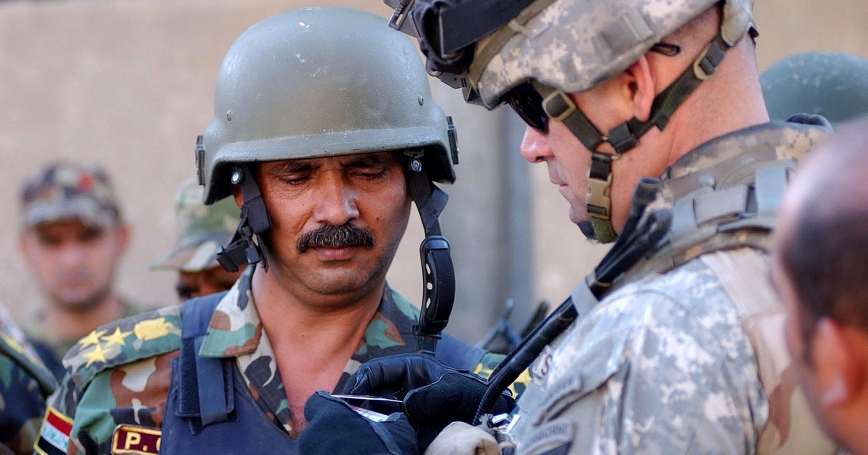 Three years of engagement with Sunni Arab Iraqis, analysis of Sunni Iraqi media and a recent trip to Baghdad with former ambassador Ryan Crocker's Task Force for the Future of Iraq have convinced me of two things. First, most Sunni and a number of Shia Arabs are hungry for more direct U.S. involvement in Iraq's political reconciliation process. Second, while Iraqi prime minister Haider al-Abadi has genuine intent to foster reconciliation, he does not have the political power to make it happen. Worse, as he struggles to form a new cabinet, he is rapidly losing the support of the Iraqi leaders he will most need to effect change. While the winds of political influence can quickly shift in Baghdad, it seems most likely that reconciliation will remain at best a secondary issue while the government contends with Sadrist protestors, wavering reform efforts and the omnipresent threat of Shia militias. These “alligators closest to the boat” continue to distract from the crucial process of reconciling the Sunnis with their government. It is time for the United States to step in and take the lead for reconciliation in order to bolster the tactical fight against ISIL and to ensure Iraq does not further destabilize.

Reconciliation in Iraq is essential to defeating ISIL and preventing the continual recurrence of ISIL-like groups. ISIL itself emerged from the ashes of Al Qaeda in Iraq primarily because a root cause of the 2003–2008 Iraqi insurgency—perceived Sunni disenfranchisement—was left unresolved and then exacerbated by the previous Iraqi government. Reconciliation between Sunni and Shi'a Iraqi Arabs would undermine ISIL's base of support, reduce regional sectarian tensions and ultimately help stabilize Iraq. This is a widely held view: my 2014 arguments for prioritizing reconciliation to defeat ISIL have been echoed by U.N. Secretary General Ban Ki-Moon, and similar, more recent arguments have been made by other scholars of Iraq. There is an ongoing Sunni Arab revolt against the Iraqi government. ISIL terrorism is only a symptom of a mass movement sparked by increasing anti-Sunni abuse. Therefore, reconciliation has both a strategic and tactical value: convincing Sunni Iraqis to side with the government will address the war's root causes while isolating and weakening the remaining ISIL forces in Iraq. With genuine reconciliation—and only with genuine reconciliation—military action can be used to decisively and permanently defeat ISIL in Iraq.

Yet instead of pushing reconciliation on all fronts, the U.S. government is committed to working through the government of Iraq. This judicious approach is tailored to strengthen al-Abadi's struggling government. But it perhaps unintentionally echoes T.E. Lawrence's often misconstrued and paternalistic advice to Westerners dabbling in Middle Eastern insurgencies: “Better the Arabs do it tolerably than that you do it perfectly.” Thus far the Lawrence method has proven ineffective and it is not clear it will succeed in the long term without additional U.S. action. The go-slow, advisor-like approach towards reconciliation is fostering uncertainty, precluding rapid military success, allowing ongoing cross-sectarian violence at the margins of the counter-ISIL fight and undermining U.S. credibility in Iraq and the broader Middle East.

There are two ways the United States can take charge of the reconciliation process. Ideally the United States would take direct action under the authority of the ambassador or a special envoy. This would involve fostering intra-Sunni engagement to help the community develop genuine leadership, a necessary first step towards negotiation and political enfranchisement. More importantly, now that the United States is, in the words of one former Sunni insurgent leader I spoke with, “no longer an occupier,” it is better positioned to be an effective broker between Sunni and Shia Iraqis. A strong hand will be needed to bring these communities together, building from ongoing yet mostly unreported cross-sectarian engagement at lower levels.

There is risk in the overt approach. Some Shia might perceive U.S. involvement as favoring the Sunni, a perception that if left unaddressed could undermine U.S.-led reconciliation efforts. I believe these perceptions can be managed, but an alternative to overt action is available. If the current “by, with and through” policy cannot be adjusted, then the United States should quietly but aggressively support a broad array of Track II engagements. While previous efforts have not borne fruit, enthusiasm for engagement is at its highest point since ISIL crossed the Syrian-Iraqi border to seize Fallujah in January 2014. Every Sunni Iraqi Arab I have spoken with in the past three years, including tribal leaders, businessmen, former insurgent leaders, retired military officers and Baathists, want the United States to facilitate reconciliation....

Ben Connable is a senior international policy analyst at the nonprofit, nonpartisan RAND Corporation and a professor at the Pardee RAND Graduate School.

This commentary originally appeared on The National Interest on May 4, 2016. Commentary gives RAND researchers a platform to convey insights based on their professional expertise and often on their peer-reviewed research and analysis.