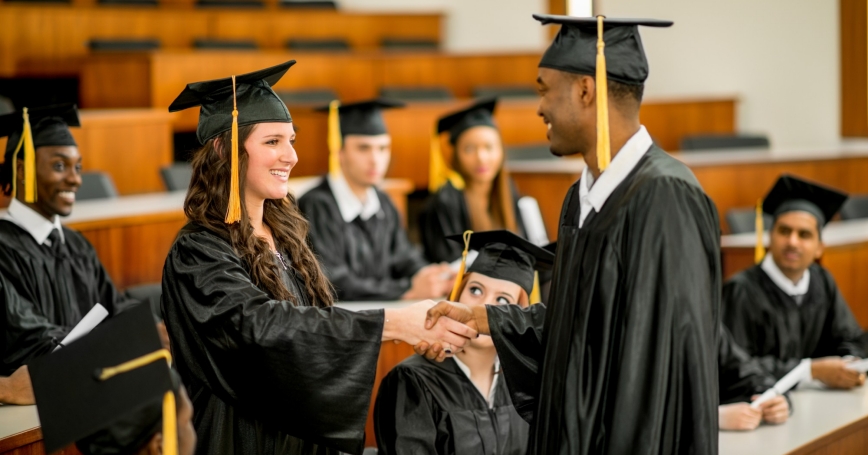 When the White House announced that President Obama's oldest daughter, Malia, would be taking a so-called “gap year” before enrolling at Harvard University in fall 2017, it set off a flurry of public discussion about the pros and cons of taking time after high school to “deepen practical, professional, and personal awareness,” in the words of the American Gap Association.

Critical to this conversation is the importance of high school graduates making the right choices that place them on a pathway for long-term success. Many young people get accepted to college but choose to take time off after high school graduation and before enrolling. These deliberate gap-year students say they are motivated by a desire to travel, work or volunteer and expect these experiences will enrich their personal growth and decisionmaking in college and beyond.

Naturally, a nonprofit organization called the American Gap Association, founded in 2012, is a proponent of the gap year. A survey (PDF) the nonprofit organization commissioned that was conducted in 2014–2015 reported that these students fare better academically and personally once enrolled in college than their non-gap year counterparts did. But other research has shown that students who take a less direct path from high school to college find it more difficult to return to the rigors of study and have lower college-completion rates.

In the United Kingdom, where taking a gap year is far more common, a study by the Department of Education (PDF) revealed that deliberate gap-year students are no less likely to complete their university education than those who go to college right after high school.

The effect of a gap year on longer-term outcomes, including employment and earnings, is more nuanced: Intentional gap-year students tend to earn slightly less on average than those who go straight to college from high school, but that could be because they have less work experience since they delayed college and graduated later. Nonetheless, gap-year students may have gained personally and professionally in ways that are not as easy to quantify as income.

However, gap-year students who took time between high school and college without gaining college acceptance and having a deliberate plan did fare worse than those who went to college directly after high school, according to the U.K study.

Only a fraction of U.S. high school graduates currently choose to take a gap year, and these students typically come from socioeconomically advantaged households and have well-educated parents, according to the association survey. The financial costs associated with a gap year can add up and include travel and living expenses combined with the delay in earning a degree and the income associated with it. So it is not surprising that a gap year is often perceived as an option—some view it as an indulgence—available mostly to students with means.

Yet a gap year implies that a more considered approach to education and career is being taken—an approach that could benefit students far beyond those who can afford to take a year off based on socioeconomic status. According to Department of Education data, many students do not complete their degree in six years—including more than 40 percent of students enrolled in four-year public institutions, 35 percent at private non-profit institutions, and about two-thirds at private for-profit institutions. The longer it takes students to get through college after enrolling, the more likely they will be saddled with significant debt that will impact them economically and affect their life choices down the road.

A gap year doesn't necessarily address the many issues that keep students from completing college, such as the financial cost of higher education and the lack of college preparedness. But more targeted advising of high school students regarding purposeful career choices and understanding what it may take to get there just might. A gap year tailored to their interests might be a good idea for some students who could benefit from work experience that might firm up career plans and help them hone practical and interpersonal skills that would be useful in college and later on in the job search process.

The gap year could also be spun in a way that advances the journey toward a college degree. Those choosing to work for or volunteer with a university-approved organization could earn college credit. A few institutions already offer this opportunity, but they are the exception rather than the rule.

High schools and universities should work together, with the support of policymakers, to develop programs that would provide a wider spectrum of U.S. students with the opportunity to take a purposeful gap year—and enter college with some real-world adult experience behind them.

Louay Constant is a policy researcher at the nonprofit, nonpartisan RAND Corporation and a professor at the Pardee RAND Graduate School.