Researcher Q&A: Beau Kilmer on the State of Marijuana Legalization 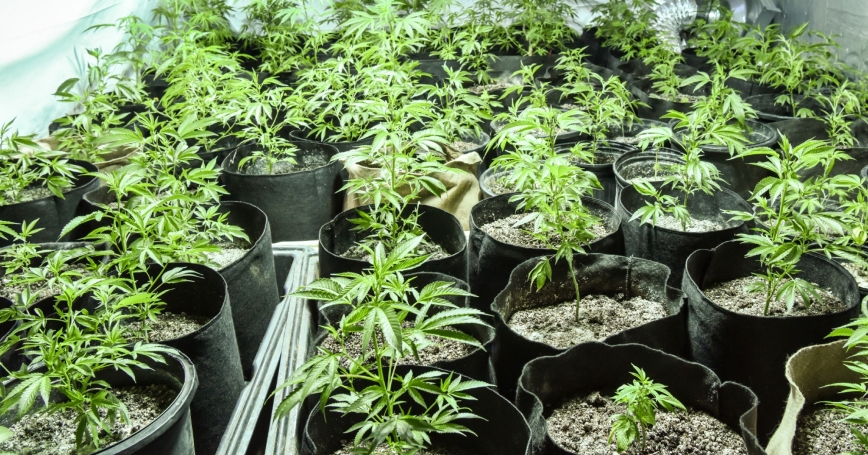 Much has changed since the book “Marijuana Legalization: What Everyone Needs to Know” was first published four years ago—so much so that at least 60 percent of the material in the second edition is new, says Beau Kilmer, co-director of the RAND Drug Policy Research Center and a co-author of the nonpartisan primer.

In this Q&A, Kilmer addresses developments in marijuana policy and why reasonable people can disagree about marijuana legalization.

Drug policy is a fascinating topic that also intersects with a number of social issues that are important to me.

It all started when I spent my senior year of high school arguing about drug policy as a member of the debate team. I wrote op-eds about it when I was at Michigan State and was lucky enough to get a summer internship at the RAND Drug Policy Research Center after my junior year. I continued working with RAND throughout undergrad and grad school and after I finished my Ph.D. I knew it's where I wanted to be.

What was the genesis of the book “Marijuana Legalization”?

Around 2009, the conversation started getting serious about legalizing marijuana in California. A legalization bill had been introduced in the legislature and there were discussions about what would end up being Proposition 19, the marijuana legalization initiative that ultimately failed—53.5 percent voted no. In 2010, I coauthored a few RAND reports intended to help voters and policymakers in California and elsewhere think critically about the topic.

Around the same time, Jonathan Caulkins, Angela Hawken, and Mark Kleiman, were working on a book, “Drugs and Drug Policy: What Everyone Needs to Know” for Oxford University Press. It seemed like an interesting way to get research on marijuana to an outside audience, and they asked me to join them in writing about marijuana legalization.

What does marijuana legalization look like today in the United States?

Alaska, Colorado, Oregon, and Washington state are creating commercial models, where profit-maximizing firms are producing and selling it in marijuana-only stores. But Washington, D.C., is doing something different. They have legalized home production, possession, and made it legal for adults to give marijuana away to other adults—but you can't buy it in stores.

In the book, we review the latest statistics on what is happening in Colorado and Washington as well as highlight the developments in Uruguay and Jamaica.

In November at least three states will vote on this issue, including California. Some state legislatures are also grappling with legalization. In Vermont, the state senate passed a for-profit commercial model but the House rejected it a few weeks ago. I expect marijuana policy will remain a hot topic in Vermont.

To the north, Justin Trudeau, Canada's new prime minister, made marijuana legalization part of his platform, and his minister of health recently announced plans introduce legislation to legalize marijuana in 2017.

What other models of marijuana legalization are there?

In the United States much of the discussion is focused on a false dichotomy. Debates typically focus on prohibiting marijuana or establishing a for-profit commercial model. But there are a number of middle-ground options such as the home production that's being allowed in the District of Columbia or cannabis social clubs that we see in Spain and Uruguay. Those models aren't going to generate serious revenues but they can help reduce the size of the black market and interactions with the criminal justice system.

But if you care about generating revenue, there are other options.

For example, you could have a government monopoly on supply, aimed at shutting down the black market, controlling price, and preventing marketing. RAND's report on marijuana legalization for the State of Vermont discusses this option (and others) as does an article my colleagues and I wrote that was published in the American Journal of Public Health.

Participation in the market could be restricted to nonprofit organizations, such as those that focus on child welfare or public health, or even for-benefit corporations that focus on people and the planet as well as profits. The bottom line is that there are options for bringing in revenue and decreasing the size of the black market short of adopting a for-profit commercial approach similar to the U.S. alcohol model.

Every choice has trade-offs and no one really knows how legalization will play out. Over time, jurisdictions might try different approaches. But if you go from prohibition to a for-profit model and eventually decide that you want to try something else, you should realize it's a lot harder to make changes once the industry develops and the lobbyists are entrenched.

Is it hard to find funding for marijuana policy research?

Yes. The Robert Wood Johnson Foundation used to have a separate stream focused on substance abuse policy research but that dried up in 2009 or so. The National Institute of Drug Abuse is now putting some money into legalization evaluations and a few foundations are funding one-off projects in this area. There isn't a foundation or private donor that has made a public commitment to funding objective marijuana policy research, especially when it comes to thinking about the design issues and implementation of alternative marijuana policies. Having a source of funding for objective research could make a real difference in improving public health and public safety.

Absolutely! When we wrote the first edition of the book, all four authors were in agreement about the information in the first 15 chapters. We diverged in chapter 16 when we each decided to write a few pages about our own opinions about marijuana policy. We didn't plan it this way, but it turned out we were all over the map. Just goes to show that people can agree on the facts but differ on what should be done.

But for those wondering whether legalizing marijuana will end up being a net benefit or cost for public health—in terms of accidents, diseases, mental health, mortality, and quality of life—it's a harder decision. We really don't know how it is going to play out.

So what's next for you?

I really enjoy co-directing RAND's Drug Policy Research Center (with Rosalie Pacula), where we work on all issues related to substance use and drug policy—not just marijuana. I've been doing a lot of research on reducing heavy alcohol consumption and creating credible deterrent threats that reduce both crime and incarceration. My research on 24/7 Sobriety programs has led me to ask whether those whose drinking leads them to repeatedly threaten public health and safety should lose their “license to drink.”

And, of course, I will continue to collect data on marijuana legalization and work hard to understand the consequences, both good and bad.