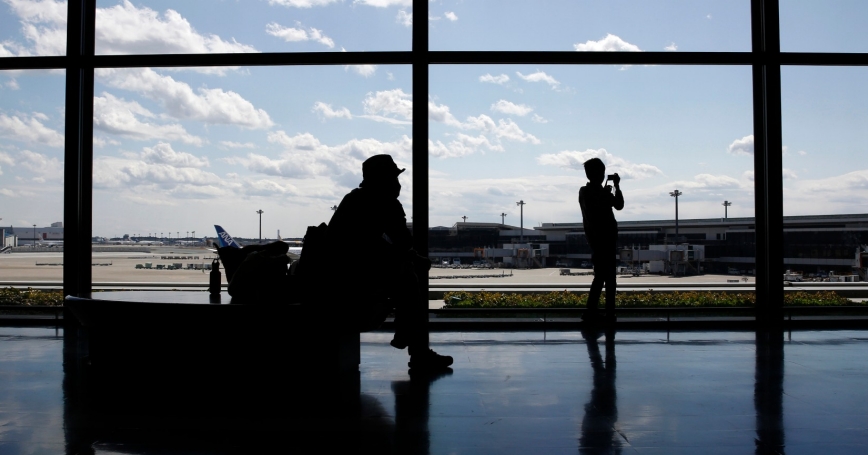 Vacationers considering trips to Belgium, France, London or other destinations in Europe may find themselves asking: Is it safe to travel there?

This anxiety is understandable, given deadly terrorist attacks in Brussels and Paris and, more recently, possible terrorist involvement in the crash of an EgyptAir plane out of Paris. In some cases the anxiety is reinforced by official travel warnings and security advisories reminding people to exercise vigilance. But an examination of the historical record of terrorism in the United States and Europe from 1970 to 2013 suggests that the threat of terrorism need not affect individuals' behavior and travel decisions — not even in the wake of significant attacks like those in Brussels and Paris.

Inherent in the concern expressed by travelers is the presumption that such attacks come in clusters, that a major terrorist attack somehow increases the likelihood that another one will soon occur. But is that really true?

Our analysis found that the distribution of small but fatal terrorism events (those killing at least one but less than three people) appears not to have been random in Europe and the United States between 1970 and 2002, but it does appear random between 2003 and 2013. In the earlier period, events were more inclined to occur in clusters, but not so for the most recent years.

We also found that larger events that kill three or more people, like those in Brussels and Paris, were not necessarily followed by additional attacks within the month that follows. From 1970 to 1993, trigger events did produce statistically significant clustering in their wake. But between 1994 and 2002, occurrences of small events did not significantly relate to trigger events. Again, in the most recent years, there was no statistical clustering of the kind that might indicate a surge in terrorist activity or the occurrence of deadly copycat attacks.

There may be a historical explanation. Terrorism in the United States and Europe from the 1970s to the 1990s was statistically dominated by groups engaged in continuing domestic campaigns of violence. During this period, the Provisional Irish Republican Army and Spain's Basque separatists accounted for a large share of the total recorded activity. Attacks often came in offensive surges or what we would identify as statistical clusters. With the gradual suppression of the separatist terrorist campaign in Spain and resolution of the conflict in Northern Ireland, the clusters disappeared. The abatement of activity associated with just these two campaigns also explains the overall decline in the volume of terrorism in Europe.

Why the relative “tranquility” during the years since 9/11? The more turbulent 1970s saw more groups in the field with definable constituencies, and they were better organized than today's terrorist groups. In addition, modern counterterrorism efforts involving law enforcement and intelligence have made it more difficult to carry on continuing terrorist campaigns.

These findings about the absence of clustering for terrorist events around trigger events since 1994 and the general decline in the volume of terrorism in the West — putting aside, of course, the 9/11 attacks — suggest these events should not affect travel plans. When a terrorist event happens in a major city, there is no evidence that another event will happen in that city (or even elsewhere in the West) in the month afterward.

Increasing security immediately after major attacks is not unwarranted. Taking such measures may prevent follow-on or copycat attacks and enable authorities to deal with surges in reports of suspicious behavior and malicious hoaxes that may follow terrorism events. Similarly, calls for people to exercise vigilance are well placed. But in light of historical trends, much of the personal anxiety about increased dangers seems unwarranted.

We cannot be certain if these trends will continue. Europe has certainly seen an increase in terrorist attacks by jihadist extremists in recent years, and an examination of terrorism events before and after 9/11 omits this single catastrophic event. While the historical record suggests travelers have not faced an increased danger in the days and weeks following major terrorist attacks in recent years, current assessments are driven by what terrorists might do in the future. And that, as the world learned on 9/11, cannot be predicted.

Henry H. Willis is director of the Homeland Security and Defense Center at the nonprofit, nonpartisan RAND Corporation and a professor at the Pardee RAND Graduate School. Brian Michael Jenkins is senior adviser to the president of RAND and the author of How the Current Conflicts Are Shaping the Future of Syria and Iraq.

This commentary originally appeared on USA Today on May 20, 2016. Commentary gives RAND researchers a platform to convey insights based on their professional expertise and often on their peer-reviewed research and analysis.