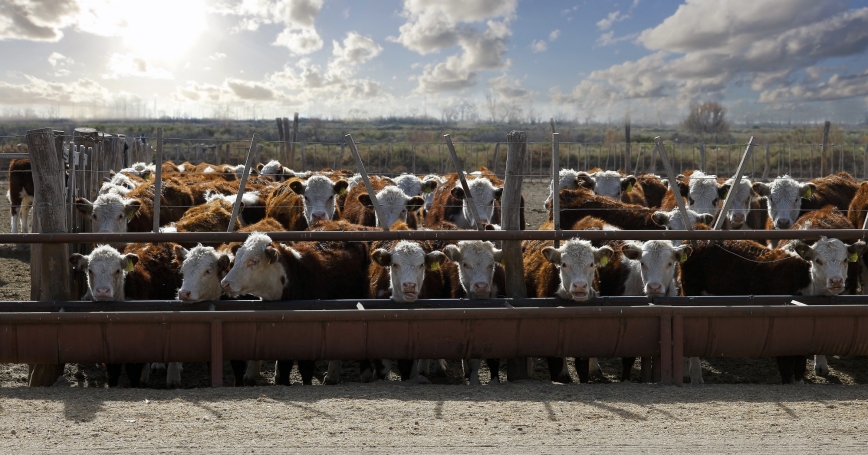 Concern about antimicrobial resistance (AMR) among policymakers, industry, and the public has increased dramatically in recent years. Such concern is well informed. In 2015 alone, the World Health Organization (WHO) launched its first Global Action Plan on AMR, the United States unveiled a five-year National Action Plan for Combating Antibiotic-Resistant Bacteria (PDF), and the G7 Health Ministers released a joint declaration (PDF) to collaborate and support global efforts to address AMR. WHO also held its first World Antibiotic Awareness Week, coinciding with headlines that bacteria resistant to the last-resort drug colistin had been identified in hospital patients, livestock, and meat in China.

These actions acknowledge AMR as a global issue. While it is understood to be a public health problem, it is now becoming clear that AMR is also a major economic concern. Like climate change, drug resistance does not respect geographical boundaries and its spread cannot be addressed without countries working together. AMR crosses sectoral boundaries since resistant bugs can pass between animals and humans, and through food, agriculture, and the environment. In all these areas, AMR is tied to economic issues.

Efforts to tackle AMR are affected by economic factors, such as market incentives that help drive the development of new antimicrobial drugs, vaccines to prevent infections, and diagnostic tools that could help doctors and veterinarians determine whether antimicrobials are needed by a human or animal patient. Economic factors also influence the development of new antimicrobials and related treatments, such as diagnostics and measures to prevent infection.

There has been no major new class of antimicrobials discovered since the late 1980s, with few drugs in the pipeline, meaning microbes are developing resistance faster than new antimicrobials are being developed. Despite the clear need for new antimicrobials, companies that could work on developing them have been reluctant to do so, because they face uncertain returns on investment.

It would take more than 20 years for any investment in antimicrobial research to yield a profit in the current market, according to research done as part of the UK Review on AMR a two-year examination of antibiotic resistance, which was commissioned by the UK government. Most new drugs can compete with and potentially replace those currently in use as the first choice of treatment when they enter the market, but the commercial future for new antimicrobials is much less promising. New antimicrobials would likely be used as a last-resort option, to be used only when existing drugs fail.

Efforts to reduce the use of antimicrobials make them less attractive investments for innovation. It can be argued that, in this instance, public health should take precedence over commercial interests, with profits not just being linked to the volume of drug sales, but also to the public good.

These economic challenges are reflected in the policy action plans from WHO and the European Union. The WHO AMR action plan devotes one of its five objectives to economic issues, and calls on EU member states, the WHO Secretariat, and international partners to: “Develop the economic case for sustainable investment that takes account of the needs of all countries, and increase investment in new medicines, diagnostic tools, vaccines and other interventions.”

WHO's AMR action plan also calls for public-private research and development (R&D) partnerships and international collaboration to speed up research and innovation. Because market incentives for drug development are tightly linked to the spread of AMR, there is also a need to ensure that appropriate incentives are in place to encourage private investment in the development of new antimicrobials and other tools, such as diagnostics and vaccines. Similarly, the European Union's AMR action plan focuses specifically on the acute lack of incentives for the development of veterinary antimicrobials.

To help build the economic case for AMR action, a RAND Europe team recently estimated the global costs if no progress were made on tackling AMR. We were asked to do this work as part of the UK Review on AMR, which was commissioned by Prime Minister David Cameron and led by British economist Jim O'Neill. We found that maintaining today's levels of infection and resistance rates would bring cumulative global economic losses of almost $6 trillion over the next four decades. High-income countries would bear most of the financial cost, while low- and middle-income countries in Sub-Saharan Africa or Southeast Asia would suffer most in terms of population losses, largely because of the high prevalence of infectious diseases such as malaria and HIV in those countries.

We also examined a “worst-case” scenario, a world in which there are no longer any effective antimicrobial treatments available to treat infections. In this scenario, cumulative global economic losses would reach $120 trillion ($3 trillion annually, which roughly corresponds to total current annual U.S. health care spending). Overall, the global population would be dramatically affected: By the year 2050, 444 million adults would have died or not been born in this scenario.

While these losses are catastrophic, the figures represent only a partial picture and are likely to be underestimates. Because of data limitations, the models used in the study could not include all conditions and diseases susceptible to resistance: workforce losses were the only costs considered. Secondary costs, such as situations where people decide to forego nonessential medical procedures for fear of getting an incurable infection in a hospital, were not included.

Another important aspect of AMR that was not included in the study is the use of antimicrobials in animals and food production. This is a strong contributor to drug resistance and likely to introduce its own set of economic considerations. As with humans, antimicrobials play an important role in disease treatment and prevention in agriculture. They contribute to the well-being of animals and the viability of agricultural enterprises worldwide, particularly in areas with low infection control and poor hygiene standards. More controversially, antimicrobials are used in many countries as growth promoters. The European Union banned this practice in 2006, but other countries have been slow to follow suit.

The scale of use of antimicrobials in animals also dwarfs that in humans. The UK Review on AMR noted that, among antibiotics considered important for human health, 70 percent of those sold in the United States were used in animals. The use of antimicrobials in agriculture is also expected to grow substantially in the next 10 years, particularly in emerging economies.

Efforts to tackle AMR include reducing the unnecessary and inappropriate use of antimicrobials in both humans and animals; therefore, limitations on their use in agriculture should be considered. This would require a careful examination of differential economic effects across world regions, reflecting the important role of livestock farming in many national economies.

In advanced economies, limitations on the use of antimicrobials in food production give rise to concerns about increasing food costs for consumers and decreasing competitiveness for producers. Low- and middle-income countries have limited capacity to monitor usage, enforce regulations, or implement antimicrobial conservation and stewardship programs. The policy priorities of these countries frequently and rightly focus on further developing their food production capabilities and improving access to antimicrobials. This complicated picture further illustrates the need for concerted global action.

Ultimately, AMR results from a complex set of factors that must be addressed together, incorporating coordinated actions across the human, animal, and environmental dimensions of the problem. AMR is an economic concern with global impacts and should be treated as such. The use of antimicrobials has brought great benefits to society; losing them could cost a fortune.

Jirka Taylor is an analyst at the nonprofit, nonpartisan RAND Corporation based in its Washington office. Catherine Lichten is an analyst and Elta Smith is a research leader in the Innovation, Health and Science team at RAND Europe, the European arm of the RAND Corporation, which has offices in Cambridge, United Kingdom, and Brussels, Belgium.

This commentary originally appeared on Cultures Magazine on May 20, 2016. Commentary gives RAND researchers a platform to convey insights based on their professional expertise and often on their peer-reviewed research and analysis.