The O'Neill Review: A Critical Step in Taking Global Action Against AMR 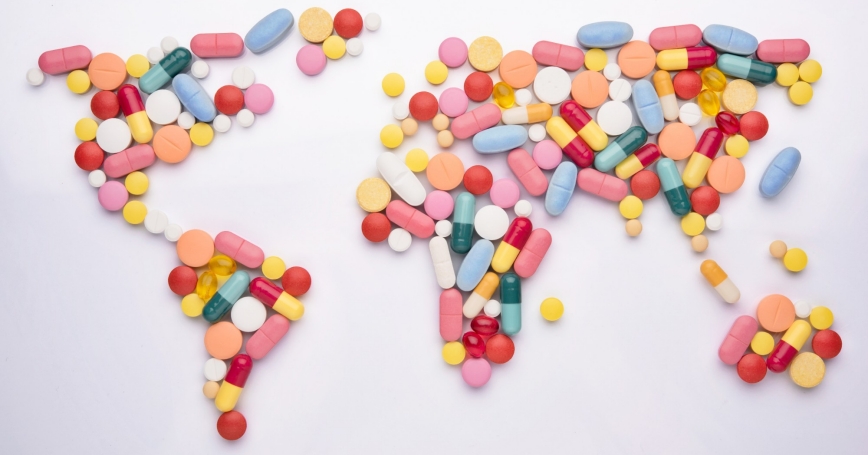 In a final report released Thursday, an independent Review on Antimicrobial Resistance (AMR), otherwise known as the “O'Neill Review,” has laid out a 10-point plan for tackling AMR. Four steps — awareness campaign, market entry rewards for drug developers, diagnostic market stimulus, and reduction of use of antibiotics in agriculture — are considered to be of particular importance. The report also presents options for securing the necessary funding for these steps from both public and private sources.

The review aims to further global knowledge about AMR and generate international consensus about the nature of the problem and the necessary steps countries and international bodies need to take to tackle the challenge. The recommendations in the report, led by economist Jim O'Neill, a well-known British economist who is Commercial Secretary to the Treasury of the UK government, were presented to UK Prime Minister David Cameron.

Over two years, the review published a series of papers on AMR that covered issues including the development of new antimicrobial drugs, and stopping the unnecessary use of existing drugs and antibiotics in agriculture and their circulation in the environment.

RAND Europe contributed to the O'Neill Review with analysis of the potential economic costs of AMR. Our work examined what could happen in the future if progress in tackling AMR is not made. We found that a continuation of the current situation — a world with no increases in the rates of infection or resistance — would result in a loss of between 11 million and 14 million working-age adults globally by 2050. The burden would be borne disproportionately by less-affluent regions, such as Sub-Saharan Africa and Southeast Asia, due to their relatively high prevalence of infectious diseases, such as HIV/AIDS and malaria.

We also constructed a “doomsday scenario,” which simulated a world with no effective antibiotics. In this scenario, the total value of loss of life would reach 444 million by 2050. In economic terms, this would result in a cumulative loss of more than 100 trillion USD, or an average annual loss of approximately 3 trillion dollars. While these are potentially devastating losses, they still do not capture all potential losses related to AMR. Due to a lack of available data, we could not include all conditions and diseases that may be affected by AMR. We also did not consider the effects of the agricultural use of antimicrobials in animals, which is a major contributor to drug resistance. Finally, we examined only the costs stemming from losses in the labour force, and did not look at such secondary costs as disruptions to travel and modern healthcare.

Using our cost estimates as a starting point, the O'Neill Review communicates the scale of the challenge and the need for truly international and collaborative solutions. It is a very welcome development that AMR has been increasingly recognised by international policymakers as a serious threat. Examples from 2015 include the World Health Organisation (WHO) Global Action Plan on AMR, and the first World Antibiotic Awareness Week. The Obama Administration also published an AMR National Action Plan (PDF) in 2015 and almost doubled funding in 2016 for the fight against AMR. In January, a Declaration by the Pharmaceutical, Biotechnology and Diagnostics Industries on Combating AMR (PDF), signed by 85 companies and nine industry associations in 18 countries, was launched at the World Economic Forum in Davos, Switzerland.

The European Union is a leader in the fight against AMR. Its activities are guided by the EU Action Plan on AMR (PDF), which sets out 12 actions to be taken by the EU and its member states. They cover the use of antimicrobials in humans and animals, research and development, international cooperation, monitoring and surveillance, and communication. The action plan adopts the holistic One Health concept to tackle AMR in recognition of the fact that the issue cuts across human health, animal health, and environmental concerns. Following the World Health Assembly in 2014, the EU worked with the WHO, Food and Agriculture Organization of the United Nations, and World Organisation for Animal Health to form a Global Task Force on AMR, aiming to make fighting AMR an international priority that incorporates the “One Health” approach.

The WHO has further recognised the action plan as providing the basis for activities at a global level. The Joint Programming Initiative on AMR is the EU's research coordination mechanism, and the WHO has highlighted the potential for its strategic agenda to be a framework for a global research agenda. The EU's monitoring and surveillance approach has also been cited as the foundation for a much-needed global effort to collect, share and analyse AMR-related data.

RAND Europe conducted an independent evaluation of the action plan, which expires in 2016, at the request of the European Commission. The findings and recommendations, which will be published soon, are expected to help inform future EU policy on this issue. The EU will continue to play a major role in global efforts to tackle AMR, not only coordinating the actions of member states, but also working with other countries, including the United States through the Transatlantic Taskforce on Antimicrobial Resistance and the WHO. These are all important steps in developing and executing global solutions to the AMR challenge.

Jirka Taylor is an analyst at RAND and Elta Smith is a research leader at RAND Europe.