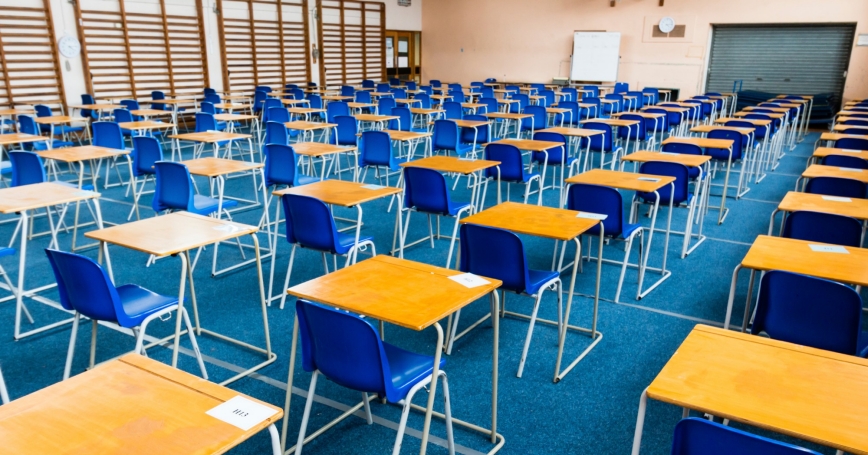 In public school districts across the country, spring is commonly referred to as testing season. But for the past several years, parents across the country have passively resisted participating in standardized testing by opting out. And the movement is gaining momentum. Last year, over half a million school-aged children did not participate in standardized testing. In New York state alone, nearly 1 out of every 5 students opted out.

Standardized testing, a longstanding feature of American education reform, is meant to serve at least three purposes: monitor student performance; improve teaching and learning; and evaluate the quality of teaching and schools. Policymakers have relied on standardized tests as a mechanism for assessing student progress and identifying racial and economic achievement gaps since the original Elementary and Secondary Education Act was passed in 1965, which was followed by the No Child Left Behind Act, signed into law in 2002 and the recently passed Every Student Succeeds Act.

Criticism of standardized testing is nearly as old as the testing itself. For decades, opponents have argued that the tests cause undue stress for both teachers and students, and that they do not provide valid or timely information about what students know and understand. Critics have also noted the consequences that high-stakes testing has for the curriculum, marginalizing courses in so-called untested disciplines like art and social studies, as well as untested skills and topics within tested courses. Recent research has shown that there is often very little overlap between the content that is actually covered in math and English language arts classes and the content that shows up on state standardized tests.

Given new urgency by the implementation of standardized tests aligned to Common Core State Standards, which were fully implemented in the 2014-2015 school year, many of these same criticisms have helped catalyze the current opt-out movement. These concerns were exacerbated, in many cases, by widespread technical issues that hampered the rollout (including issues with curricular materials and resources; issues with providing adequate professional development to teachers; and problems with new computer-based assessment systems), and the belief among some opponents that these tests were primarily designed to benefit the financial interests of private test development companies, rather than the educational interests of students and teachers.

When the opt-out movement first gained traction in 2014, it was initially dismissed by some educational policymakers as a movement primarily taken up by middle-class white families concerned that new standardized tests would reveal their children to be lower-achieving than once thought. Data from New York, for example, suggests that those opting out tended to come from more affluent areas and are more likely to be white.

However, data from Ohio have shown a much more inclusive movement, representative of the state population. Early evidence from 2016 suggests that the movement has been gaining momentum in communities of color — the Seattle chapter of the NAACP issued a statement in support of opting out, and principals in New York City have publicly voiced support for giving parents the right to opt out.

This gain in momentum reflects, in many ways, recognition of the long legacy of racial bias in standardized testing, and the persistent exclusion of parents of color from educational policy decisions. The extent that the politics of opt-out intersect with race and economic advantage raises questions about who is likely to benefit most from opting out.

Standardized tests still potentially offer some of the best objective information about student performance. Decades of research has shown that grading practices can vary dramatically depending upon the teacher, even within the same school. Research has also shown that reliance on teacher judgments about student ability may systematically limit access to accelerated classes and gifted programs for talented black and Hispanic students.

Yet standardized tests also offer critical information about systemic inequities in the U.S. educational system and have helped illuminate achievement gaps that persist between low-income students and students of color and their more economically advantaged white peers. Some argue that insights gained from standardized tests have played a key role in stimulating the development of programs and policies focused on addressing these inequities. (Whether these programs and policies have been impactful is also a matter of debate.) A parent's decision to opt out has social consequences that may reach far beyond the quality of an individual child's school-based experiences, as the Leadership Conference on Civil and Human Rights said in a statement opposing the opt-out movement. (The organization is composed of 12 national and civil rights groups including the NAACP and the National Council of La Raza.)

The opt-out movement raises some difficult and important questions regarding how and when standardized tests should be used, and their complex, multifaceted role in the educational system. The opt-out movement also presents an opportunity for reflection and reconsideration of the nation's educational testing system. For instance, tests that are well-suited to facilitate comparisons of student achievement are often not well-suited to evaluate teaching, and may not be useful as diagnostic tools to help teachers adjust instruction.

Policymakers will need to think carefully about how best to design high-quality testing programs that can fulfill multiple purposes, and make testing meaningful for parents and students. In New York, some changes have already been introduced — this year's standardized tests were shorter, untimed and not tied to teacher evaluation. Still, the answer to one complex question involving standardized testing remains elusive, for now: Will the opt-out movement promote meaningful and enduring changes in the educational system, and will these changes benefit the most at-risk and disadvantaged students?

Jonathan Schweig is an associate social scientist at the nonprofit, nonpartisan RAND Corporation.

This commentary originally appeared on U.S. News & World Report on May 9, 2016. Commentary gives RAND researchers a platform to convey insights based on their professional expertise and often on their peer-reviewed research and analysis.