All Eyes on Sirte: Beating the Islamic State, but Losing Libya 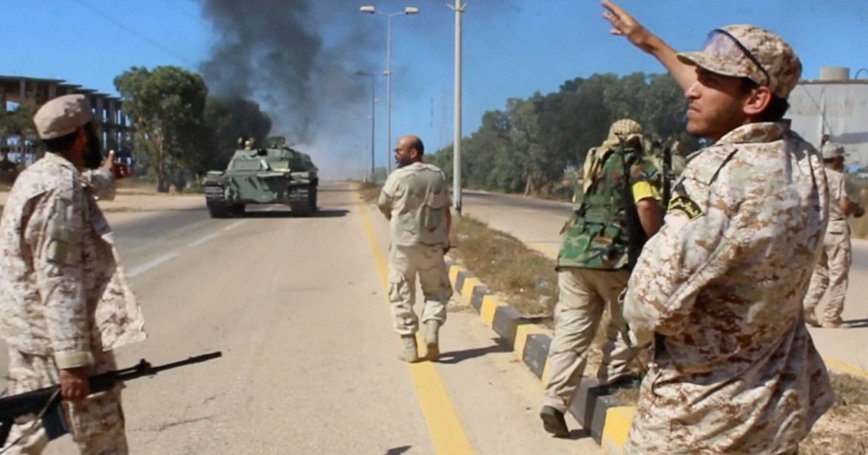 Soldiers from a force aligned with Libya's new unity government during an advance on the eastern and southern outskirts of the IS stronghold of Sirte, June 9, 2016

The battle against the Islamic State in Libya may be at a new and optimistic peak, but politically, the country is still a chaotic mess. The multi-pronged battle to wrest control of the Libyan coastal town of Sirte from the Islamic State may be distracting the transitional, U.N.-sponsored Government of National Accord (GNA) from uniting the country's warring factions and reaffirming trust in unbiased, national-level institutions. The international actors that have thrown their weight behind GNA as a channel to counter the Islamist state may be well advised to seek out an alternate strategy if this transitional government falters in its mandate.

In the two years since Libya's descent into violence, competing political groups and the array of militia groups scattered under their respective military umbrellas have driven rival factions to splinter, leaving space aplenty for the Islamic State to exploit. The Islamic State embedded itself in Sirte late last summer and expanded its territorial holdings across more than 100 miles of Mediterranean coastline and into southern regions. Libya's disparate political-militia groups, now including those affiliated with the GNA, are competing to be the main expeller of the Islamic State from Libya....

Amanda Kadlec is a project associate at the nonprofit, nonpartisan RAND Corporation. She conducted field research in Libya in 2011 and 2012 and is the author of the Libya chapter in The Middle East (13th Edition, Sage/CQ Press). She has also provided commentary on Libya in Foreign Policy, Sada, The Guardian, and other outlets.

This commentary originally appeared on War on the Rocks on June 23, 2016. Commentary gives RAND researchers a platform to convey insights based on their professional expertise and often on their peer-reviewed research and analysis.