Putin Is Trying to Bully Europe into Dropping Sanctions 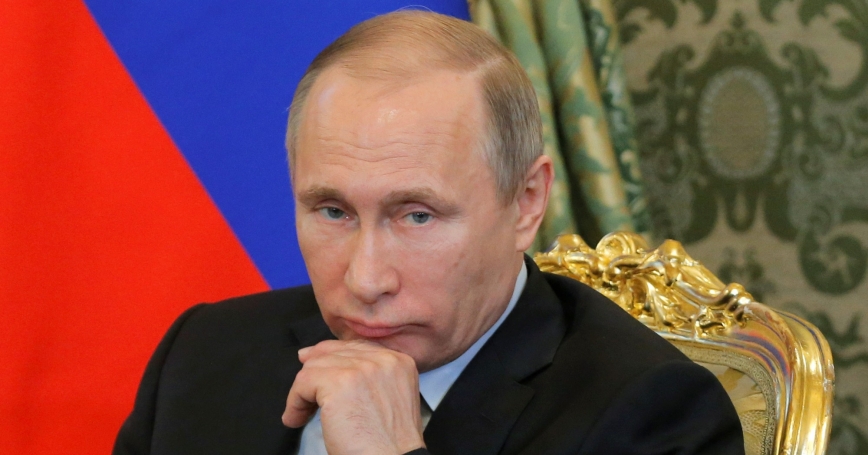 A top goal of Russian foreign policy is to erode Western opposition to its aggression in Ukraine. But many of Moscow's tactics are clumsy and self-defeating. Not surprisingly, the European Union is likely once again to renew sanctions.

Some in Europe are uneasy with the robust sanctions imposed in response to Russia's aggression in eastern Ukraine, especially those in the financial and energy sectors that harm economic interests in the sanctioning countries.

To seek relief from Western sanctions, the Kremlin is waging a campaign of public distortion and intimidation aimed at splitting Europe from America, and Europeans from each other.

Many of Moscow's foreign policy tactics are clumsy and self-defeating.

And there are, to be sure, troubling indications of support for sanctions relief, such as from leading German Social Democrats and the French Senate, which on Wednesday voted a nonbinding resolution calling for a “gradual and partial” lifting of sanctions, plus dark rumors that Hungary's right-wing government may seek to block consensus on sanctions renewal at this month's European Union summit. But Russia's overall effort is weakened by internal contradictions.

How has Moscow erred? Seeing Europeans as weak, unprincipled and gullible, the Kremlin angers and dismays them by its war on Ukraine and associated propaganda. A similar error in the early 1980s caused Moscow to fail to achieve its top foreign policy goal—dissuading NATO from deploying Intermediate-Range Nuclear Forces (INF) missiles in Europe as a counter to comparable Soviet SS-20 missiles.

As Mark Twain observed, “History doesn't repeat itself, but it often rhymes.” How so with Moscow's policies on missiles in the 1980s and Ukraine today?

These factors, taken together, undermine Moscow's aim of weakening Western opposition to Russia's aggression in Ukraine. Propaganda and deception by Russia Today and Sputnik appear to be less than effective. Even so, heightened leftist and nationalist pressures in Europe could wear down support for sanctions. The West must bend every effort to maintain a unified position on them.

Broader public opinion may be amenable to holding the line. In mid-May, the favored Russian performer in the wildly popular Eurovision Song Contest lost to the Ukrainian entry. The Russians cried foul, claiming that in their voting, other European countries had politicized the contest. This may not have been a case of Russian paranoia. Nobody likes a bully.

This commentary originally appeared on Newsweek on June 11, 2016. Commentary gives RAND researchers a platform to convey insights based on their professional expertise and often on their peer-reviewed research and analysis.