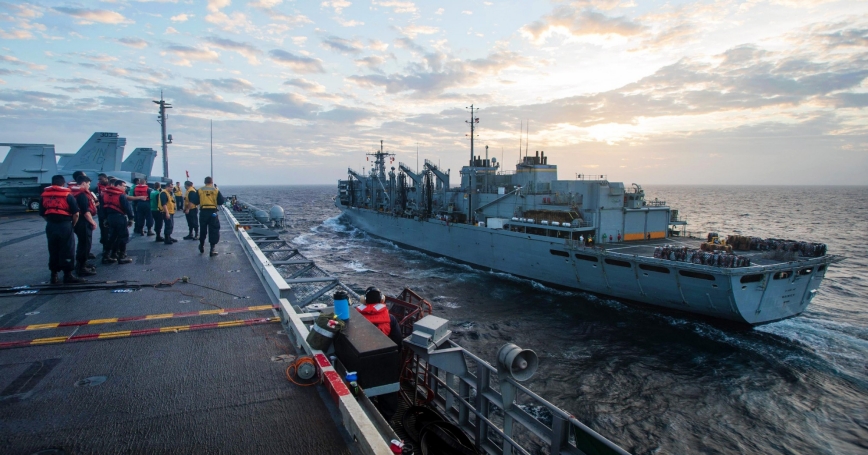 A spate of high-profile diplomatic feuds and military actions related to the South China Sea has raised concern about the direction of U.S.-China relations. At the Shangri La Dialogue held in Singapore from June 3-5, U.S. Secretary of Defense Ash Carter charged that China risked “self isolation” through its behavior in the South China Sea. For their part, Chinese officials and media have dismissed such criticisms. President Xi Jinping has firmly defended Chinese actions in the South China Sea, warning that “China will not accept freedom of navigation as an excuse to undermine China's sovereignty and national security interests.” One Xinhua commentary accused the United States of “building a Great Wall of containment and encirclement by gathering allies and instigating conflicts.”

On the water, a series of near-incidents have further added to the tensions. On May 10, a U.S. destroyer sailed close by a Chinese artificial island in the South China Sea. China responded by sending three combatant vessels and two fighter planes to ward off the U.S. ship. In June, U.S. authorities accused the Chinese of conducting a dangerous, high-speed intercept of a U.S. reconnaissance airplane operating in the South China Sea.

The maritime tensions stand out as the most prominent of a set of disputes between China and the United States. The two countries continue to argue over cyber espionage, trade and U.S. alliance activities in the Asia-Pacific, among other topics. Underpinning these various issues lays an intensifying strategic competition, driven largely by the rapid gains in Chinese national power relative to the United States. Although its growth is slowing, China's economy will very likely continue to expand at a higher rate than that of the United States, which could result in greater parity in GDP (PDF) between the two countries. China's military, while still inferior, has considerably reduced the gap in capability, especially in potential contingencies along its maritime border. Further investments could narrow the divide even more in coming years.

Beijing sees huge opportunity in these developments. Chinese leaders incessantly point out that long-term trends suggest a gradual evolution toward a more multipolar world order. Countries of the industrial West are expected to see their share of global GDP shrink (PDF), while that of the developing world will likely increase. Anticipating this shift, Beijing is positioning itself as a champion of developing countries. It has rejected the notion of universal political ideals and values founded on human rights and democracy and instead promoted a vision featuring a much weaker political consensus centered on material gains from trade and investment, and principles of non-interference....

Timothy R. Heath is a senior defense and international analyst at the nonprofit, nonpartisan RAND Corporation.

This commentary originally appeared on World Politics Review on June 27, 2016. Commentary gives RAND researchers a platform to convey insights based on their professional expertise and often on their peer-reviewed research and analysis.